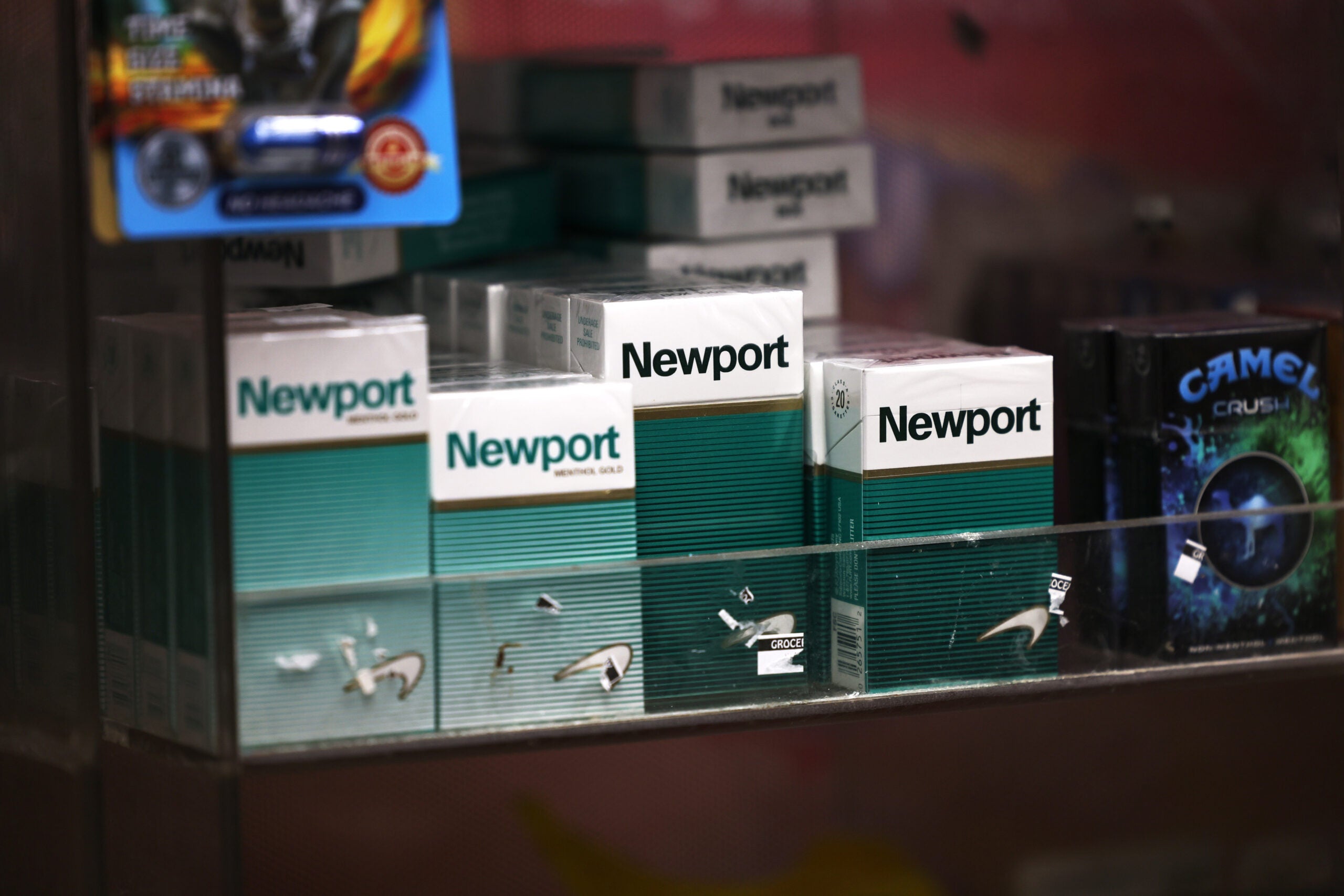 “The proposed rules would help prevent children from becoming the next generation of smokers and help adult smokers quit,” said Health and Human Services Secretary Xavier Becerra, in a statement.

He added that the ban would also be an “important step to advance health equity” by reducing disparities in tobacco use.

The Food and Drug Administration said eliminating menthol cigarettes could prevent between 300,000 and 650,000 smoking deaths over 40 years.

Menthol accounts for more than a third of cigarettes sold in the U.S, and the mint flavor is favored by Black smokers and young people. Menthol’s cooling effect has been shown to mask the throat harshness of smoking, making it easier to start and harder to quit.

The FDA has attempted several times to get rid of menthol but faced pushback from Big Tobacco, members of Congress and competing political interests under both Democratic and Republican administrations.

The agency has been under legal pressure to issue a decision after anti-smoking and civil rights groups sued the FDA for “unreasonably” delaying action on earlier requests to ban menthol.

The FDA will also seek to ban menthol and dozens of other flavors like grape and strawberry from cigars, which are increasingly popular with young people, especially Black teens.

The agency’s proposals on both cigarettes and cigars are only be initial drafts. FDA will take comments before issuing final rules, which then could face years of legal challenges from tobacco companies.

Menthol is the only cigarette flavor that was not prohibited under the 2009 law that gave the FDA authority over tobacco products, an exemption negotiated by industry lobbyists. The act did, though, instruct the agency to continue to weigh a ban.

Last April, the Biden administration pledged to try to ban menthol within the year, responding in part to African American groups who say menthol has led to lower quit rates and higher rates of death among Black people. Menthols are used by 85% of Black smokers.

“Black folks die disproportionately of heart disease, lung cancer and stroke,” said Phillip Gardiner of the African American Tobacco Control Leadership Council. “Menthol cigarettes and flavored cigars are the main vectors of those diseases in the Black and brown communities, and have been for a long time.”

In 2020, Gardiner’s group and several others sued to compel the FDA to make a decision on a ban.

In 2019, more than 18 million Americans smoked menthol cigarettes, with higher rates among young people, African Americans and other racial groups, according to the FDA.

The FDA made several efforts to begin eliminating menthol under both the Obama and Trump administrations, but has never previously released a formal roadmap of how the process would work.

“This is the first time there’s been support from an administration,” said Mitch Zeller, who recently retired after nine years leading FDA’s tobacco center. “If these rules are finalized they become the law of the land and it becomes illegal for menthol cigarettes and flavored cigars to be sold.”

In recent weeks, dozens of interest groups — for and against the ban — met with Biden administration officials to try and influence the proposed rule, which would wipe out billions in tobacco sales.

Menthol’s elimination would be a huge blow to tobacco companies, including Marlboro-maker Altria and Reynolds American, which sells the leading menthol brands, Newport and Kool. With the slow decline of smoking, tobacco companies have been diversifying into alternative products, including electronic cigarettes and tobacco pouches. But those ventures still account for a tiny slice of industry sales.

More than 12% of Americans smoke cigarettes, with rates roughly even between white and Black populations.

The Associated Press Health and Science Department receives support from the Howard Hughes Medical Institute’s Department of Science Education. The AP is solely responsible for all content.