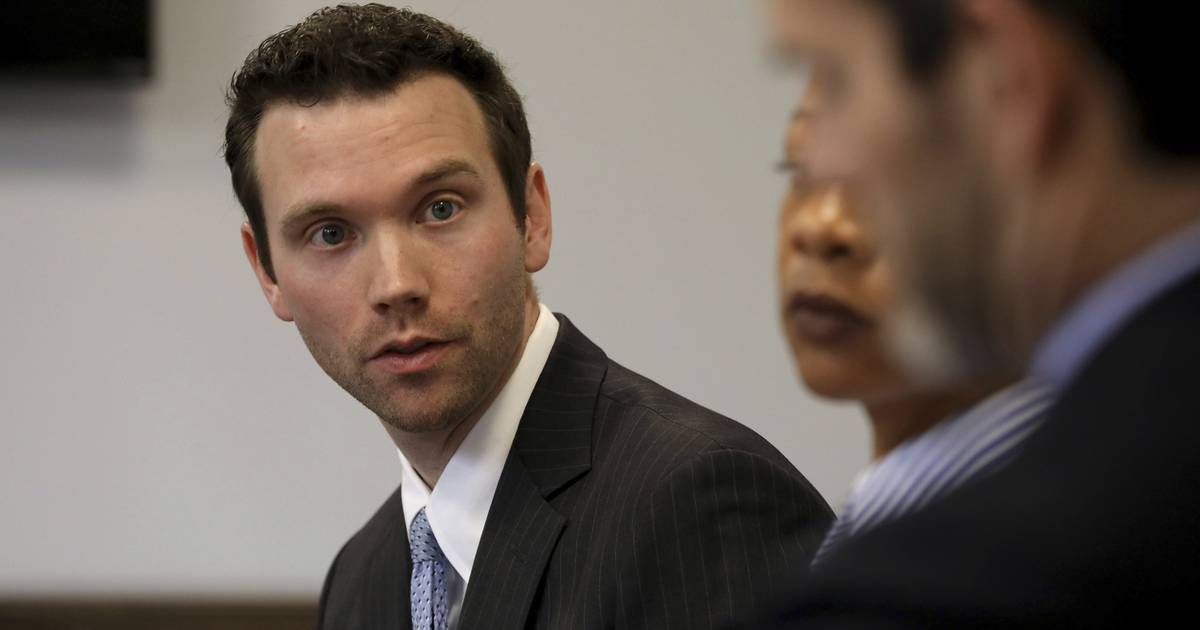 After an emotionally charged trial, a federal jury Monday found against a former Lincoln Park High School principal who claimed he was unfairly fired and defamed by Chicago Public Schools amid a student sex scandal nearly three years ago.

The jury of five women and three men deliberated for about 2 1/2 hours before finding across the board for the defendants, including the Chicago Board of Education, former CPS CEO Janice Jackson, and two other administrators and awarding the plaintiff, John Thuet, no damages.

Thuet, 38, kept his hands folded and showed no outward reaction as the verdict was read in U.S. District Judge Gary Feinerman’s courtroom. Afterward, he stood and hugged a handful of supporters in the courtroom gallery, including one woman who wiped tears from her eyes.

Thuet and his attorneys had no immediate comment as they left the Dirksen U.S. Courthouse. Representatives of CPS could not immediately be reached.

The six-day trial stemmed from Thuet’s lawsuit asserting he was deprived of due process, defamed and subjected to intentional infliction of emotional distress by his January 2020 dismissal, which occurred weeks after claims came to light that a student was sexually assaulted on an unauthorized overnight boys varsity basketball trip to Detroit. Other, unrelated claims of misconduct by staff members followed.

Thuet’s attorneys said the damage to his reputation from his ouster has prevented him from working in education and that, since his firing, he has resorted to driving for Uber Eats and learning how to code for work.

In opening statements last week, Thuet’s attorneys told jurors that Jackson caused the district to “fire, scapegoat, tar and feather” Thuet to save face for the newly created Office of Student Protections, which Jackson launched after the Tribune released its “Betrayed” series about the sexual abuse of hundreds of CPS students and the district’s repeated failures to protect children.

Attorneys for CPS, meanwhile, argued Thuet failed to take accountability for his actions or to act on the “hundreds of hours of training” he’d received in proper reporting of misconduct.

A key witness in the trial was Jackson, who testified that it was the right call to fire Thuet and that a series of public statements she later authorized about the decision were truthful.

“I would not take back anything,” Jackson told the jury Wednesday during often-contentious questioning by Thuet’s attorney.

Jackson also took some of the more vocal parents on the Local School Council to task for ignoring the “health and welfare” of student victims in favor of protecting the careers of adults. In a previous sworn deposition, Jackson had said the parents were “acting like fools.”

“I do think that the behavior of the parents, not all, but many of them, was completely unacceptable,” said Jackson, who left CPS in 2021 and now heads the scholarship program HOPE Chicago.