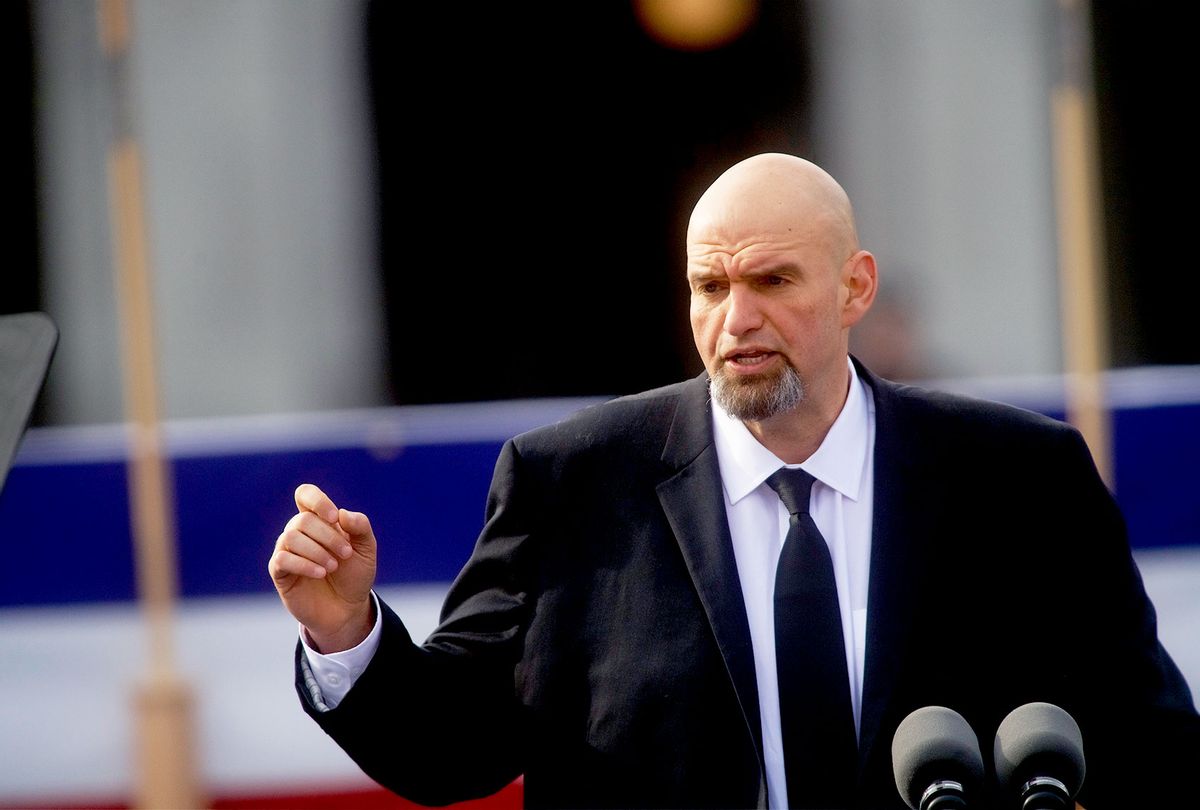 Decked out in a characteristic hoodie, Fetterman walked on stage to AC/DC’s “Back in Black” and the cheers of more than 1,350 supporters in Erie County, a key jurisdiction that President Joe Biden flipped in 2020 following his predecessor’s 2016 victory there.

“Feeling very grateful to be here,” Fetterman tweeted after his speech. “The stroke I suffered a few months ago was a very grave situation. I almost died. So, I’m not only grateful to be alive, but also for the campaign we’re building together.”

Mike Dropcho, a retired x-ray technician and former union member, told CNN he likes that Fetterman is “down to earth.”

“He’s not some celebrity that’s just in it for who knows what,” Dropcho said. “He appears to me to be somebody that’s for the people. He’s one of us.”

Despite being largely sidelined from the campaign trail for three months, Fetterman is beating Oz in fundraising and in the polls, thanks in part to creative online efforts highlighting, for instance, how the “out of touch” multimillionaire exploited a tax break intended to help struggling Pennsylvania farmers when he purchased 34 acres of rural land in Montgomery County for $3.1 million late last year.

Oz, who is backed by former President Donald Trump and has long resided in a New Jersey mansion, acquired the Pennsylvania farmstead—one of his many properties around the globe—weeks after he launched his Senate campaign. He used the address of a Pennsylvania house owned by his in-laws to switch his voter registration in 2020, when Sen. Pat Toomey (R-Pa.) announced his impending retirement.

“Dr. Oz does not want to live in Pennsylvania, and he doesn’t want to pay taxes here,” Fetterman said last week. “He just wants our Senate seat.”

In sharp contrast to Oz’s Koch- and self-financed bid, Fetterman recently celebrated his one-millionth campaign donation. He raised $11 million in the second quarter of 2022, crushing Pennsylvania’s previous record for money amassed by a Senate candidate over a three-month period.

Since launching his Senate campaign last February, Fetterman—a long-time advocate for economic, environmental, and social justice and the former 14-year mayor of Braddock, a Pittsburgh-area steel town hard-hit by deindustrialization—has received donations from every one of Pennsylvania’s 67 counties and over 88% of its zip codes.

Pennsylvania’s Democratic Senate nominee has also garnered support from people around the country. According to his campaign, Fetterman received more than 358,000 donations from over 200,000 unique donors nationwide in the second quarter alone, including contributions from more than 139,000 first-time donors. Fetterman has brought in over $26 million from more than 330,000 unique donors since announcing his candidacy.

Like Sen. Bernie Sanders (I-Vt.) during his 2016 and 2020 runs for the Democratic Party’s presidential nomination, Fetterman is harnessing the power of thousands of ordinary working-class donors.

To date, the average donation to Fetterman is roughly $29, with virtually all contributions coming in at under $200 and more than 94% totaling $100 or less. All but a few donors “have not given the maximum contribution and can give again and again,” his campaign said recently.

With November fast approaching, many see Pennsylvania as the Democratic Party’s best opportunity to pick up a Senate seat in this year’s pivotal midterm elections.

“This is the most important race in the country,” Fetterman declared after winning his May primary. “Control of the Senate is going to come down to Pennsylvania, and we have to flip this seat.”

“We have a hard fight ahead of us—but Pennsylvania is worth fighting for,” said Fetterman, who has vowed to be a decisive Senate vote in favor of abortion rights, pro-labor legislation, and eliminating the filibuster.

“We’re going to win in November,” he added, “by fighting for every county, and every vote. Because every place matters, and no place deserves to be written off.”