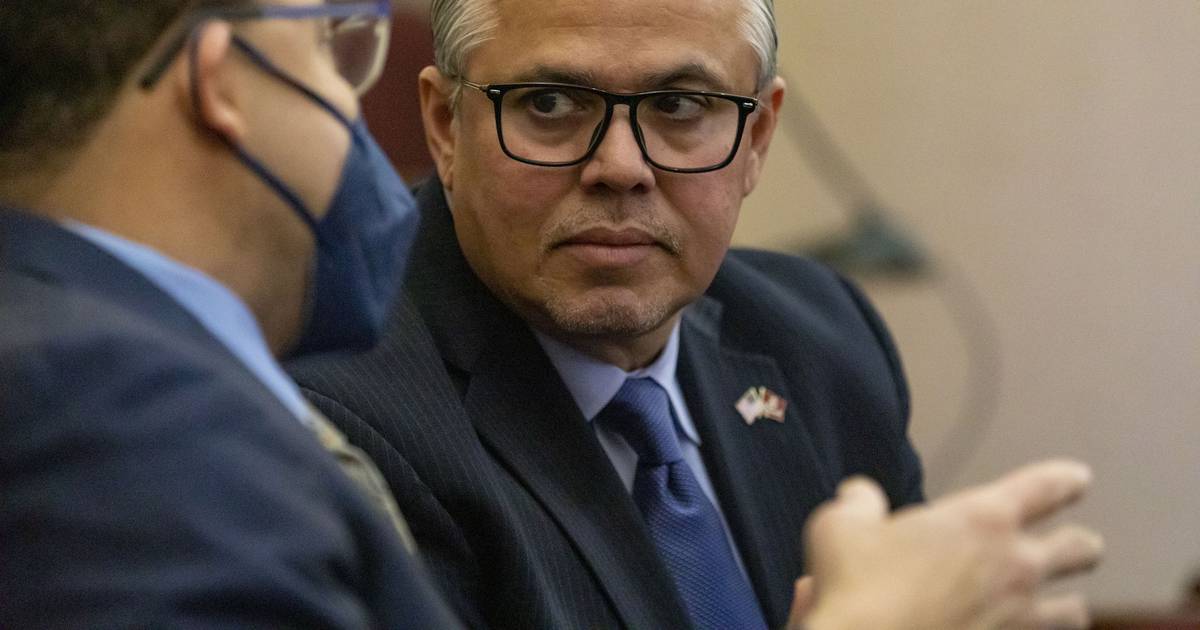 With a deadline approaching to avoid the first Chicago ward map referendum in three decades, Latino aldermen failed this week to convince City Council colleagues to let them make changes to the design of the 50 wards they’re set to present to voters.

That effectively cuts a map created by good-government groups out of a possible late June decision by voters on the shape of Chicago’s wards for the next decade. The development also sets up a potential head-to-head ballot showdown between the Latino proposal and a map favored by most of the council’s Black Caucus and others.

But there’s still plenty of time for aldermen to lay down their sabers and reach a deal before the May 19 deadline to avoid the referendum.

In political terms, three weeks is forever, and Chicago aldermen have a well-established history of gnashing their teeth at one another for months only to come to an eleventh-hour agreement on a map rather than letting voters choose.

In the latest twist of the monthslong fight, the Latino Caucus hoped to get the council Wednesday to suspend its rules and for a majority of aldermen to pass either their map or the one backed by the Black Caucus and others. Doing so would have allowed the Latino Caucus to then amend its map for the June referendum in order to reflect changes it agreed to this year with the good government groups, including CHANGE Illinois.

But the Latino Caucus didn’t have the votes and didn’t bring the proposal to the council.

Latino aldermen had hoped that presenting a compromise map with CHANGE Illinois would bolster their argument to voters that their version is fairer to all Chicagoans, with officials who crafted the so-called People’s Map working with them to make the case.

The partnership with good-government advocates could also have helped them label a competing map as one crafted in a backroom by political insiders. That’s the map backed by the City Council Rules Committee, which is now favored by 34 aldermen, including most of the Black Caucus.

The chair of the Latino Caucus, Ald. Gilbert Villegas, 36th, said the caucus still hopes to convince People’s Map backers to join them in advocating for the Latino Caucus map, even though it cannot be amended to reflect changes the two groups agreed upon.

“We hope to be able to make the case to them that our two maps are very similar, that our process of creating our map has been far more transparent and that we’ve worked harder to keep communities intact” than the architects of the Rules Committee map, Villegas said.

Black Caucus chair Ald. Jason Ervin, 28th, said a deal could be made before the deadline if supporters of the Latino map are ready to compromise.

“I think they need to realize they shot their shot (with the failed People’s Map partnership), and that a majority, more than a majority of the council and Chicagoans aren’t with them on this,” Ervin said. “We’ve made compromises. If they’re willing to do that, there’s a chance we could get there.”

Without the agreed-upon amendments to the Latino map, which is supported by 15 aldermen, the People’s Map backers have said they won’t work to pass it in the June referendum.

“I won’t say it’s impossible, but the likelihood is that we will simply be educating people about the maps on the ballot and what the data says,” said Chaundra Van Dyk, project manager for the CHANGE Illinois government ethics organization that was a key player in the creation of the People’s Map.

CHANGE Illinois Executive Director Madeleine Doubek expressed disappointment in the council’s refusal to allow the amendments to the Latino map, saying aldermen who declined to support it “did so to make sure the people of Chicago have no say in shaping their communities for the next 10 years.”

“In doing so with time running out, they are knowingly stopping Chicagoans from having the option of voting June 28th on the only ward map with aldermanic support that the people of the city helped design,” Doubek said in a statement.

It remains to be seen whether the June 28 referendum takes place. Mayor Lori Lightfoot has by and large remained on the sidelines of the fractious council fight, but she could still play a part in brokering a deal before May 19, as her predecessor, Rahm Emanuel, did in helping 41 aldermen (the minimum needed to avoid a referendum) come to agreement on a map following the 2010 U.S. census.

The front in the fight shifted slightly Wednesday, as new 11th Ward Ald. Nicole Lee announced she joined 33 other council members in endorsing the Rules map. Lee, who was appointed by Lightfoot to complete the term of Ald. Patrick Daley Thompson after his conviction in a federal tax fraud case, said it’s the best option for unifying her constituents as well as the Asian American community.

“It’s the clear leader in creating the strongest opportunities for Asian American voters and keeps more of today’s 11th Ward together,” Lee said at a City Hall news conference. “It’s imperative for my community that our voices are strongly represented now and into the future.”

The remap fight has dragged on since the early fall, highlighting and deepening conflicts that have long simmered among aldermen of different ethnicities.

Some Latino aldermen are still smarting from the remap following the 2010 census, believing they should have gotten more majority-Latino wards then.

Black aldermen argue the Latinos are in danger of overextending themselves by creating more Latino wards than they can consistently win.

The proposed Black Caucus map that the council Rules Committee has endorsed creates 16 Black-majority wards, 14 Latino wards and an additional ward with a Black plurality.

Chicago voters last faced a referendum on the ward maps following the 1990 census. Following that referendum, a group of aldermen and others filed a federal lawsuit challenging the result that ended up costing taxpayers $20 million.