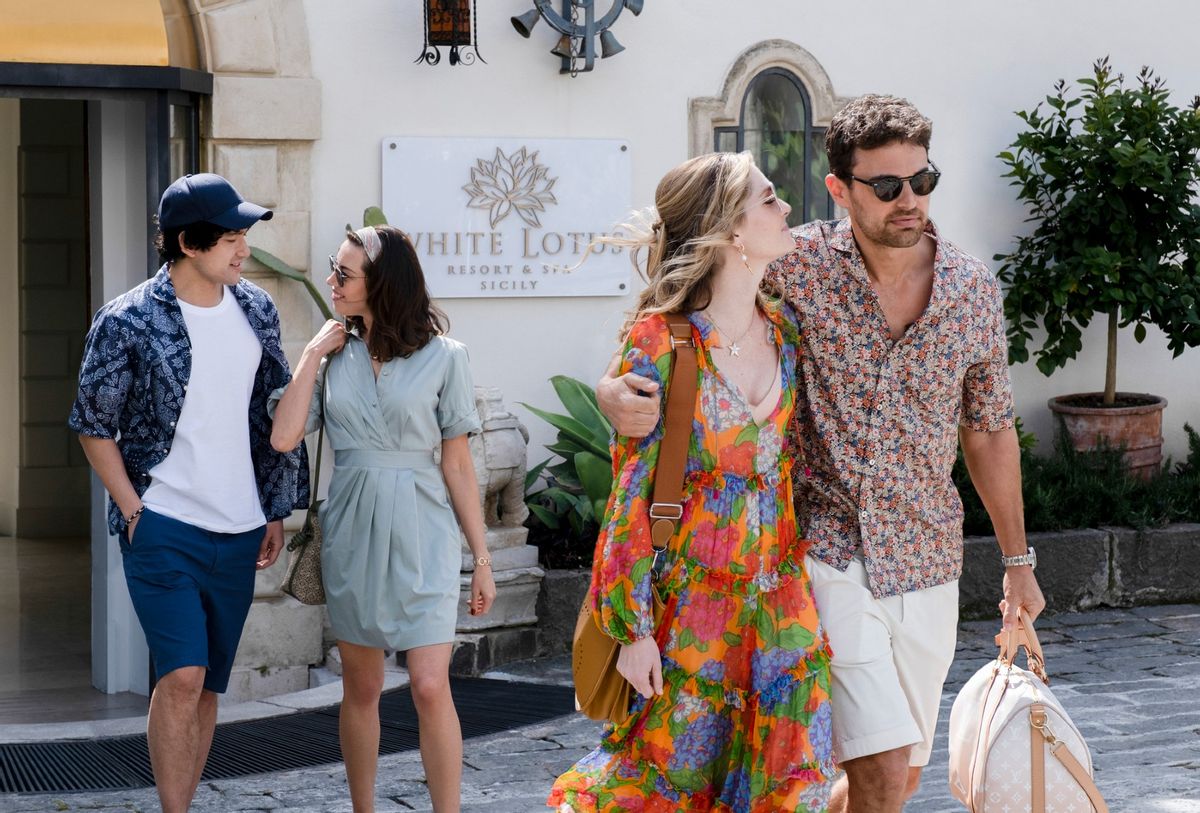 After a one-week stay at The White Lotus luxury resort in Taormina, Sicily, the American guests who traveled by air and sea with the expectation of relaxing on the beach, stuccoing their insides with pasta and, if the opportunity struck, having a structured adventure here and there, learned in the end that vacations are a lot like taking acid. If your general state of mind is relatively happy and care free at the start of the trip, you’ll be in good shape. But if you set out thinking the experience will fix the problems percolating within you, prepare to be disappointed at best and terrified at worst.

For Season 2 of “The White Lotus,” Mike White followed up the campy success of the first with some bold moves and some truly remarkable writing. Whereas the first season relied heavily on comedy to punch up the ridiculousness of an uptight newlywed killing a hotel manager after losing his grip on a dark obsession with being given the wrong room, this season used comedy to provide a relief from standing witness to people learning the hard way that all the money in the world can’t fix what’s broken inside of them. In fact, for one main character, it’s financial success that leads to her death.

“The White Lotus” is more than just a whodunit, but after Daphne Sullivan (Meghann Fahy) bumps into a corpse while swimming in the Ionian Sea in the first episode, we’re set up to spend the remaining six episodes gathering clues as to who died, and who did it.

The first episode of season two opens on Daphne’s last few hours in Sicily before she has to return home with her husband Cameron (Theo James) where their children and their “don’t ask, don’t tell” open but not open marital issues will be right there where they left them. Cameron cheats on Daphne, and she knows it. She cheats on him too. But their unspoken arrangement of pretending that it’s not happening keeps their marriage what, to the untrained eye, could easily pass as happy. But there are cracks, and with even the strongest of materials, if you push on those cracks long enough they’ll break wide open, which is an inevitability that nears the surface during their time at The White Lotus, but gets patched over. This is the kind of couple that saves their crumblings for behind closed doors in an effort to maintain their bragging rights.

You get the sense that Daphne has had to physically and emotionally look away from her husband’s indiscretions, but when he gets sloppy and tries to sleep with Harper Spiller (Aubrey Plaza), the wife of his travel buddy and former college roommate Ethan (Will Sharpe) it nears her towards her breaking point.

When Ethan, as gently as possible, tells Daphne that her husband tried to sleep with his wife in one half of their conjoined suite, you can see a moment of pure pain wash over her face as she takes in the news and then, just as quickly, shoves it away before adjusting the mask of a happy wife and delivering the best monologue of the season.

“We never know what goes on in people’s minds, or what they do,” Daphne says. “You spend every second with somebody and there’s still this part that’s a mystery. You don’t have to know everything to love someone.” 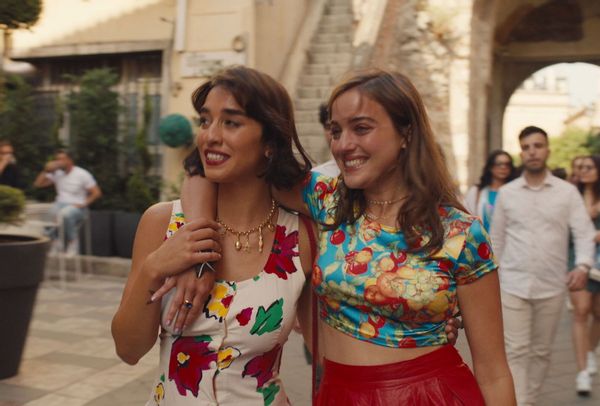 A person’s inner essence can be described in any number of ways, and it’s ever changing, but at the heart of it most people are either a fool in love, or a lover of fools.

What Daphne says to Ethan in that moment serves to summarize the entire theme of Season 2. A person’s inner essence can be described in any number of ways, and it’s ever changing, but at the heart of it most people are either a fool in love, or a lover of fools. Those qualities of returning, time and time again, to giving in to love even though it’s historically bitten you in the ass, or being on the flip-side and basing your whole economic and emotionally vampiric existence off of benefitting from taking advantage of such people are concrete.

Lucia Greco (Simona Tabasco) and her friend Mia (Beatrice Grannò) are lovers of fools. They make a holiday out of waiting for boats to bring a new group of tourists to the area so they can charm them out of whatever they can get. And although their marks, which in this season are Albie Di Grasso (Adam DiMarco) and his dad Dominic (Michael Imperioli) see them coming from a mile away, they can’t help but open up their hearts, and their wallets, because they’re fools in love and are hardwired to be so.

Fools in love will never change, and they’ll often repeat the same mistakes, but sometimes they do get revenge.

Tanya McQuoid-Hunt (Jennifer Coolidge) fell for the wrong guy in Greg (Jon Gries), a man who concocted an unnecessarily elaborate scheme to get around her prenup by having her killed by a team of gay con-artists, but she took most of them down with her in a blaze of glory. Because he’s a coward and left others to do his dirty work for him, he was in another country when the attempt on his wife’s life took place, and was thereby spared when she turned the tables. But, in a sort of universal kindness to her, he also wasn’t there to see her slip off the side of the boat she was on when it all took place and ultimately drown. She died bravely, and men like Greg would have no frame of reference for something like that, and don’t deserve to be the last face a brave woman sees before the lights go out. For Tanya, I hope the last thing that flashed before her eyes was that Oreo cake she wanted.