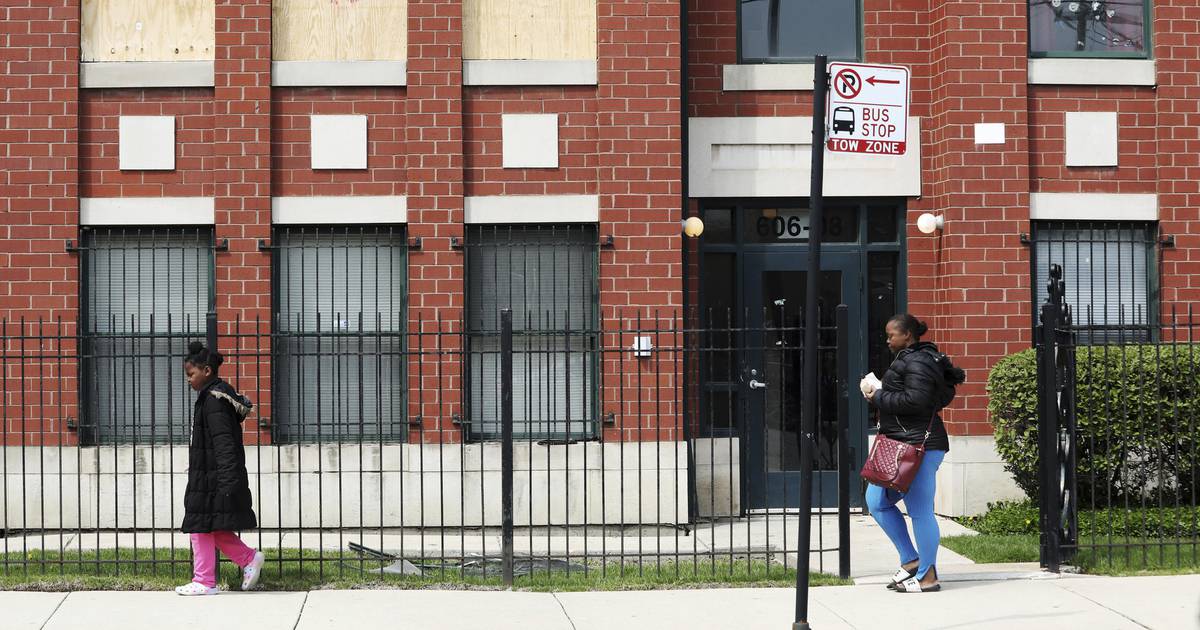 A three-year-old girl has died during a fire in the Bronzeville neighborhood early Saturday.

Firefighters burst into a second-floor apartment to begin their attack while heavy flames blew out its back door as smoke was billowing out its front.

“It had been going for a while,” Langford said of the fire.

“In their primary search they found a 3-year-old girl in a front room,” Langford said. “They were yelling for EMS to meet them outside and a firefighter brought the child out in his arms.”

The toddler was in cardiac arrest so they immediately placed her on a gurney and began life support and CPR while also getting her to an ambulance that was half a block away.

“They were literally running down the street with the gurney,” Langford said. “They rushed her to Comer and she was pronounced dead within minutes.”

She suffered second-degree burns but the smoke was what probably killed her, according to Langford.

Her brother, a 13-year-old, was outside when his mom, who was at work at the time of the fire, rushed home.

“He was in shock,” said Langford of the boy, who was not physically hurt.

The office of fire investigation said the blaze began in the kitchen and it was “incendiary” in nature — not meaning it was suspicious but meaning a human was involved with its ignition. It possibly could have been a cooking fire or began with candles, but Langford wasn’t sure.

There were smoke detectors present in the building and its first floor was unoccupied. No one else was hurt.

Check back for details.