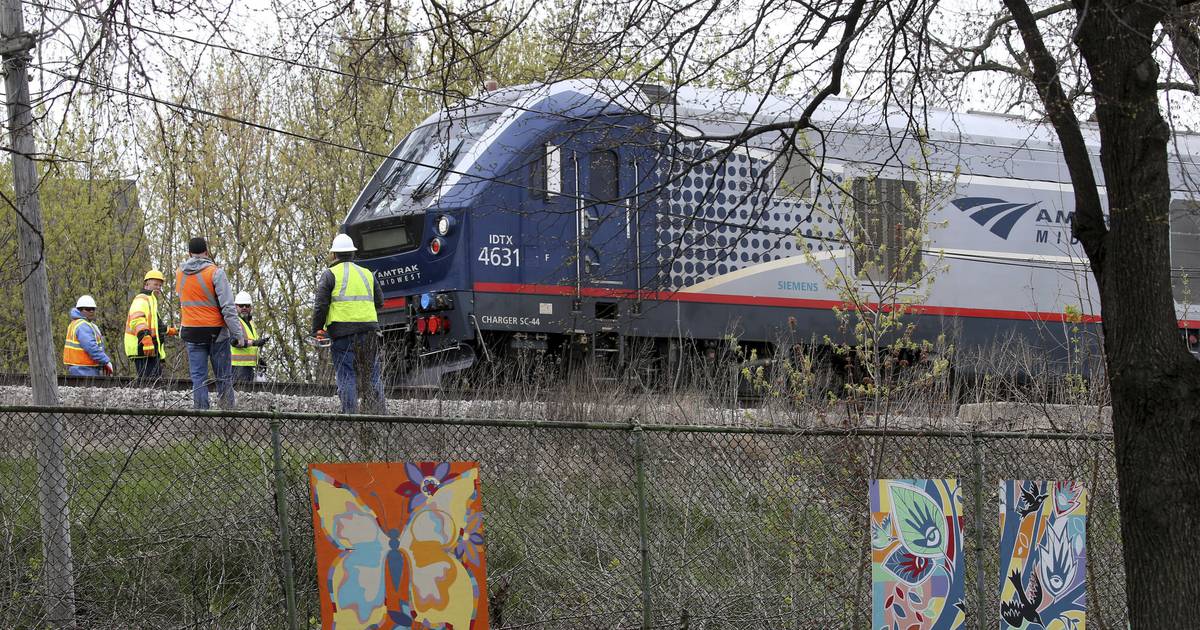 A high school student was dead on the scene when an Amtrak train hit him Thursday morning in the Logan Square neighborhood, authorities said.

The boy, whose identity and age were not immediately available, was on train tracks near Armitage and Springfield avenues when Union Station-bound Amtrak Train 332 hit him about 9:35 a.m., according to Chicago Fire Department spokesman Larry Merritt and Amtrak.

The boy was pronounced dead by paramedics, according to Merritt.

He was “trespassing” on tracks operated by Metra about 5 miles west of Union Station when he came in contact with the train, which was coming from Milwaukee, according to Marc Magliari, Amtrak spokesman.

None of the 105 passengers or crew members were injured and Amtrak is working with police, Metra and the Cook County medical examiner’s office, Magliari said.

The situation caused delays and cancellations to Amtrak and Metra trains.

Train 332 was terminated and the passengers were taken carried to their destination by a Metra train, according to Magliari.

Normal Amtrak service was expected to resume later Thursday afternoon, while inbound and outbound Metra trains may be operating up to 30 minutes behind schedule, according to a service alert on Metra’s website, which added customers should expect “minor residual delays.”