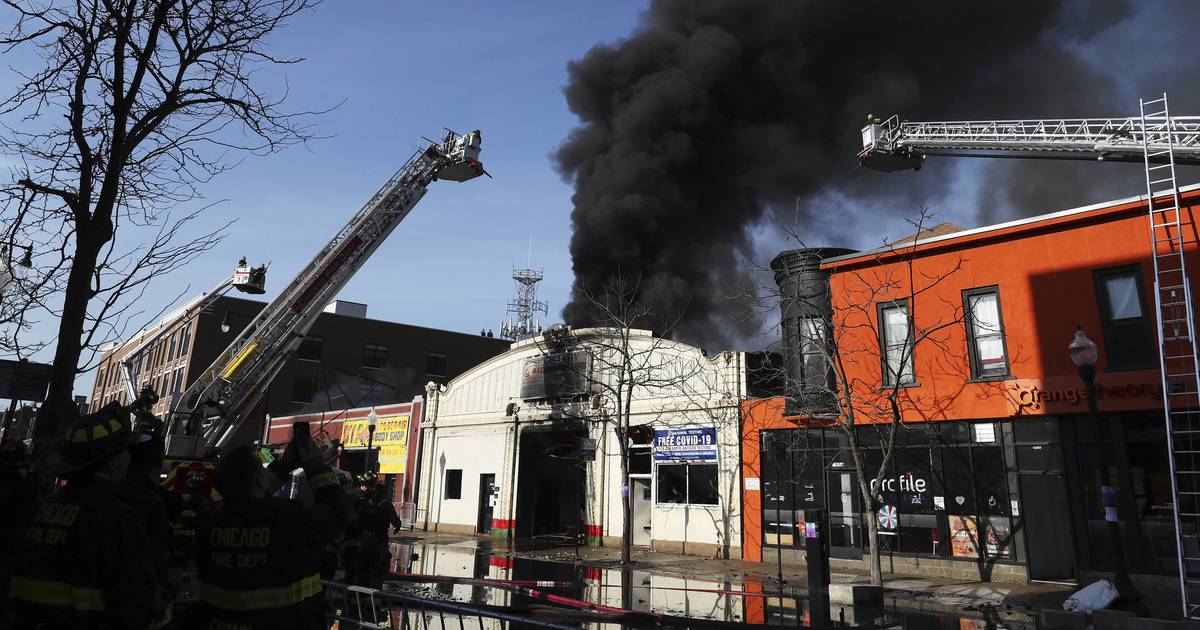 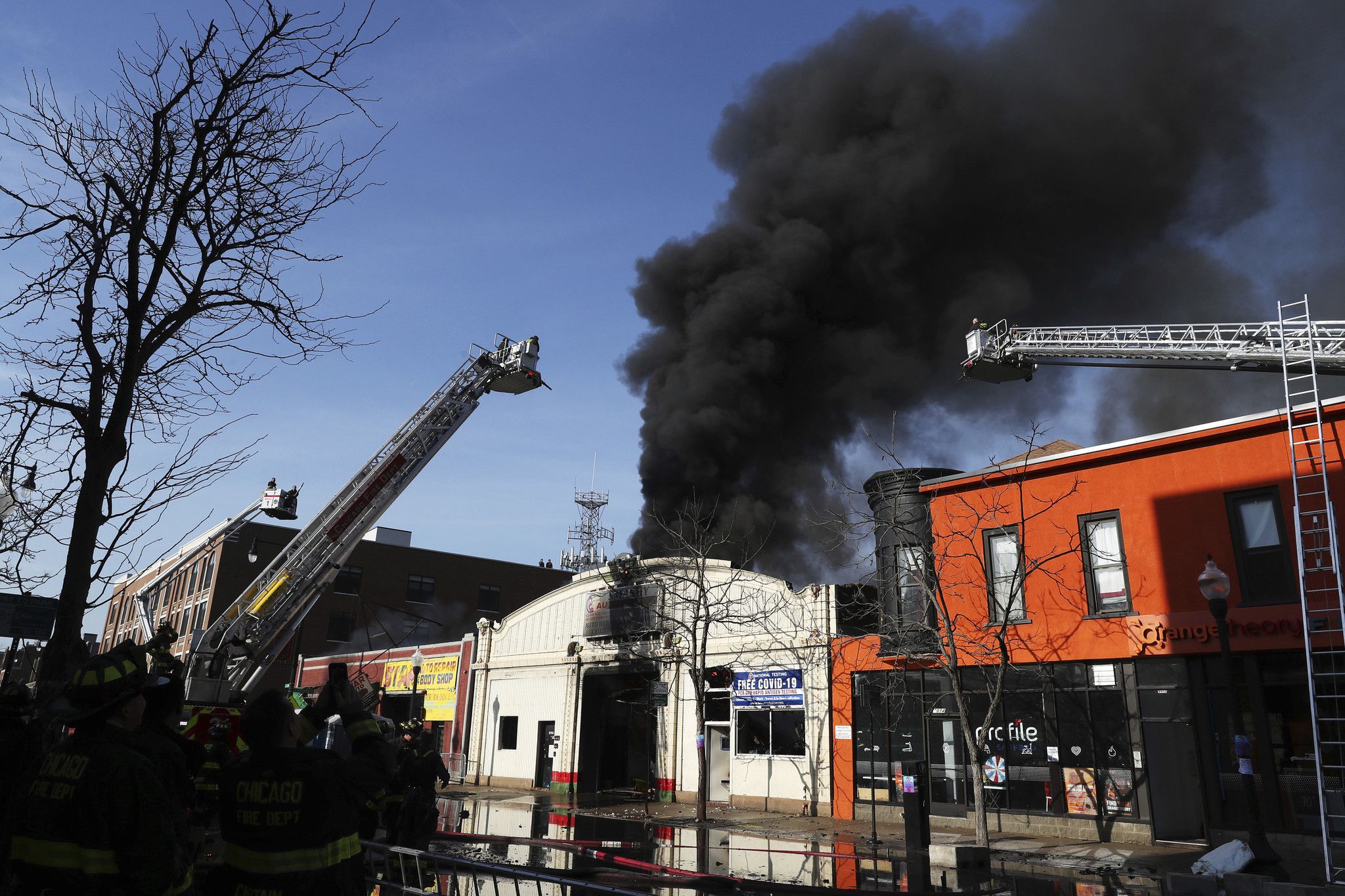 An extra-alarm fire erupted early Saturday at an auto-repair business in the Ravenswood neighborhood on the North Side causing extensive damage to three buildings, Chicago Fire Department officials said.

At some point, the blaze began to spread to adjacent buildings, causing the alarm to be elevated to a 3-11, which brought more equipment and firefighters to the scene, the chief said.

When the roof of one building collapsed, power and gas lines were shut down while firefighters worked to extinguish the blaze, Chief Schroeder said.

The American Red Cross helped those who live in above apartments that may have experienced smoke and water damage.

It wasn’t clear if anyone was displaced.

Traffic in the area was earlierl shut down and at least one person who was affected by high CO readings and smoke was taken to Weiss Memorial Hospital, he said.

The cause of the massive fire was under investigation.