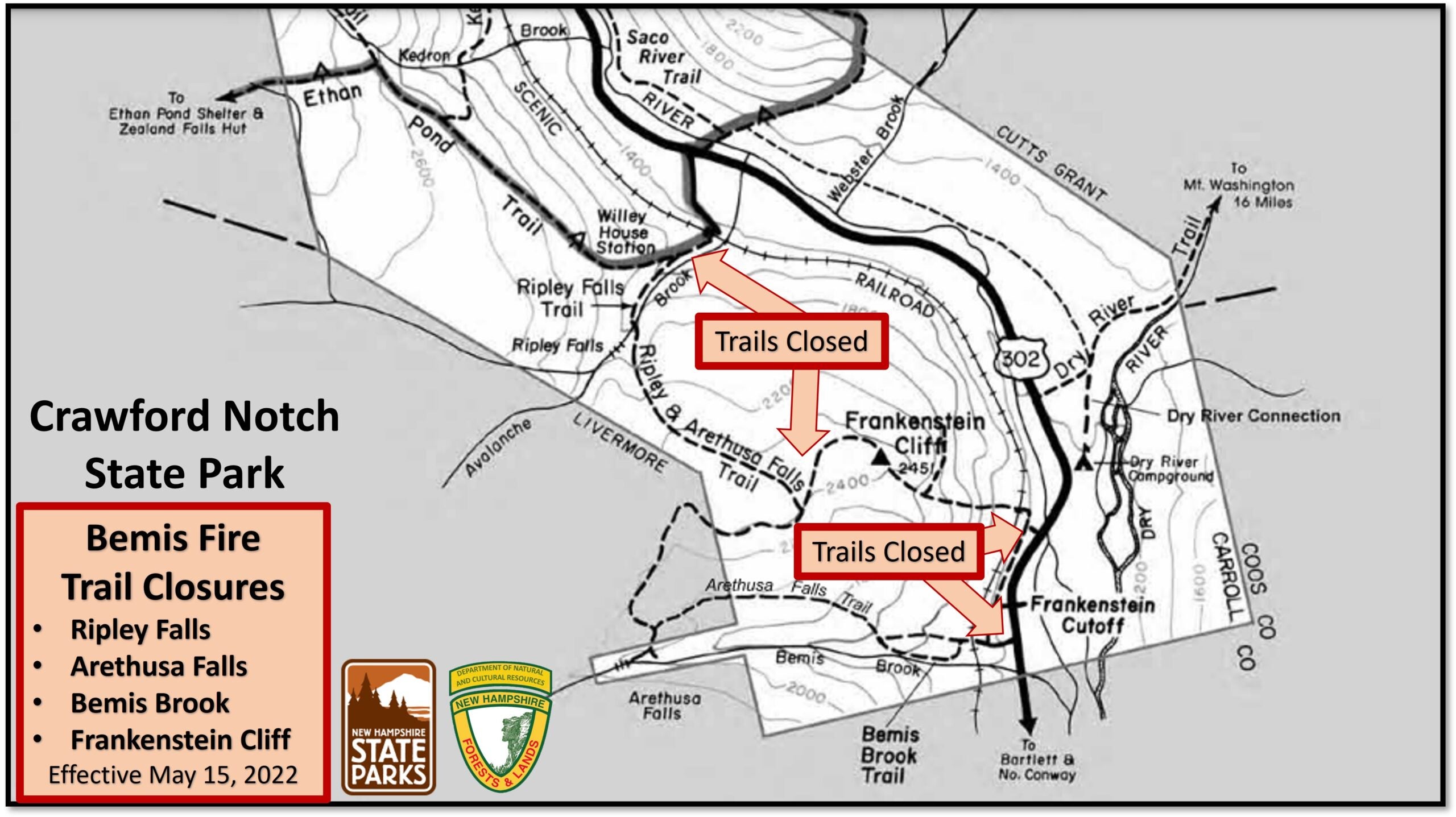 The Bemis Fire in Crawford Notch State Park, the White Mountain National Forest, and on private land began on May 13. It is in steep, rugged terrain. The cause is under investigation.

“It’s important for the public to know that the Bemis Fire remains an active fire scene and there are still firefighters and equipment on site,” said Capt. Adrian Reyes of the New Hampshire Forest Protection Bureau.

“This weekend is expected to bring record temperatures to the region, and we ask that anyone wishing to spend time outdoors avoids the area of the fire, for their own safety as well as for the safety of the wildland crew,” he said.