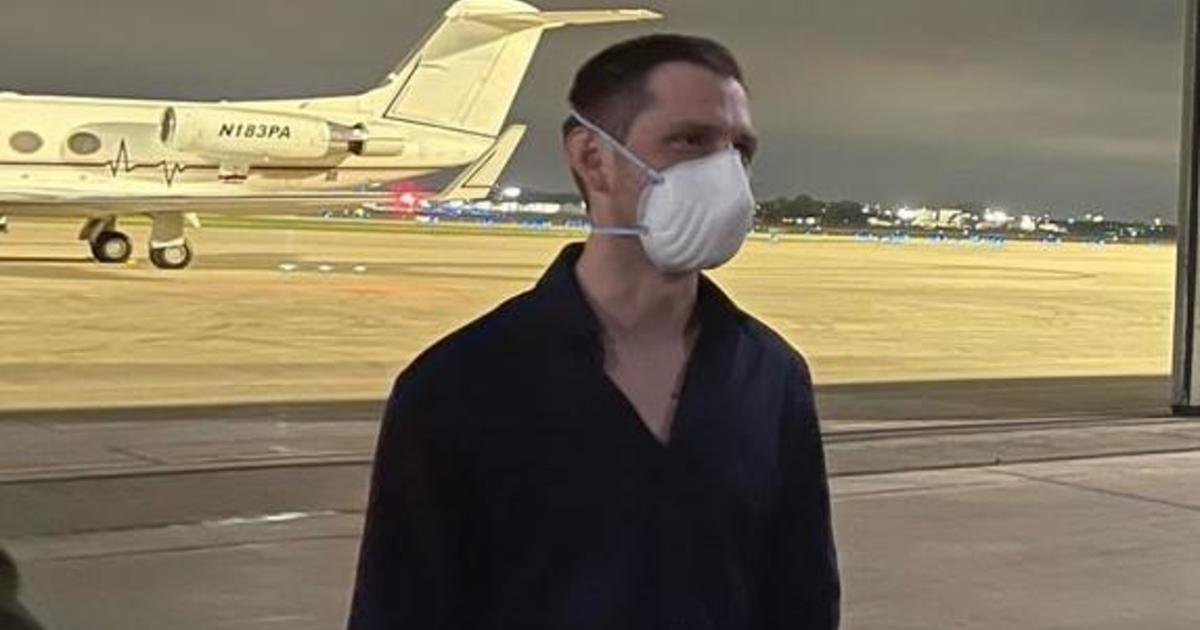 SAN ANTONIO (CBSDFW.COM) – Former U.S. Marine Trevor Reed has finally made it back to Texas after he was held prisoner in Russia for nearly three years.

Cameras captured the emotional reunion between Reed and his loved ones. He landed at Lackland Air Force Base in San Antonio early Thursday morning.

The former Marine’s release was due to a prisoner exchange with Russia. The United States agreed to send a Russian drug trafficker serving time in an American prison back to Russia in exchange for Reed.

Reed was detained since 2019. He was visiting his girlfriend when he was arrested and sentenced to nine years in prison for allegedly assaulting a police officer. However, his parents, who live in Granbury, deny those claims. They say surveillance video and witnesses prove the accusation was false.

“We said for a year, any of you that have followed this, that we believe if we could just get to the boss. If we can get to the top man in our government, the executive, that we can make this thing happen,” Reed’s father said. “[President Biden] says I want to have your family come over and see me in the white house and I’m so glad that we were able to get him out of there and we told him that we’re thankful and grateful and when we saw him, we were going to give him a couple big hugs.”

Reed isn’t the only American that claims to be wrongly detained in Russia. Former WNBA star Brittney Griner and former marine Paul Whelan are also currently jailed in the country.

Reed’s mother, Paula took to Twitter saying, “[It is] my sincerest hope [President Biden] can make a few more difficult decisions to bring other American hostages and detainees’ home to their families soon! First, continue [with] Russia. All these families should feel this joy & the relief of knowing their loved ones are safe again!”