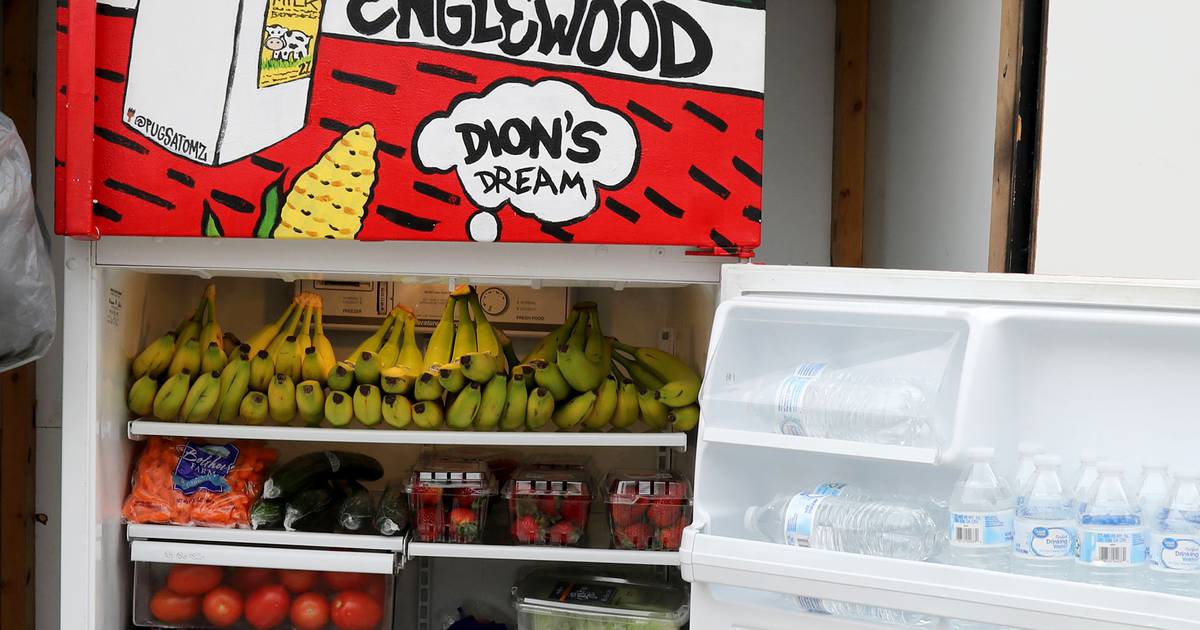 Dion Dawson’s early life may have been filled with poverty, hardship and bouts of homelessness, but his last two years have been nothing short of meteoric.

In early 2020, Dawson was working overnights at an Amazon facility to help several family members pay bills in the midst of a pandemic. But by the end of 2021, following the death of George Floyd, he had started a nonprofit aimed at eliminating food insecurity and earned public recognition for his efforts to provide an oasis in a food desert.

This month, Dawson, 34, was one of 18 people from around the globe selected for the highly coveted annual Echoing Green fellowship, which will help fund his initiatives: Project Dream Fridge, a community refrigerator in the heart of Englewood where residents access fresh fruit and vegetables stocked daily, and Dream Deliveries, which delivers free food to homes across the city and suburbs.

“I’ve been blessed to be able to live presently in the moment,” Dawson told the Tribune. “When you come from a background where your family has struggled, where you have to worry about where your next meal will come from, it feels good to actually live in that moment and be able to relish in the fact that day-to-day operations are secure.”

Echoing Green is a corporate backed nonprofit that identifies future leaders who have shown bold or innovative problem solving in topics ranging from health, human rights, poverty and racial justice. Former first lady Michelle Obama was a fellow in 1991.

Green fellows receive an $80,000 stipend over 18 months and Dawson said he would use the money to expand his food delivery service, which has reached as far north as Evanston and west to Schiller Park. He plans to expand throughout Cook County. He’s looking toward loftier goals, with every $1 million raised being used to feed 1,000 families in a 50-mile radius.

“Echoing Green listened to me, listened to my ideas on where I think we have the best impact in changing the narrative in food insecurity,” he said, “and this is about getting to the root of the problem and where food insecurity is anywhere, not just in Englewood.”

The topic of food insecurity has a deep personal resonance for Dawson, the youngest of four sons raised on the streets of Englewood by a single mother. He lived much of his young life in homelessness as his mother struggled with substance abuse. Still, homelessness didn’t stop Dawson from finishing school, graduating from Holmes Elementary and Gage Park High schools.

After returning from a six-year stint in the Navy, Dawson found himself homeless again, living in his car, saying he had a difficult transition back to civilian life.

Dawson’s life took an unexpected detour in May 2020 after Floyd’s death. A community member asked Dawson to do something for his neighborhood in recognition of Juneteenth, an African American holiday that gained widespread support following Floyd’s death at the hands of Minneapolis police. “I said I’m going to feed 100 families,” Dawson recalled.

What followed was a whirlwind that included two successful crowdfunding campaigns to buy fresh fruits and vegetables for families and the start of his own nonprofit, Dion’s Chicago Dream. That same year, Dawson and his wife were surprised by talk show host Ellen DeGeneres with a $25,000 check on her show for his community work.

Dawson said a real point of pride is that his program has grown from 30 households to 250 and that his organization of five owns its delivery vehicles and pays the crew a living wage.

Dawson said he remains committed to feeding people “no matter where they are. No matter if they’re in Streeterville, Englewood, West Pullman. Food insecurity doesn’t look like a certain person and it doesn’t come in a certain neighborhood.”