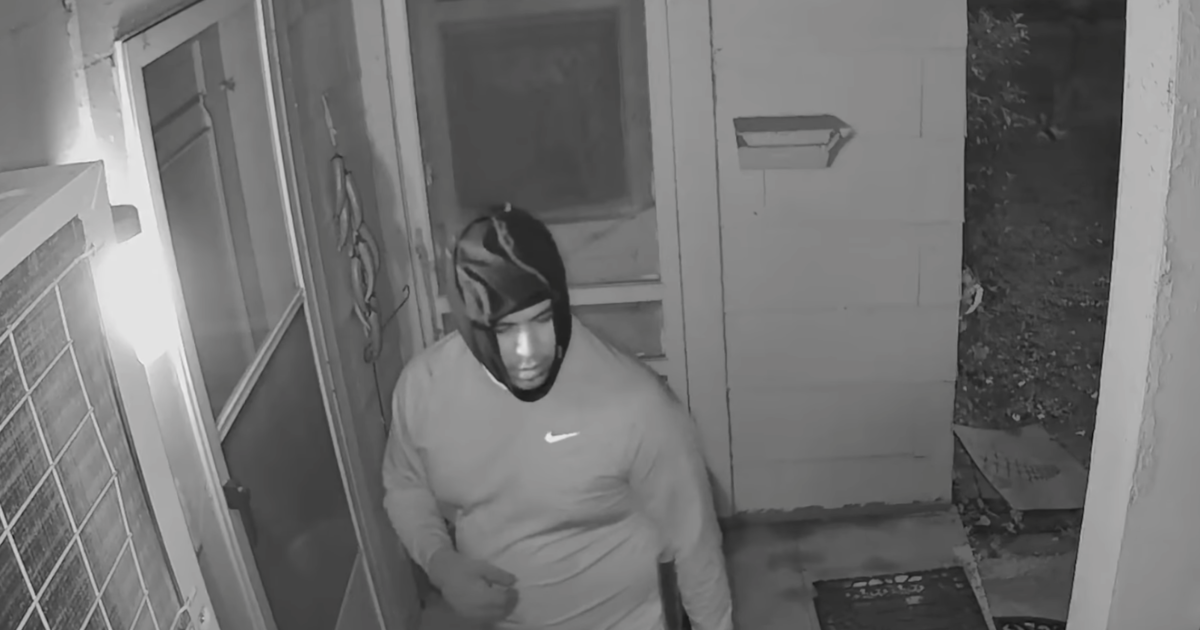 FORT WORTH (CBSDFW.COM) – Police in Fort Worth are on a manhunt and they’re asking for help from the public identifying and locating two male suspects involved in an aggravated robbery with a deadly weapon.

It was just before 3:00 a.m. on April 27 when three or four men approached a house in the 3000 block of Schwartz Avenue. The men went to the rear door and then the front door; one suspect broke a door latch on the rear door and entered the back porch area of the home. The suspect pointed an AR style pistol into the house; the second suspect was carrying an AK style pistol and went to the front door. Both suspects knocked on the door at different times, over a span of approximately five minutes.

About 30 minutes later more video shows the suspects at a home in the 200 block of Thornhill Drive; one of the suspects attempts to kick in the front door to the house while yelling, “Police!”

Investigators believe the suspects intended to commit a home invasion before being startled and running away on foot.

All of the suspects need to be located but two of them were captured on surveillance video. Anyone with information about the crimes or who knows the identity of any of the suspects is asked to call FWPD robbery detectives at 817-392-4469.