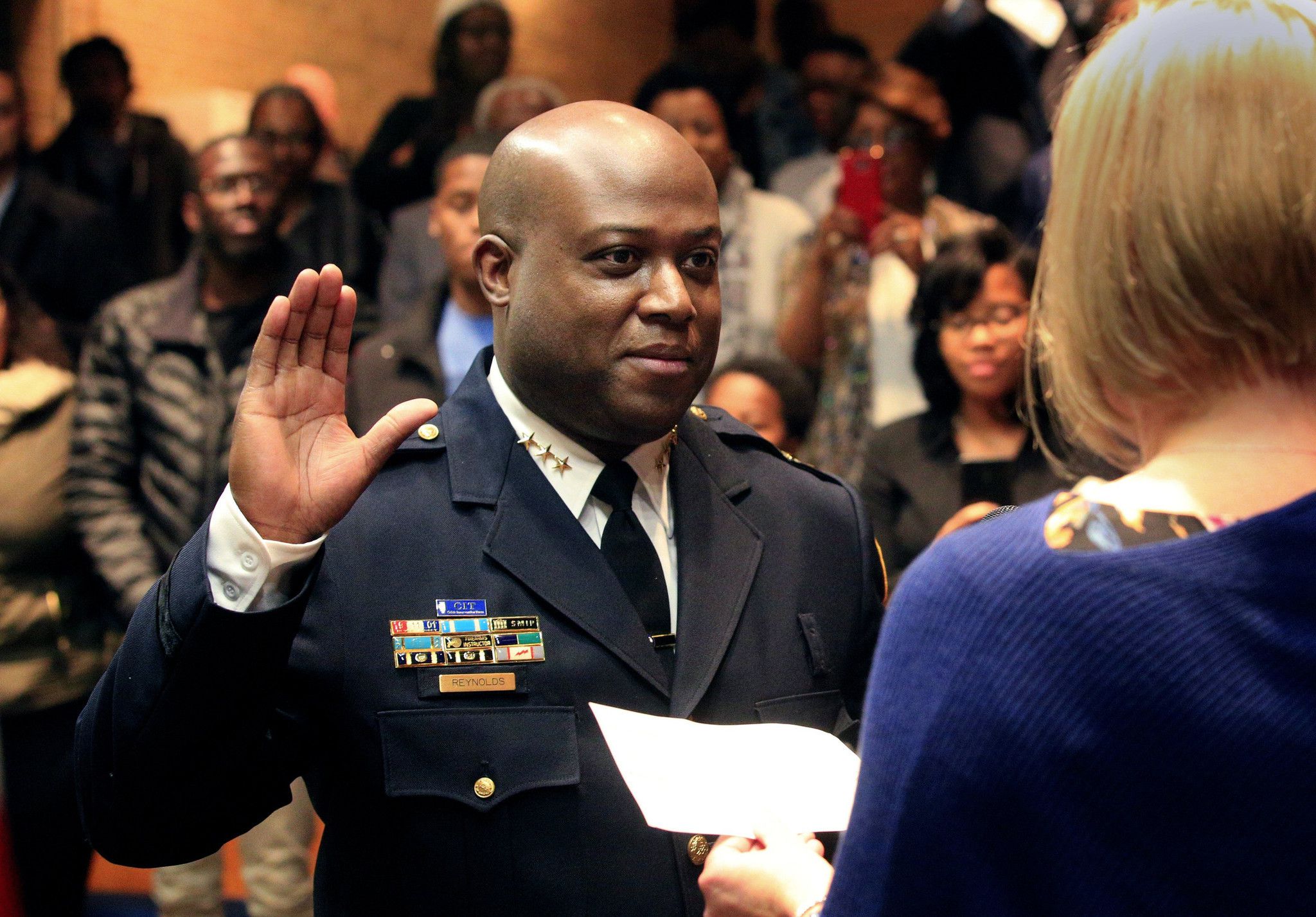 The U.S. Senate on Wednesday confirmed the appointment of former Oak Park police Chief LaDon Reynolds as the next U.S. marshal for the Northern District of Illinois, one of the top federal law enforcement posts in the city.

The last person in the post, Edward Gilmore, abruptly resigned in May 2018 after he was found to have made an inappropriate comment about shooting a judge during firearms training, according to a report by the U.S. Department of Justice.

Reynolds was selected more than two months ago after a bipartisan screening committee headed by former U.S. District Judge David Coar made the recommendation to Illinois Sens. Dick Durbin and Tammy Duckworth.

But his road to confirmation hit a snag in the politically polarized Senate Judiciary Committee, where a group of Republicans led by Arkansas Sen. Tom Cotton blocked all Justice Department nominees over an unrelated controversy involving federal law enforcement agents being sued over their actions during Black Lives Matter protests in Portland, Ore. in 2020.

In February, Durbin, the committee’s chairman, blasted Cotton’s “obstructionist” efforts, saying it put politics before the safety of the American people.

On Wednesday, U.S. Sen. Sherrod Brown (D-Ohio) asked for unanimous consent on 10 U.S. Attorney and U.S. Marshal nominees —including Chief Reynolds— and Republicans did not object, clearing the way for a voice vote that confirmed Reynolds to a four-year term.

Afterward, Durbin and Duckworth released a statement calling Reynolds a “seasoned law enforcement veteran who will serve with distinction in this important role.”

“He has the experience to succeed and help keep our communities and our federal judiciary safe,” the statement read.

A spokesperson for Cotton was not immediately available for comment.

Reynolds served since 2019 as the chief of police for the Oak Park Police Department before stepping down earlier this month. His began his law enforcement career in the near west suburb in 1994 rising to detective commander in 2010 and deputy police chief in 2017.

His commission must still be signed by President Joe Biden before he is formally sworn in, a process that should be completed over the next several days.

The Chicago field office is one of the organization’s busiest and typically attracts high-ranking law enforcement officials from across the country.

The position has been vacant since Gilmore was forced to resign.

The Tribune reported that the comment was directed at then-U.S. District Chief Judge Ruben Castillo, who said in an interview that he and Gilmore had “some tough exchanges” over courthouse security before Gilmore made the threat. Though the comment was apparently a joke, Castillo called the situation “unfortunate.”

“This is a guy who could walk into my chambers with a weapon at any time, no problem,” Castillo said at the time. “What if it wasn’t a joke?”

Since Gilmore’s resignation, the position has been filled by a series of acting U.S. marshals.