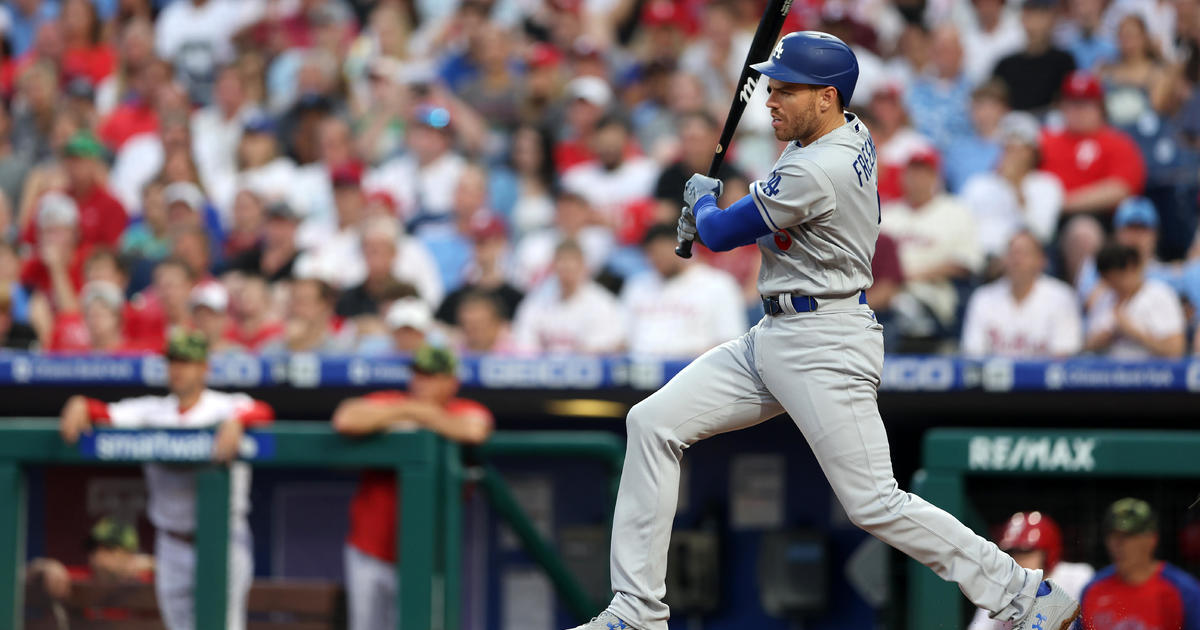 The Los Angeles Dodgers earned a bit of revenge Friday evening after stealing one of the road from the Philadelphia Phillies, who just recently took three-out-of-four in front of the Dodger Stadium.

In a turn of events though, the affair was rather low-scoring as they tallied just just five runs in Friday’s contest, quite contrary to the 58 combined runs the two teams scored in their four-game series over the weekend.

The Dodgers struck first right off the bat, loading the bases before Justin Turner drove in his 29th RBI of the season on a groundout.

Freddie Freeman tacked on a pair in the top of the second inning on a two-out, two-run scoring single, giving the Boys in Blue the 3-0 lead.

Freeman finished the contest with three singles and two runs scored, also snagging his third stolen base of the season.

That was all the run support Dodgers starter Julio Urias would need, tossing five two-hit innings, striking out five and walking none. He was followed up by a solid performance from the bullpen, in which five relievers combined for the final four innings, allowing five hits and one run.

Trea Turner also earned his 28th RBI of the season on a sac fly in the top of the ninth.

The Phillies scored their lone run of the contest in the bottom of the ninth, when Phil Bickford allowed back-to-back doubles to Kyle Schwarber and J.T. Realmuto, before Craig Kimbrel took over and secured his eighth save of the season.

They played without Bryce Harper for the fifth-consecutive game as the reigning NL MVP continues to recover from a small tear in the UCL in his throwing arm. He hasn’t played in the field since April 16 as a result.

After going seven strong in Saturday’s matchup against the Dodgers on May 14, Phillies starter Ranger Suarez lasted just three inning, allowing three runs on five hits and two base on balls. He also struck out five.

The win was the sixth-straight for the Dodgers, highlighted by a four-game sweep of the Arizona Diamondbacks before hitting the road for a 10-game road trip.

Manager Dave Roberts has yet to designate a start for Saturday’s matchup between the two teams, though the Phillies will send Aaron Nola (1-4, 3.64 ERA) to the mound.