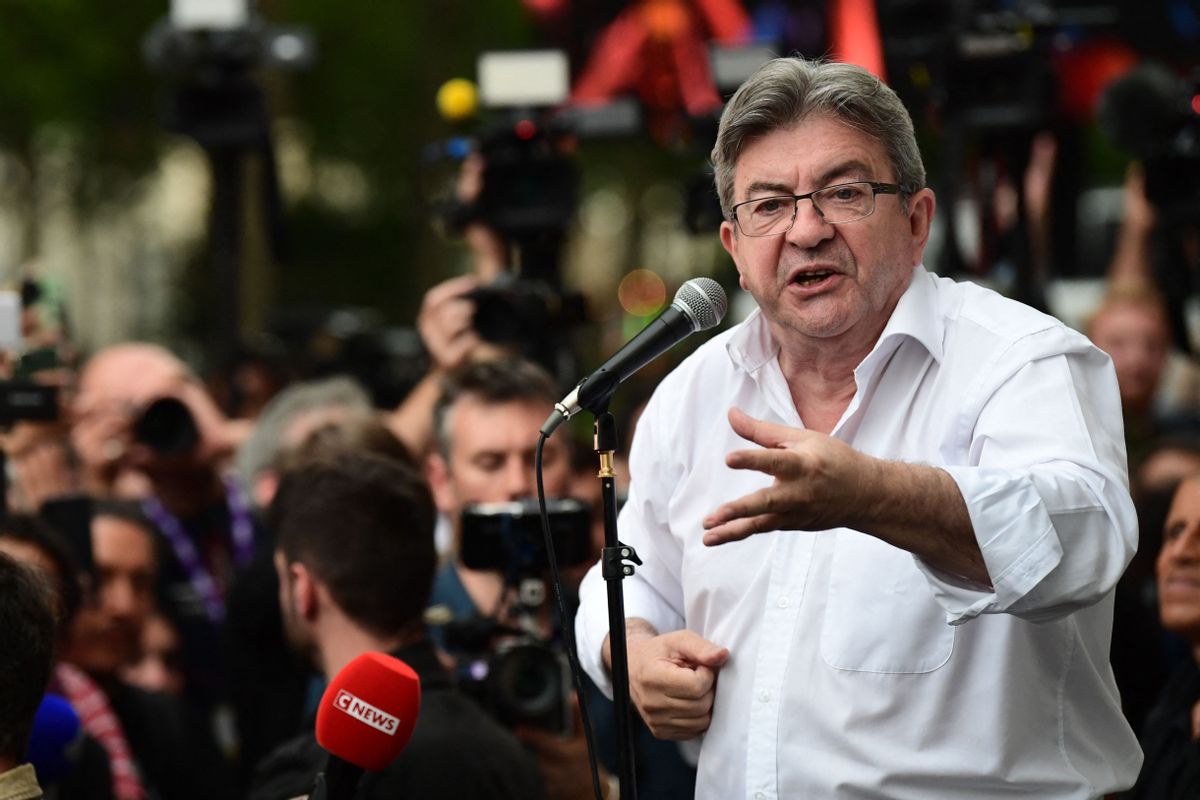 Macron’s neoliberal alliance Ensemble won the most seats in the National Assembly with 245, but fell well short of the 289 needed to control parliament.

Meanwhile, the New Ecological and Social People’s Union (NUPES) — the recently formed coalition led by leftist MP Jean-Luc Mélenchon — won 131 seats, more than doubling the combined number of representatives that its four parties had in 2017.

NUPES, which brings together Mélenchon’s France Unbowed, the center-left Socialist Party, the French Communist Party and the Greens, campaigned on lowering the retirement age from 62 to 60, hiking the minimum wage and freezing prices on essential products — in sharp contrast to Macron’s alliance, which is trying to raise the retirement age to 65 and has reduced the corporate tax rate, exacerbating economic inequality and insecurity.

RELATED: Paris is burning — and London too: World War IV and the crisis of democracy

“The rout of the presidential party is complete and no clear majority is in sight,” Mélenchon told a cheering crowd of supporters in Paris on Sunday night. “It is the failure of Macronism and the moral failure of those who lecture us.”

Clémentine Autain, one of Mélenchon’s top allies, said that the election results vindicate the left’s strategy and reflect “a gathering of the forces for a social and ecological transformation on the basis of a profound change of society.”

Although the strong showing by NUPES has made it the largest opposition force in parliament, which will enables it to chair the assembly’s key finance committee, the far-right National Rally picked up 89 seats and has claimed a position as the largest single opposition party.

Some of Macron’s allies portrayed National Rally and NUPES as equally extremist. Mélenchon, by contrast, instructed his supporters to “not give a single vote” to the far right after he finished just behind Le Pen in the first round of April’s presidential race, thereby helping Macron win the runoff.

If Macron is unable to form a stable alliance with Les Républicains, who have a platform “more compatible with Ensemble than other parties” and could give the president an outright majority, he will be forced to “run a minority government that will have to negotiate bills with other parties on a case-by-case basis,” Reuters noted.

Christian Jacob, leader of Les Républicains, said his party “will remain in the opposition but be ‘constructive,’ suggesting case-by-case deals rather than a coalition pact,” the news outlet added.

Macron’s government is not confining its search for possible legislative friends to the right.

According to Agence France Presse, “Senior Macron officials were on Sunday already trying to drive a wedge through the different factions of the NUPES alliance,” accusing France Unbowed of being too rigidly radical and adversarial in a bid to peel off more moderate Socialists and Greens.

If legislative gridlock persists, Macron could eventually be forced to call a snap election.