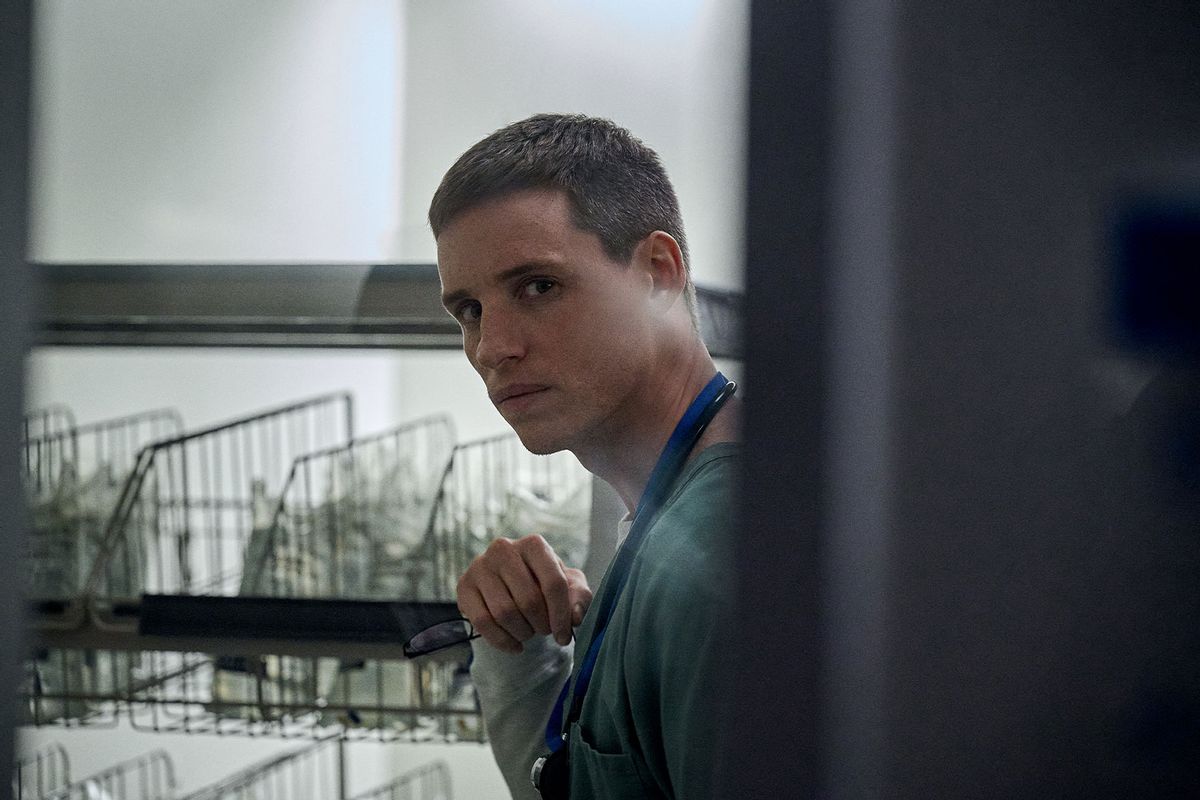 Now Charles Cullen, the former-nurse-turned-serial-killer, is the focus of not one but two recent Netflix projects. Cullen’s story was first recounted in “The Good Nurse,” a drama film starring Eddie Redmayne and Jessica Chastain as Cullen and his real-life colleague Amy Loughren, respectively. His tale has also been revisited in the true-crime documentary “Capturing the Killer Nurse.”

The film explores how investigators were able to piece together and prove Cullen’s string of crimes. “Capturing the Killer Nurse” also includes interviews with Cullen himself, his former co-workers, detectives, and Loughren, who helped detectives amid their investigation.

Here’s a closer look at the true story behind the real-life killer nurse:

Cullen was born on Feb. 22, 1960, in West Orange, New Jersey. In 1978, he dropped out of high school and enlisted in the Navy, where he rose to the rank of petty officer second class. During his service, Cullen faced both hazing and bullying by his fellow crewmen and in 1984, he received a medical discharge from the Navy for undisclosed reasons.

On June 11, 1988, Cullen committed the first of his many murders by contaminating Judge John Yengo’s saline IV with a toxic injection of lidocaine, a local anesthetic. Cullen later admitted to killing several other patients there, including an AIDS patient who had been given an overdose of insulin.

Cullen left Saint Barnabas in January 1992 amid an investigation into the hospital’s contaminated IV bags, and found work at Warren Hospital in Phillipsburg. There, he murdered three elderly women with overdoses of the heart medication digoxin.

In March 1993, Cullen was arrested on felony charges for stalking his co-worker Michelle Tomlinson after he broke into her home in Pennsylvania. He pleaded guilty to trespassing and received one year of probation. He also took two months off from work before starting a new job at the intensive care unit of Hunterdon Medical Center in Flemington. Cullen later admitted to murdering five patients between January and September 1996, also with overdoses of digoxin.

That same year, Cullen secured a new position at Morristown Memorial Hospital but was subsequently fired due to poor performance. He remained unemployed for six months and also sought treatment for depression in the Warren Hospital emergency room.

In February 1998, Cullen found work again at the Liberty Nursing and Rehabilitation Center in Allentown, Pennsylvania, where he injured one patient and killed another (he blamed the death on another nurse). From November 1998 to March 1999, Cullen was employed at Easton Hospital, where he murdered another patient with an overdose of digoxin.

Cullen committed yet another murder while working at the burn unit of Allentown’s Lehigh Valley Hospital–Cedar Crest in March 1999. A month later, he voluntarily resigned from his position and began working in the cardiac care unit at St. Luke’s Hospital in Bethlehem, where he murdered at least five patients and is known to have attempted to kill two more. He eventually resigned from St. Luke’s Hospital too, after a co-worker found stolen medication vials in a disposal bin. 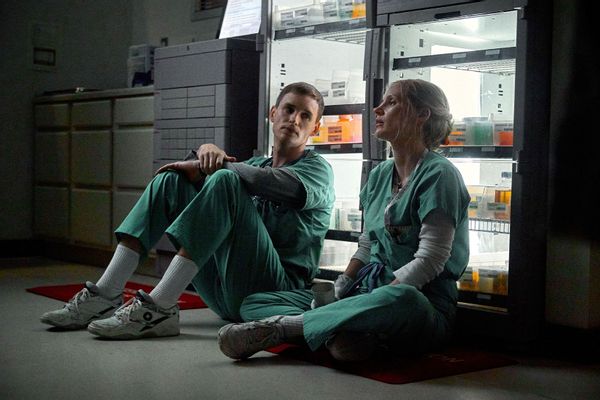 Eddie Redmayne and Jessica Chastain in “The Good Nurse” (JoJo Whilden/Netflix)In September 2002, Cullen returned to New Jersey to work in the critical care unit of the Somerset Medical Center, where he committed most of his murders using digoxin, insulin, and epinephrine. Cullen’s wrongdoings eventually came to light when he partially admitted his crimes to Loughren, a fellow critical care nurse who Cullen became close friends with. On December 12, 2003, Cullen was arrested and in 2006, he was convicted following an investigation into his employment history.

Per a 2007 New York Magazine article, “Cullen told detectives that he killed the sick in order to end their suffering, but at some point, as Cullen spiked bags of IV saline in supply closets and killed patients who were not terminal, his compassion became compulsion, and when his personal life became stressful, killing became his outlet.”

Cullen’s trial grew heated in 2005, when he sought to donate his kidney to the dying relative of a former girlfriend. Prosecutors denied Cullen’s request, saying he could not go through with the donation until after his sentencing, and postponed his sentencing hearing. Cullen, in turn, attempted to avoid appearing at his sentencing, but to no avail. 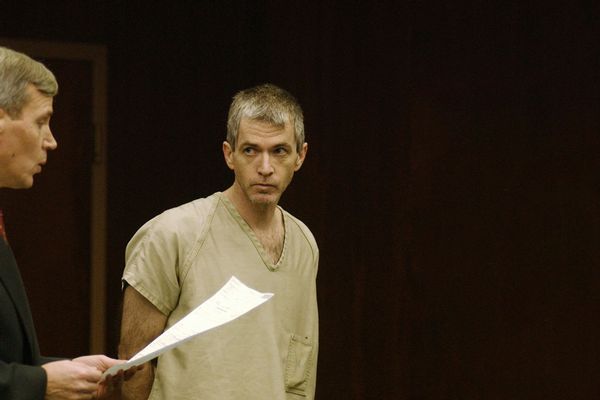 Charles Cullen, 43, from Bethlehem, Pennslyvania, is seen in a courtroom December 15, 2003 in Somerville, New Jersey. Cullen has admitted to killing 40 terminally ill patients in nine hospitals and a nursing home in the past 16 years. (John Wheeler/Getty Images)On March 2, 2006, Cullen was sentenced to 11 consecutive life sentences. A few months later, in August 2006, he donated his kidney to an unnamed male recipient, according to The New York Times, and returned to prison later that month.

Cullen is currently in protective custody at New Jersey State Prison in Trenton. As part of his sentencing, Cullen is not eligible for parole until June 10, 2388.

In 2013, Cullen made his first television appearance on “60 Minutes,” in which he spoke about his crimes with journalist Steve Kroft.

“There was a lot of pain, a lot of suffering and I didn’t cope with that as well as I thought I would,” Cullen said about his nursing stint at Saint Barnabas Medical Center. “It’s difficult for me to go back in time and think about what things were running through my mind at the time.”

Cullen also said that he thought he was “helping” his patients so that they “weren’t suffering anymore.

“I can’t . . . my goal here isn’t to justify, what I did there is no justification. I just think that the only thing I can say is I felt overwhelmed at the time,” he added. “Like I said I can’t, it was more or less I felt like I needed to do something, and I did, and that’s not an answer to anything.”

“Capturing the Killer Nurse” and “The Good Nurse” are currently available for streaming on Netflix. Watch the trailers below, via YouTube: