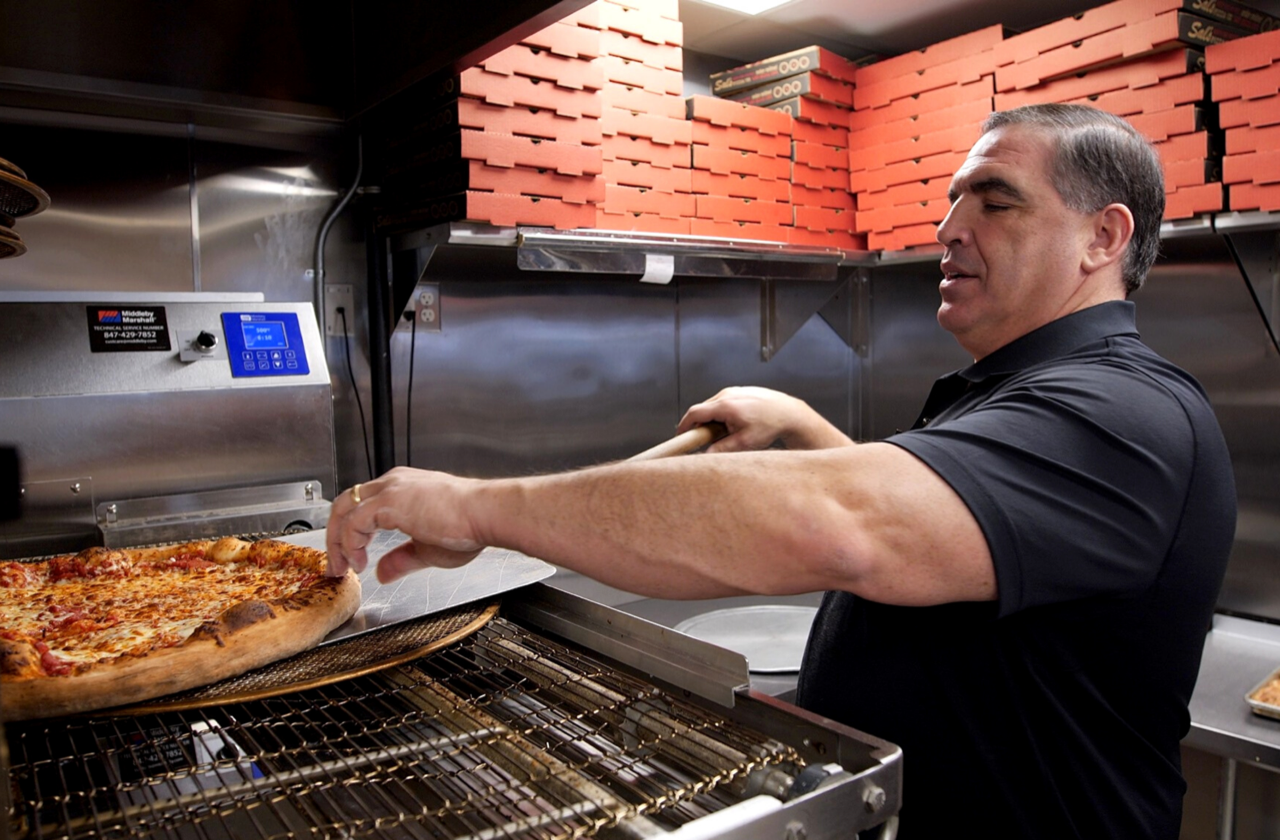 Starting this month, Sal’s Pizza is now the official pizza of the New England Patriots and Revolution.

Their new sponsorship deal makes them the exclusive pizza vendor at Gillette Stadium, and the official pizza of all five major sports teams in New England—the Red Sox, the Bruins, the Celtics, the Patriots, and the Revolution.

When Salvatore Lupoli opened Sal’s Pizza in Salem, New Hampshire, in 1990, he didn’t know the huge success that he’d find decades later. But he knew he was on to something promising.

“Starting a business at 22 was terribly exciting, but it was very concerning. I sold my car, my father took a third mortgage,” said Lupoli. “To see what it’s become 32 years later, it warms my heart.”

Today, the brand has 16 locations throughout Massachusetts and New Hampshire, and sells pizza at major sports venues, at the grocery store, and from their mobile food truck.

Chelmsford native Lupoli attended undergrad at Northeastern University, studying business and aspiring to be a real estate entrepreneur. While studying, he learned the pizza business at an apprenticeship in the North End, going back and forth on the Green Line from Northeastern.

He says the best advice he ever received wasn’t at school, but from his mother and father.

“They said Sal, if you use the best ingredients and you make the biggest product and you sell it for the best price, you should do the most business,” said Lupoli. “I used those pillars as the recipe for how I was gonna be successful.”

Sal’s 19-inch, three-pound cheese pizzas, made daily from fresh dough, crushed tomatoes, freshly ground cheese, and pure olive oil, sold for $4.99 back in 1990. Today, they cost between $16 and $19, depending on the location. Lupoli says he uses the same name-brand ingredients in his pizzas today as he did 32 years ago.

Lupoli is excited to see this kind of freshly-made food at venues throughout the state.

“These are some of the best sporting franchises in the world, and they’ve all decided to move to a fresh product for their customers,” said Lupoli. The pizza dough is rolled out at the stadiums, and the pizzas are cooked in ovens on site.

And, notes Lupoli, these brands like Gillette are moving to support other local, New England-born brands.

Some of their signature brands, located mostly in the Merrimack Valley, include the Riverwalk Innovation District in Haverhill and Thorndike Exchange in Lowell.