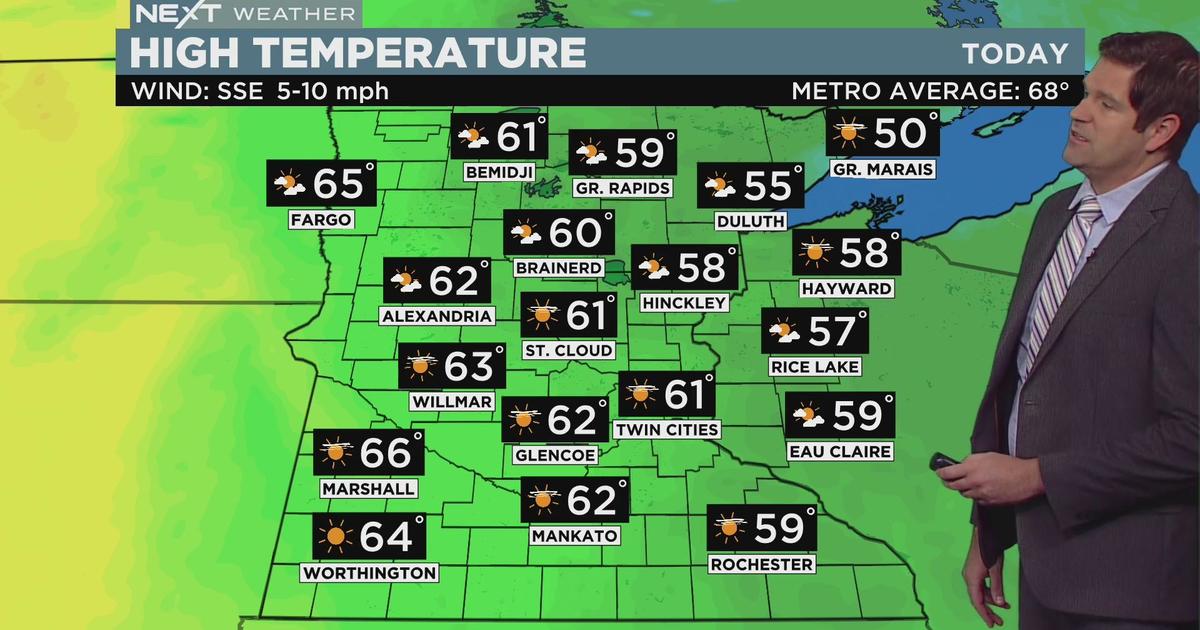 MINNEAPOLIS — Wednesday is off to a frosty commence, and even though we will see a great deal of sunshine later on on, temperatures will keep under average.

Most of the condition is beneath possibly a frost advisory or freeze warning as a result of 8 a.m. Temperatures in most places are starting off out in the 30s in the morning several hours.

The Twin Metropolitan areas must get up to 61 degrees for a large on a generally sunny working day.

The metro higher will soar to the higher 60s on Thursday, and by Friday, we will be back again previously mentioned 70. Individuals warmer temps will stick about via the weekend and into early next week.

The WCCO Employees is a group of seasoned journalists who convey you the written content on WCCO.com.