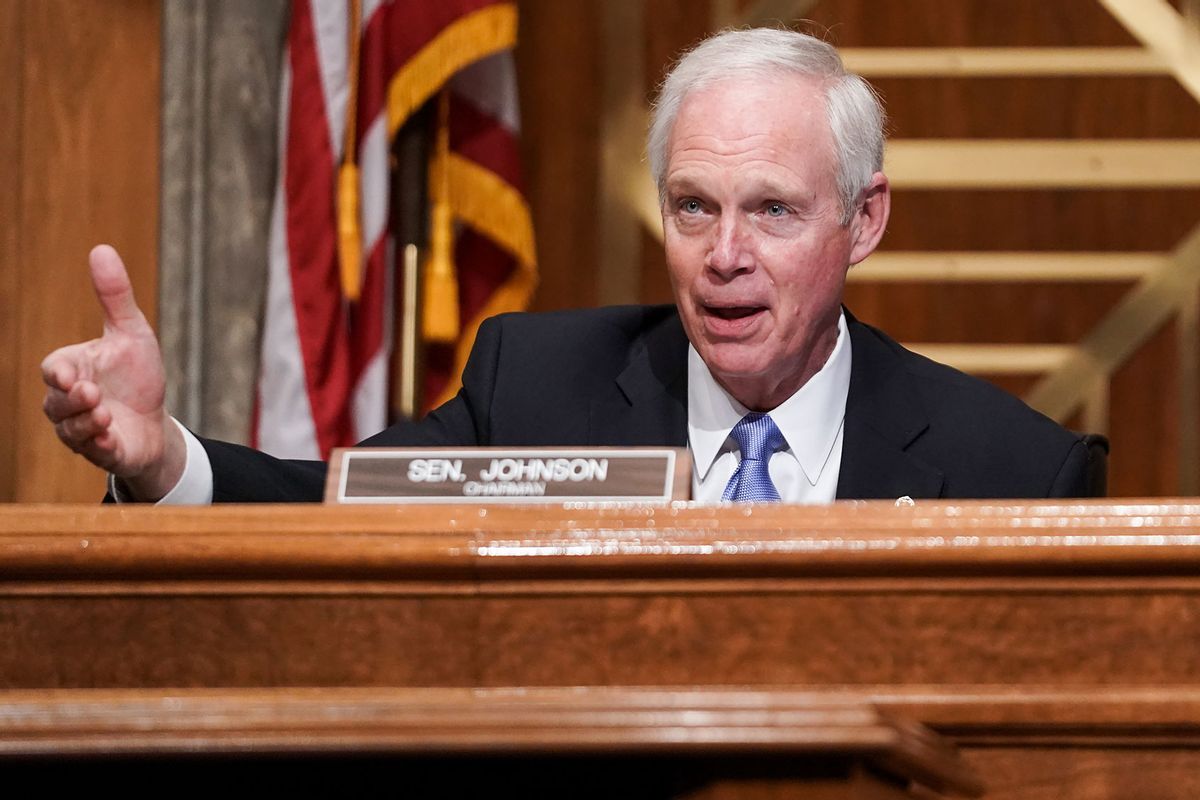 Last month, Sen. Ron Johnson, R-Wisc., went on Fox News to deliver a diatribe about the apparent ills of open borders, a policy that President Biden has never supported but was nevertheless cited by the senator as an attempt to “remake the demographics of America.”

But now, in the wake of a deadly mass shooting carried out by white supremacist who echoed a similar sentiment, Johnson’s comments are coming back to bite him, with many commentators arguing that the senator supports a racist conspiracy theory that’s likely to lead to more violence in the months to come.

The uproar stems from a shooting this weekend in Buffalo, New York, where ten people were killed and three were injured as part of a racially-motivated attack on a predominantly Black neighborhood in the city. Prior to the attack, the 18-year old killer, Payton Gendron, published a 180-page manifesto online, making multiple references to the “Great Replacement,” a baseless right-wing conspiracy theory alleging that the Democrats are attempting to loosen borders in order to replace the white electorate with more pliant citizens from the Third World.

Two days after the shooting, Johnson took to Twitter to express his condolences, saying that “Americans around the country are praying for the victims of the horrific attack that occurred in Buffalo. We mourn for their loved ones and thank law enforcement for their heroism.”

RELATE: How the “great replacement” theory went from Charlottesville to the GOP mainstream

But with no apparent segue, Johnson then turned his attention to Biden’s “open border policies,” arguing that criticizing the administration’s stance on immigration is not tantamount to subscribing to the “Great Replacement.”

“Pushing the lie that criticizing this admin’s policies in any way supports ‘replacement theory’ is another example of the corporate media working overtime to cover up the Biden admin’s failures,” Johnson tweeted.

But the conservative lawmaker has, at the very least, tacitly supported the theory without naming it directly.

RELATED: Doubling down on “great replacement” paranoia: How the right is reacting to the Buffalo shooting

In one Fox Business interview last month, the senator baselessly claimed Biden “wants complete open borders,” adding: “And you have to ask yourself why? Is it really they want to remake the demographics of America to ensure their – that they stay in power forever? Is that what’s happening here?”

And on Tuesday, Johnson employed a similar line of inquiry after being asked to condemn the “Great Replacement.”

“Why are [the Democrats] letting millions of people in this country … [Biden] ought to answer why are they doing that?” he told the Wall Street Journal. “It doesn’t make any sense to me at all. None. It makes no sense. I can’t explain a lot of things. Why are they pushing for mail-in ballots?”

Johnson’s spokesperson, Alexa Henning, has described any allegations of Johnson’s belief in the “Great Replacement” theory as “100% false.”

“The senator has spoken extensively on the inhumanity of the Biden administration’s open border policies, not some racist ‘theory,'” she said in a Tuesday statement, according to the Wisconsin State Journal.

Johnson, elected in 2011, as an adamant opponent of illegal immigration. Back in 2017, the senator supported Donald Trump’s decision to defer the Deferred Action for Childhood Arrivals, which provided children with temporary relief from deportation