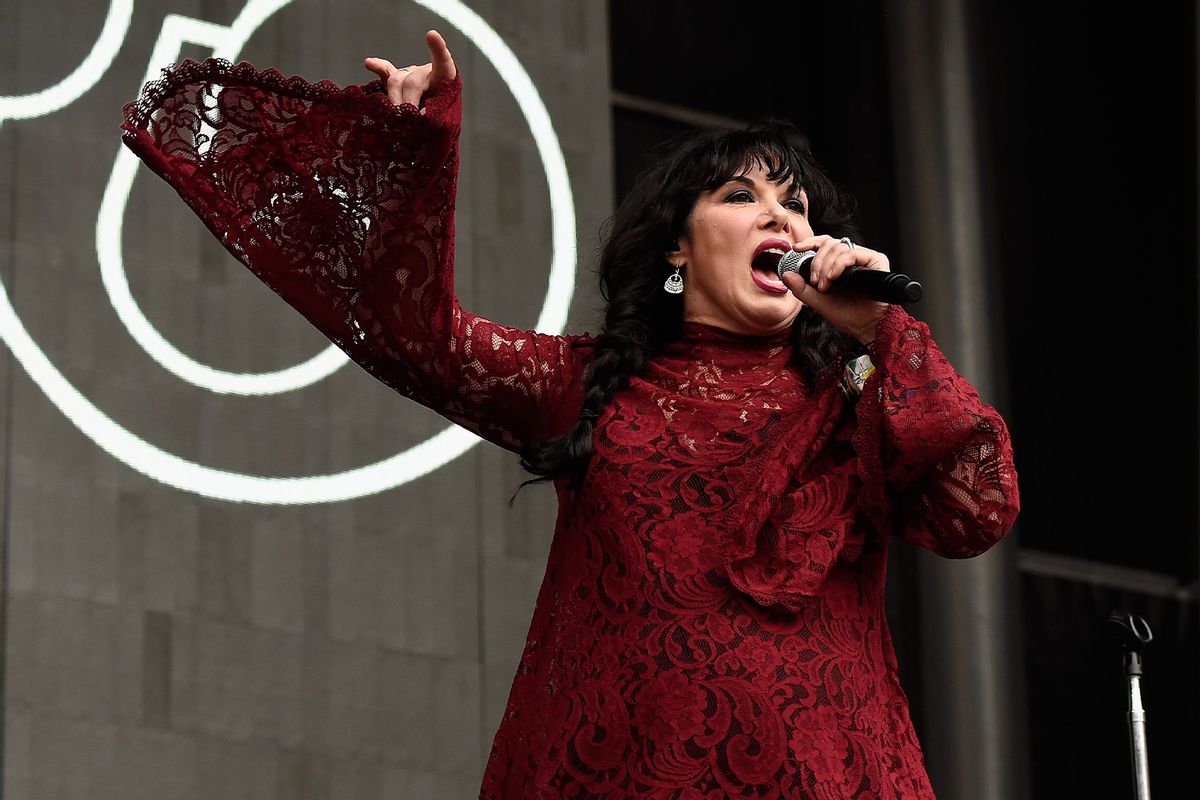 Acclaimed rock vocalist Ann Wilson, who says “there’s nothing I like more than discussing the Beatles,” joined host Kenneth Womack to do just that on the season 3 finale of “Everything Fab Four,” a podcast co-produced by me and Womack (a music scholar who also writes about pop music for Salon) and distributed by Salon.

Wilson and her younger sister Nancy make up the legendary, Rock and Roll Hall of Fame-inducted band Heart — the first hard rock group fronted solely by women — who were behind such hit songs as “Magic Man,” “Crazy On You” and “Barracuda.” As Ann tells Ken, their mother “always played music in the house” but it wasn’t until she was 12 and her older sister Lynn brought home the “Meet the Beatles” album that everything changed. “I don’t think she realized what it would do to me,” she says. “It was all over.”

RELATED: Nancy Wilson of Heart: “We weren’t looking to marry or date the Beatles. We wanted to be them”

Being struck by their “Englishness,” Ann was soon speaking with a Liverpool accent, wearing turtlenecks and smoking fake cigarettes. As she explains, it wasn’t about being a boy or girl: “In my heart, I felt androgynous … you could be one of the Beatles without a gender role. They opened up a whole world of intelligence and imagination. They gave you another periscope to see your gender from.”

LISTEN TO THE CONVERSATION:

She and Nancy went from watching the Beatles on “The Ed Sullivan Show” to seeing them live at the Seattle Coliseum in 1966 (“How do you come down from something like that? I don’t think you do.”), to playing music themselves. And in following the band’s artistic trajectory, Ann says they “always took lessons from the Beatles about things we could add to our lives.”

Calling each album from “Rubber Soul” to “Revolver” to “The White Album” full of “songs to die for,” the Wilson sisters incorporated what they learned into their own music, from Heart’s “Dreamboat Annie” in 1975 to Ann’s new solo album, “Fierce Bliss,” out now. It includes the song “Greed,” which she thinks John Lennon would have a lot to say about in terms of its commentary on the current state of the world.

A highlight of her career was performing George Harrison’s “Beware of Darkness” at the George Fest tribute concert in 2014, which she says Harrison’s widow Olivia and son Dhani were thrilled with. And with both John and George sadly being gone now, Ann says she named her new album with the thought that you can’t take anything in life for granted. “Happiness or bliss … I feel it all the way down to the ground.”

Listen to the entire conversation with Ann Wilson on “Everything Fab Four” and subscribe via Spotify, Apple Podcasts, Google, or wherever you’re listening.

Host Kenneth Womack is the author of a two-volume biography on Beatles producer George Martin, the bestselling book “Solid State: The Story of Abbey Road and the End of the Beatles,” and most recently “John Lennon, 1980: The Last Days in the Life.”