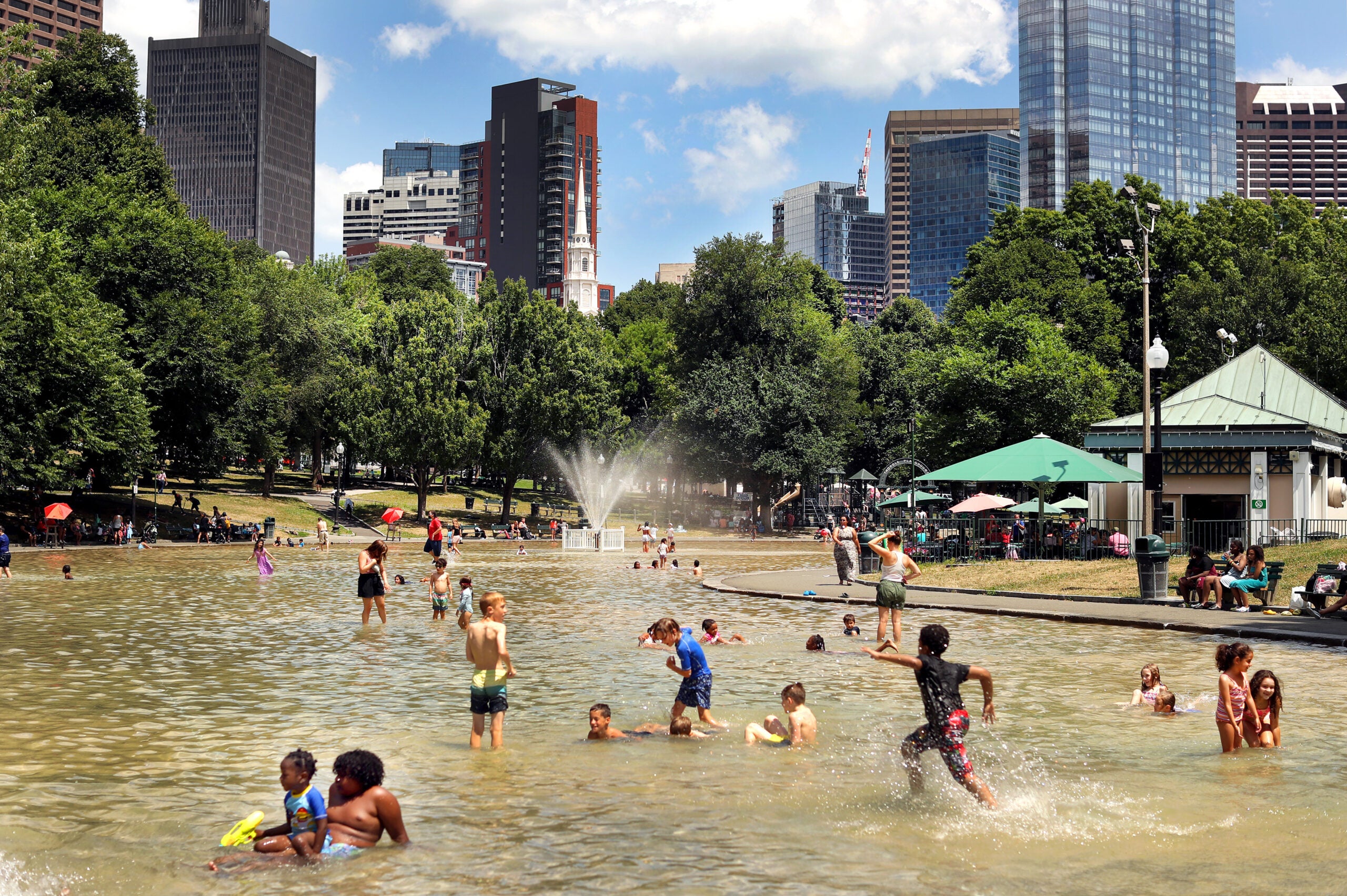 With the heat index in Boston expected to stay close to 100 degrees for the next two days, residents are advised to keep cool during the sweltering heat.

Due to the high temperatures, Boston Mayor Michelle Wu has extended the city’s heat emergency through Monday. This means cooling centers will be open at 16 Boston Centers for Youth and Families (BCYF) community centers on Monday from 9:00 a.m. to 5:00 p.m. A list of the centers can be found at boston.gov/heat.

Because COVID-19 cases are rising in the city, the Mayor’s Office strongly recommends wearing masks inside the cooling centers.

Additionally, splash pads will be open at parks and playgrounds throughout Boston. Select indoor BCYF pools are open, and registration for a time to swim can be found at this link.

Boston Public Library locations, which are air-conditioned, are also available for residents to seek relief from the heat. The East Boston and Egleston Square branches recently installed misters in their outdoor free WiFi zones.

The National Weather Service (NWS) is keeping a heat advisory in effect for our area until 8 p.m. Tuesday night. On Wednesday, temperatures are expected to finally drop into a more comfortable range.

According to the NWS, temperatures Monday should hit 94 degrees in Boston, but may feel as hot as 100 degrees. Though there is a 40% chance of rain Monday evening, it won’t help cool temperatures.

Tuesday is expected to look much like Monday, with a high of 94 degrees and a heat index of around 100 degrees, according to the NWS. There is a 60% chance of showers, which will most likely occur in the late afternoon or evening.

Wednesday is expected to be cooler, with a high of only 76 degrees, according to the NWS. We should see some rain, with a 50% chance of precipitation during the day and a 70% chance Wednesday night.

The cooler temperatures should prevail through next weekend, with Thursday through Saturday seeing highs only in the high 70s.

NWS meteorologist Torry Gaucher said the reason the heat has been sticking around is due to a surface area of high pressure called a “Bermuda high.”

“Wind travels clockwise around it, so we’ve been seeing some pretty persistent southwesterly flow that’s been ushering in the warmer temperatures and the higher humidity over the past several days,” he said.

“Aloft, as well, there’s a region called a subtropical ridge across the southern portion of the United States, and that’s been helping to really lock in the heat across much of the Northeast.”

Gaucher said that there is a frontal boundary around Quebec, northern New York, and the Great Lakes that is taking its time coming our way. That cooler air will deliver the relief from the heat that’s expected to come Wednesday.

“While the temperatures are cooler, it’s still gonna feel rather muggy,” Gaucher said. “We won’t really kick out the muggy conditions until that frontal boundary clears the coast sometime Thursday evening, into the overnight hours.”