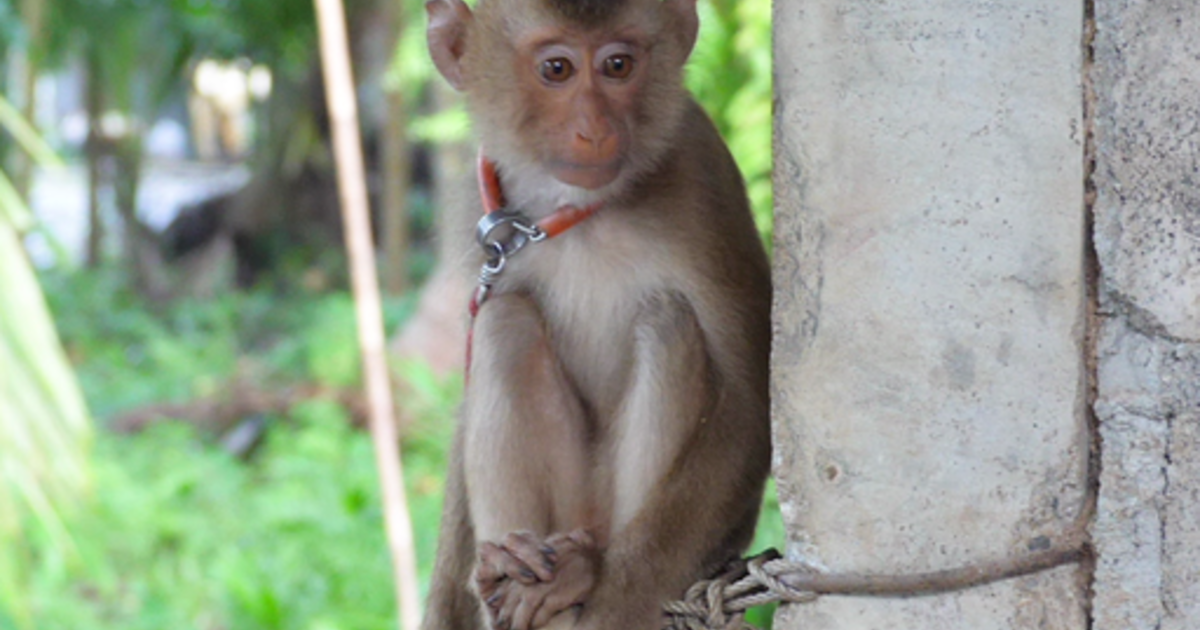 HelloFresh uses coconut milk obtained from monkey labor in Thailand, according to allegations from the People for the Ethical Treatment of Animals, which is calling for a boycott of the meal delivery service.

Monkeys are chained, whipped, beaten and forced to spend long hours picking coconuts, an investigation by PETA Asia alleges. Claims of animals abuse are alleged at 57 operations in nine provinces of Thailand, according to the findings released on Monday.

In a statement to CBS MoneyWatch, HelloFresh said the company receives written assurances from its suppliers that its coconuts are not procured using monkeys.

“HelloFresh strictly condemns any use of monkey labor in its supply chain, and we take a hard position of not procuring from suppliers or selling coconut products which have been found to use monkey labor. We have written confirmation from all of our suppliers — in the U.S. and globally — that they do not engage in these practices.”

Brokers to HelloFresh’s coconut milk suppliers showed PETA the monkeys, who were chained on trash-strewn patches of dirt and flooded areas with car tires as their only shelter, according to the animal rights group, which published photos from its investigation as well as video footage.

Most of the monkeys are kidnapped from their families in nature, even though the species exploited by the coconut trade are threatened or endangered, according to the animal-welfare group.

“Monkeys are chained around the neck and forced to toil day in and day out, all for HelloFresh and other companies that lack a conscience,” Tracy Reiman, PETA’s executive vice president, claimed Monday in an emailed statement. “PETA is calling on everyone, including HelloFresh, to stop buying canned coconut milk from Thailand until moneys are no longer used and abused for profit.”

The company had 7.5 million active customers in the third quarter, a three-month period in which the company netted it more than $1.9 billion in revenue, it said last month.

PETA for years has urged companies and people not to purchase any canned coconut milk products manufactured in Thailand due to its abuse claims. The group in 2020 obtained such a commitment from U.S. grocery brands including Walgreens and Stop & Shop.