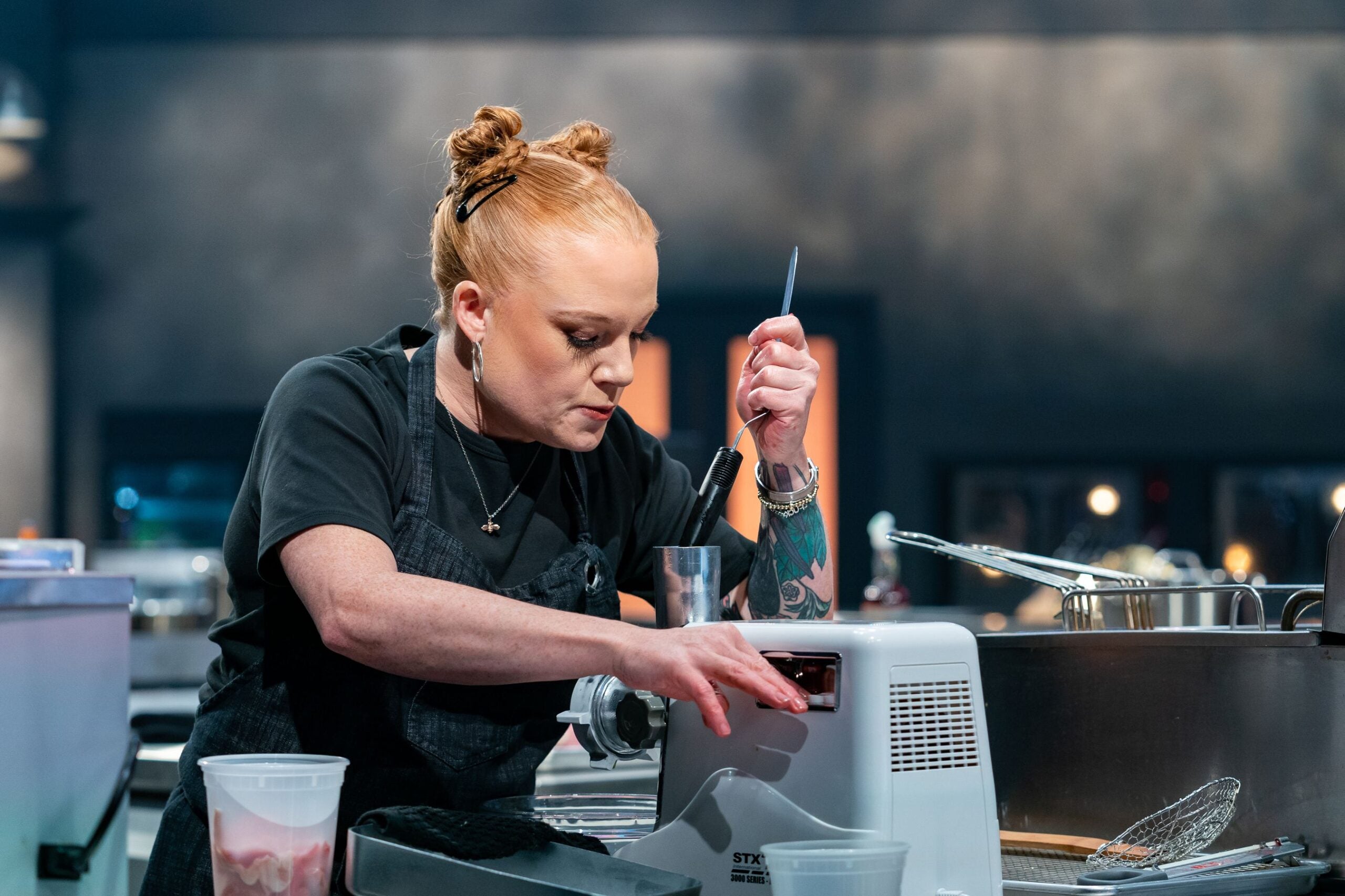 Celebrity chef Tiffani Faison, recent winner of the Food Network’s “Tournament of Champions,” discussed the restaurant industry, her new Boston ventures, and cooking rabbit and nattō with an anti-griddle, in an interview with WGBH’s “Greater Boston.”

Tiffani Faison is the chef behind local eateries like Sweet Cheeks, Orfano, and most recently three concepts in the High Street Place food hall.

Faison began her time in the limelight after a second-place finish on Bravo’s “Top Chef.” But she didn’t stop there. She has made a name for herself in the food industry doing everything from judging on “Chopped” to being a four-time nominee for the James Beard Best Chef: Northeast award.

“Greater Boston” host Jim Braude began the interview by inquiring about Faison’s winning ingredients and equipment — rabbit and nattō cooked on an anti-griddle.

Faison explained nattō is fermented Japanese soybean with a texture “halfway between snot and tape” and an anti-griddle is, as it sounds, a surface that does not achieve temperatures higher than 300 degrees.

When asked why Tenderoni’s pizza is so good, Faison said, “The burnt parm doesn’t hurt. We really worked on that dough, the crust, forever and ever and ever. I wanted it to be chewy and also tender.”

Alongside discussions of Faison’s many achievements “Greater Boston” aired a clip of Faison greeting her fellow competitor, perhaps in case any Bostonians or other celebrity chefs were thinking of challenging her to a cook-off.

“Ready to go down?” she asked.

Faison admitted to being very competitive — a trait she shares with the chefs she’s faced in challenges. What she didn’t admit to: wearing her 30-pound “Tournament of Champions” belt around the house.

Braude made her raise her right hand and swear to the fact.