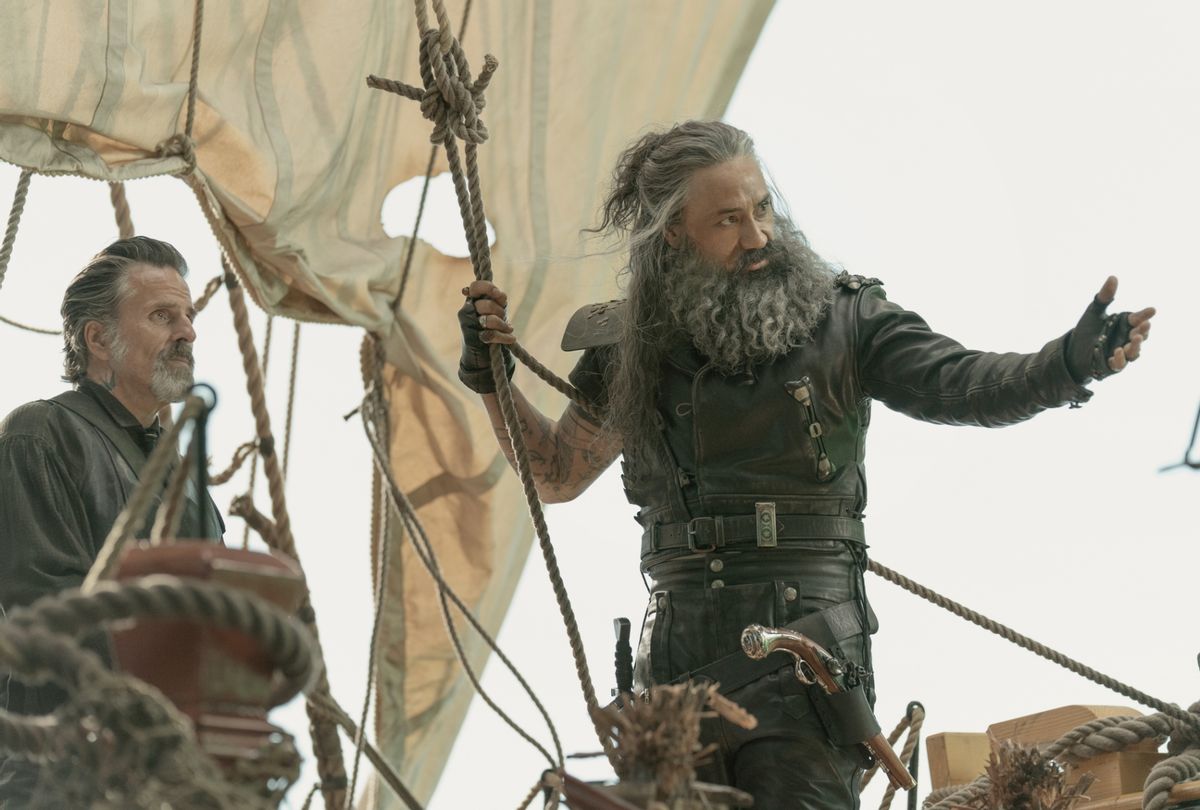 HBO’s new show “Our Flag Means Death” has brought the Golden Age of Piracy to life on TV, chronicling the life of the bumbling gentleman pirate, Stede Bonnet.

Season one mostly focuses on the fictional Stede’s momentous and oddly romantic meeting with the infamous Blackbeard, told through absurd comedy that softens and makes light of the brutality of real piracy.

Stede Bonnet in “Our Flag Means Death” is a hilarious and sympathetic figure — but who was the real Stede Bonnet from history and just how accurate is the series in depicting the life and times of “the gentleman pirate”?

What was the golden age of piracy?

Pirates have been around since ancient times and still exist today. Julius Caesar was captured by Cilician pirates in 75BC. He was ransomed and released and later returned and defeated the pirates and crucified them as punishment. Piracy still exists today with more than 100 attacks taking place in 2021.

The Golden Age of Piracy, in which “Our Flag Means Death” is set, is generally accepted to be the period from the start of the 18th century until around 1730.

It was in this period that there was a marked increase in the pirate attacks in the seas of the Indian ocean, and off the coasts of the Americas and Africa, due to a range of factors including a rise in quantities of valuable cargoes being shipped to Europe over vast ocean areas, a decrease in navies policing those waters, and corrupt and inefficient European colonial governments.

Who was Stede Bonnet?

The historical Stede Bonnet was a prosperous plantation owner in Barbados in the early 1700s. Also known as the “Gentleman Pirate,” Stede was described as:

A gentleman that has had the advantage of of a liberal education and being generally esteemed as a Man of Letters.

For reasons unknown, Bonnet in 1717 decided the life of a plantation owner was no longer for him and purchased a small ten-gun sailing vessel, called it the Revenge, and embarked on a career of piracy.

Bonnet immediately distinguished himself by hiring a crew and paying them a wage, something unheard of in the pirate world, where most relied on a share of the booty seized as payment.

Bonnet sailed around the American colonies and captured a number of ships off the Virginia Capes before heading back to the Bahamas. It was then that Bonnet had his fateful meeting with Edward Teach, who is infamously known to history as the villainous Blackbeard.

His relationship with Blackbeard

A news story of the day claimed that on the way to Nassau, Bonnet was involved in a fight with a Spanish man-of-war and his ship was damaged and Bonnet seriously wounded. But some authors discount this, as accounts of such a fight are not recorded in Spanish archives.

Recovering from his wounds, Bonnet ceded command of the Revenge to Blackbeard, who took the ship out raiding to Delaware Bay, where they plundered a number of ships. Authors have described accounts of Bonnet as essentially a passenger on his own ship, playing no role and dressed in a morning gown.

Bonnet and Blackbeard separated for a short time, only to link up again. By now Blackbeard had his own ship, Queen Anne’s Revenge. The wreck of this ship was located in coastal waters off North Carolina in 1996. Bonnet’s crew deserted him to serve under Blackbeard, who put one of his men in charge of the Revenge and kept Bonnet on the Queen Anne’s Revenge a virtual prisoner.

Bonnet was present when Blackbeard blockaded the port of Charles Town in 1718. After leaving Charles Town, Blackbeard and Bonnet travelled to Bath Town where they were granted a pardon by the governor of North Carolina.

Bonnet returned to find that Blackbeard had double-crossed him and dumped most of Bonnet’s crew, stripped the Revenge of supplies and sailed off with the loot.

While history has portrayed Blackbeard as a bloodthirsty murderer, the character in this series is more nuanced and complex. More recently, researchers have questioned the murderous portrayal of Blackbeard and suggested he was a literate, well-educated man of social grace — which perhaps gives some credence to Taika Waititi’s portrayal of the pirate in “Our Flag Means Death.”

Seeking revenge but unable to locate Blackbeard, Bonnet returned to his life of piracy. Bonnet hoped to preserve his pardon using an alias and changing the name of his ship. After capturing a number of ships, Bonnet sailed to Delaware Bay with the Revenge and two other ships.

Authorities learnt that Bonnet had moored in Cape Fear River and the governor of South Carolina sent a naval force. In the ensuing battle, both Bonnet and the naval forces sent to capture him ran aground and sat immobilized for hours, taking pot shots at each other while waiting for the tide to rise. With the rising of the tide, the naval force captured Bonnet and his crew.

Bonnet and his crew were taken to Charles Town. Bonnet, being a gentleman, was separated from his crew and with two of his officers was held in loose detention at the home of the town marshal. Some days later Bonnet escaped and went on the run for 12 days before being recaptured. This time he was imprisoned with his crew.

Bonnet was charged with two counts of piracy; he pleaded not guilty and conducted his own defense. He was found guilty by a jury and sentenced to death. Bonnet was hung in Charles Town on 10 December 1718.

As for the treacherous sea dog, Blackbeard, on November 22, 1718 he met his own end when he was killed in a fight with naval forces. His head was taken as proof of his death, and displayed by the Virginia governor as a warning to other would-be pirates.