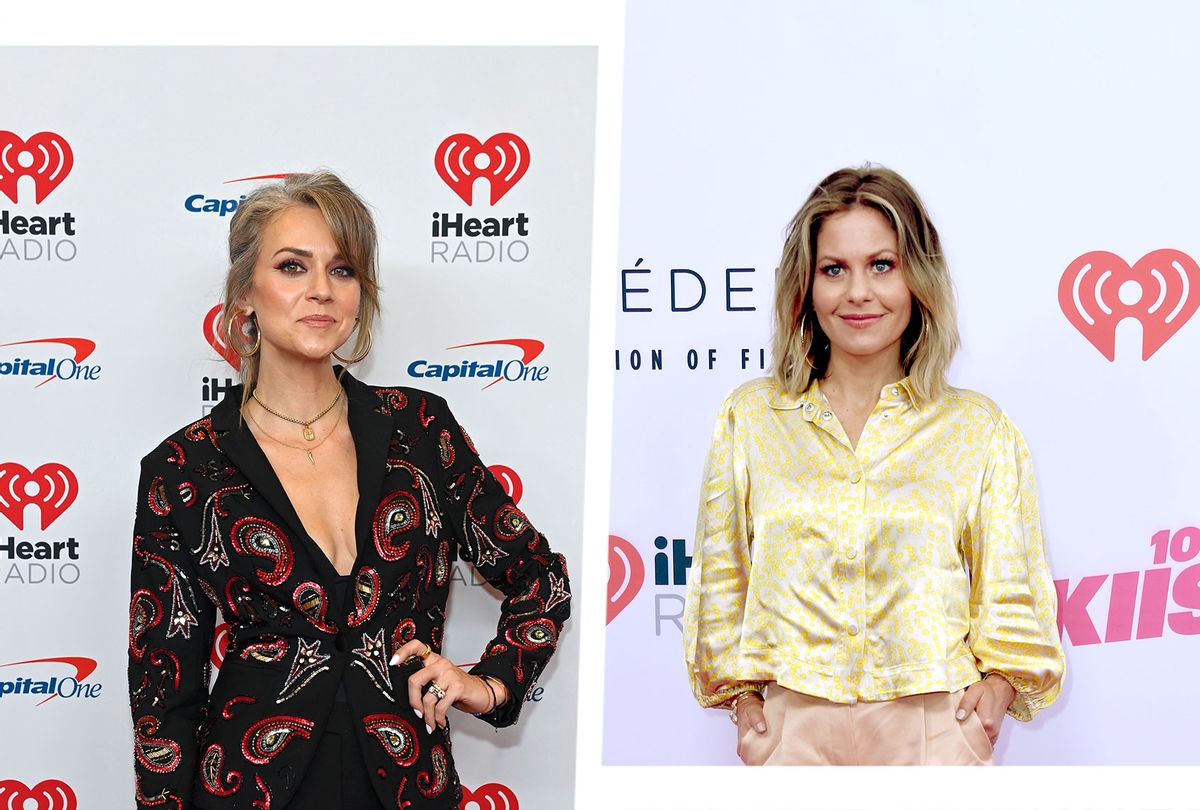 Candace Cameron Bure has landed herself in hot water after she told the Wall Street Journal that her new TV network partner, Great American Family, will not feature same-sex couples as leads in its holiday movies.

Bure’s comments were lambasted by “One Tree Hill’s” Hilarie Burton Morgan – one of the current stable of Hallmark Channel movie stars – who called Bure a “bigot” on Twitter and slammed Great American Family as “disgusting.”

“Bigot. I don’t remember Jesus liking hypocrites like Candy,” Morgan wrote. “But sure. Make your money, honey. You ride that prejudice wave all the way to the bank.”

She continued, this time making jabs at Great American Family founder Bill Abbott, Bure and their increasingly conservative network company: “Now they’re just openly admitting their bigotry. I called this s**t out years ago when Abbott was at Hallmark. Glad they dumped him. Being LGBTQ isn’t a ‘trend.’ That guy and his network are disgusting. You too Candy. There is nothing untraditional about same-sex couples.”

Bure, who currently serves as Great American Family’s chief creative officer, told WSJ that she left the Hallmark Channel earlier this year “for a more sweeping role” at “an upstart cable channel that is positioning itself as the God-and-country alternative for holiday entertainment.

“My heart wants to tell stories that have more meaning and purpose and depth behind them,” Bure said. “I knew that the people behind Great American Family were Christians that love the Lord and wanted to promote faith programming and good family entertainment.”

Bure’s marriage comments were also backed by Abbott — albeit vaguely — who said, “It’s certainly the year 2022, so we’re aware of the trends. There’s no whiteboard that says, ‘Yes, this’ or ‘No, we’ll never go here.'”

Bure had been Hallmark Channel’s leading “Queen of Christmas” having starred in 29 holiday-themed movies for the network before she and a few other Hallmark stars jumped ship for Great American Family. They were following Abbott, who had previously been CEO of Hallmark and was replaced by Wonya Lucas.

The conversation shines a light on how Christmas movies have become big business for TV and have increasingly become a politically divisive point in the ongoing culture wars. In the past, Hallmark under Abbott had been criticized for its more conservative bent that included  homogeneous casting in its holiday films, queerphobia regarding its commercials and making Hannakuh more Christmas-like in its portrayal. Salon’s Amanda Marcotte even went so far as to call the channel’s Christmas movies “fascist propaganda.”

With Abbott moving his operations to Great American Family, and Lucas making Hallmark more inclusive for queer characters, characters of color and of different abilities, the culture wars may be played out in who gets to claim Christmas movie dominance this season.

Morgan isn’t the only celebrity who criticized Bure — internet sensation JoJo Siwa, who is openly queer, also called out Bure in a Tuesday Instagram post.

“Honestly, I can’t believe after everything that went down just a few months ago, that she would not only create a movie with intention of excluding LGBTQIA+, but then also talk about it in the press,” Siwa wrote alongside a screenshot of a news article detailing Bure’s remarks. “This is rude and hurtful to a whole community of people.”

Siwa and Bure were previously embroiled in drama, after the former “Dance Moms” star called Bure the “rudest celebrity I’ve met” in a July TikTok. In response, Bure released an apology video, assuring fans that she had spoken to Siwa after learning that she’d declined Siwa’s request to pose for a photo together on the “Fuller House” red carpet.

“I’ll be honest. I haven’t spoken to her at all since the whole thing,” Siwa later told E! News when asked about her relationship with Bure following the feud. “I think she’s alive and thriving. I think I’m alive and thriving. We’re . . . civil? I don’t know. I’ve got like three problems since that one so we’re moved on.”