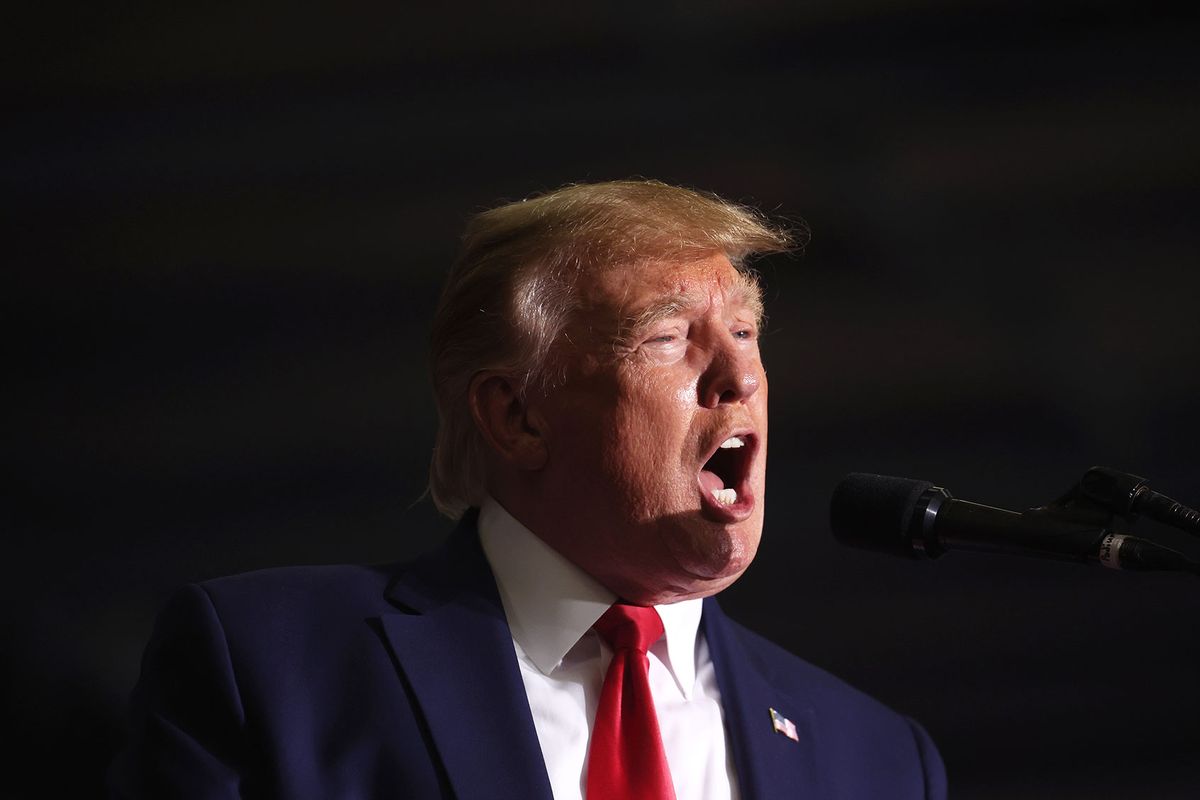 President Ronald Reagan believed in a big-tent approach to the Republican Party and the conservative movement, famously saying that someone who agreed with him 80% of the time was an 80% ally rather than a 20% enemy. Donald Trump, on the other hand, tells Republicans who dare to disagree with him “Go fuck yourself” — which, according to CNN’s Gabby Orr and the New York Times’ Maggie Haberman, is what Trump had to say about Club For Growth President David McIntosh when McIntosh refused to withdraw attack ads slamming “Hillbilly Elegy” author and U.S. Senate candidate J.D. Vance.

In Ohio’s 2022 Republican U.S. Senate primary, Vance and former Ohio State Treasurer Josh Mandel have been fighting a bitter, ugly, mudslinging battle to show who is the most MAGA. Trump has endorsed Vance, who was a vehement critic of the former president back in 2016 but has since flip-flopped and is now running for the U.S. Senate as a devoted Trump sycophant and a far-right MAGA culture warrior. The equally far-right Mandel has attacked Vance as an insincere opportunist, arguing that he is only pretending to be MAGA.

McIntosh is supporting Mandel, and he isn’t withdrawing that endorsement just because Trump is having a hissy fit.

Orr notes that Trump praised McIntosh at an April 9 rally in North Carolina, saying, “He’s a winner. He’s a fighter. We are undefeated when we work together.” But that was before Trump endorsed Vance on April 15.

“The duo’s partnership came to a screeching halt last week after the Club for Growth refused to end its negative ad campaign against Ohio Senate candidate J.D. Vance at the former president’s behest and doubled down with new ads against the Trump-backed ‘Hillbilly Elegy’ author,” Orr reports in an article published on April 27. “The group has backed former State Treasurer Josh Mandel in the heated Republican primary for the seat being vacated by Sen. Rob Portman. Unnerved by McIntosh’s defiance, Trump reportedly asked an intermediary to deliver a curt text message to him. ‘Go f*** yourself,’ it read.”

Orr reports that according to a source “close to Trump,” McIntosh and the former president “haven’t spoken since.” On April 27, Orr notes, the Club for Growth “launched a new ad once again targeting Vance for his past criticism of Trump.”

According to Orr, there were already tensions brewing between Trump and McIntosh before Trump decided to endorse Vance. But McIntosh’s refusal to go along with the Vance endorsement and quit attacking the “Hillbilly Elegy” author was the straw that broke the camel’s back.

“McIntosh’s swift exile from Trump World has now left some Republican candidates reeling,” Orr reports. “Meanwhile, four people familiar with the situation said the Club for Growth is grappling with frustrated board members and donors, who worry its influence will plunge if it doesn’t quickly patch things up with Trump. It’s the latest episode in the former president’s quest for singular influence over the GOP, further underscoring Trump’s expectation that allies either bend to his will or get out of his way. But even if the Club acquiesced to regain its foothold in Trump’s post-presidency operation, some of his allies plan to urge the former president to keep the group at arm’s length.”