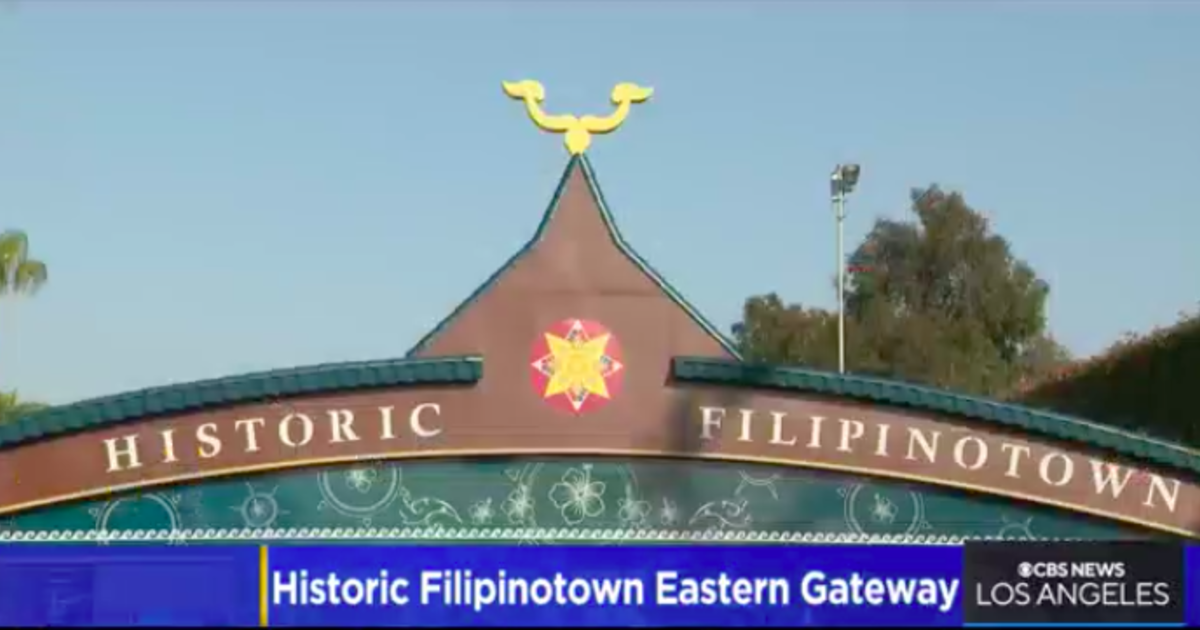 After being installed in early April, the Historic Filipinotown Eastern Gateway was finally unveiled Saturday in a celebration that featured multiple Los Angeles city officials and public figures.

The 30-foot tall gateway spans 82 feet over the Beverly Boulevard entrance into the Filipinotown neighborhood, and is called “Talang Gabay – Our Guiding Star.”

The unveiling comes during Asian American and Pacific Islander Heritage Month, which officials saw more than fitting for the new landmark to be revealed to the public.

Los Angeles City Councilman Mitch O’Farrell, who hosted the celebration after he initially committed $152,000 in city funds for the Gateway Project back in 2018, before acquiring additional funding through costs saving, which allowed him to commit an additional $452,000 for the new landmark.

The project has been a work in progress for the greater part of 20 years, back when current Los Angeles Mayor Eric Garcetti represented the area as city councilmember.

Garcetti spoke at Saturday’s event, where he said, “This isn’t just a big day for Historic Filipinotown or Hi-Fi, as some people call it, but for our City of Angels as well, because we celebrate all of our diversity.”

In February, when O’Farrell announced the installment, he said, “This beautiful, historic landmark will be a source of pride for the Filipino community and will rightfully celebrate this vibrant neighborhood and the incredible contributions Filipino Americans make to the city of Los Angeles.”

The landmark was designed by a pair of Filipino American artists, Eliseo Art Silva and Celestino Geronimo Jr., who incorporated Filipino cultural symbols that included a parol, a Filipino ornamental lantern and the Sarimanok – the legendary bird that originated on Mindanao, one of the Philippines many islands.

The unveiled their original design concepts back in 2020, during the midst of the worst of the coronavirus pandemic, and also included a Gumamela (hibiscus) flower in order to pay tribute to frontline workers.

Silva then said, “It’s a fitting tribute to the many courageous men and women on the frontlines, brave warriors such as our numerous Filipino healthcare workers. The gateway not only signals that Filipino Americans have finally arrived, it also symbolizes the valor of the frontliners in our city.”

Filipinotown is home to over 500,000 people who share the Filipino heritage.