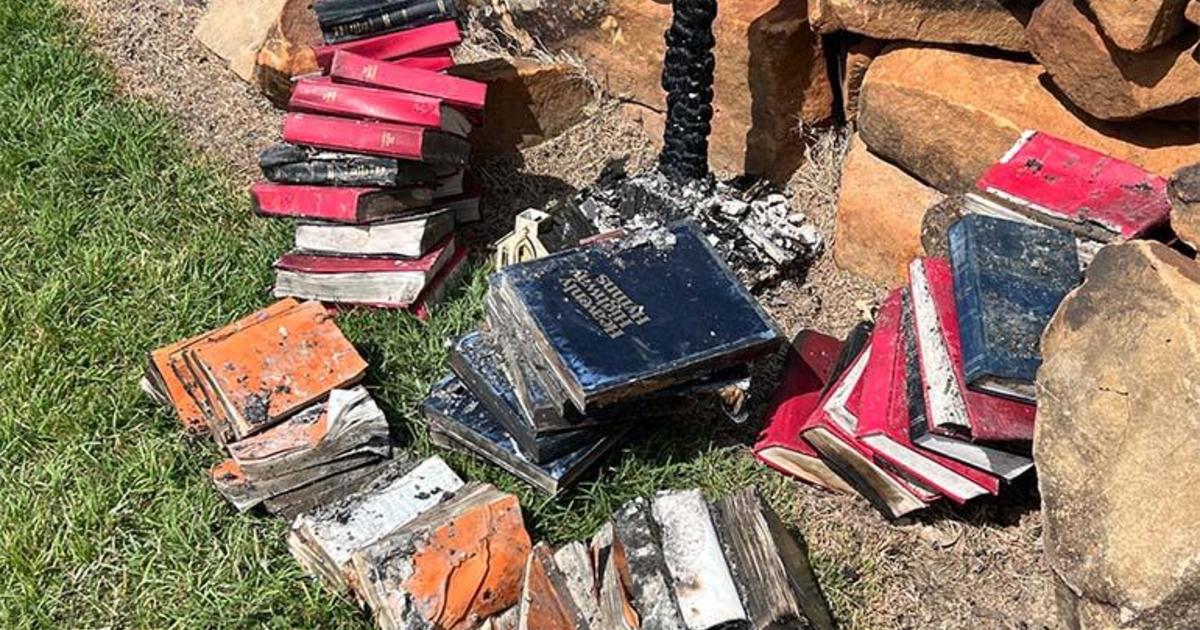 WISE COUNTY (CBSDFW.COM) — A historic church that stood for over 120 years in rural Wise County just south of Bridgeport burned down on Friday.

According to the Wise County Fire Marshal, no one was inside the Balsora Baptist Church at the time but a couple of first responders suffered minor heat-related injuries. One was also hurt by falling debris.

Sonny Smith, the church’s pastor, couldn’t believe what he saw when he visited the spot where his church burned. “A lot of memories, a lot of heartbreak.”

The remains of a piano Smith said “played for us each week” stood in the rubble of bricks and wood is a piano.

The only items that survived? Stacks of charred bibles and a cross.

“That cross is where we would get little pieces of paper with a string and everyone put all their family members and different ones they wanted to pray for and we hung them up on that cross,” said Smith. “It’s an absolute miracle that that cross made it through the fire when nothing else did.”

Smith said they were doing renovations on the fellowship hall to expand the kitchen, but when crews left for lunch on Friday, that’s when the flames went up.

“They came back, the fire was going, and they tried their best to get it out, but they just couldn’t get it out,” added Smith.

Smith said the church has insurance and is confident it will rise from the ashes.

“We know that the next chapter is going to be great for Balsora Baptist Church because we know the author and we’re trusting in him and we know he’s going to carry us through.”

Smith said his congregation will meet at the church by the three crosses Sunday morning to pray and sing.