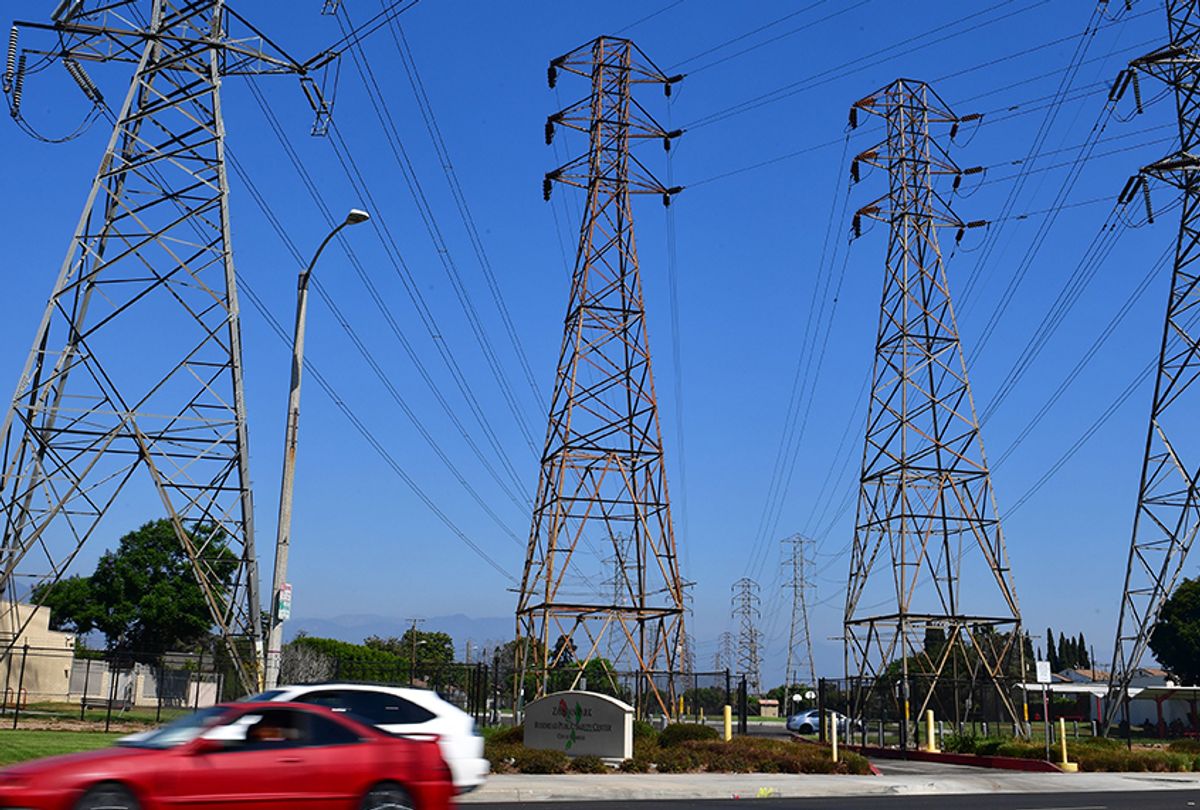 Californians knew that a power outage was coming. But figuring out when and where, and whether they were affected, proved an exercise in futility for many.

In the Bay Area, confused residents and business owners in East Oakland communed on local social network Nextdoor to figure out who was without power.

“Hi neighbors I’m having a hard time figuring out the map they provide,” one neighbor wrote. “Are we within the outage area?”

Others weren’t so lucky to have the opportunity to prepare — they only found out when attempting to turn on appliances.

The confusion over outage areas appears to be widespread across the state, thanks to a mix of website glitches and short notice from the for-profit monopoly, Pacific Gas & Electric (PG&E), that supplies power to California.

This week, PG&E gave as short as a few hours’ notice in some areas as they readied for a “Public Safety Power Shutoff” that could last up to 5 days. On Wednesday morning, darkness began to descend on 513,000 PG&E customers in Northern California. The power outage, according to PG&E, is a preventative measure in order to address safety issues during fire season, in which electricity is often a culprit. In the San Francisco Bay area and in and around the Sacramento Valley and foothills, the National Weather Service has issued a Red Flag Warning — the most severe of its kind — for weather conditions that can fuel an intense wildfire.

A second batch of 234,000 residents, including in the San Francisco East Bay, is expected to lose power during a second phase of shutoffs this evening around 8 pm. PG&E wildfire safety expert Sumeet Singh said the decision to cut electricity to customers in 34 California counties is “a last resort.” Some customers could be without power for five days, as every inch of the power lines have to be deemed as safe before electricity is restored.

As described by Daniel Swain, a UCLA climate scientist, on Twitter the move is a “a necessary bad idea in the short term.”

“It has high likelihood of preventing additional catastrophes like in Santa Rosa/Paradise, but shifts costs from utilities to communities in highly inequitable ways and creates new fire risks,” he said.

The economic costs of widespread power outages are staggering, and the poorest and infirm will be hit hardest: dialysis centers and small clinics will have to close for the duration of outages. Though PG&E is positioning the move as a preventative measure, it was also avoidable: the company chose to diverting money from power line under-grounding projects — among other infrastructure initiatives — to “other high priority system improvements” like boosting corporate profits and paying executives even more. Despite their recent bankruptcy filing, the company’s chief executive officer Bill Johnson received an annual base salary of $2.5 million for a three-year contract — double the salary of the previous CEO.

In 1994, the company’s failure to trim trees near its power lines led to the Trauner Fire in Nevada County, California. In 1997, a jury found the company guilty on 739 counts of criminal negligence for causing this fire. Thanks to a subsequent California Public Utilities Commission (CPUC) investigation, the public learned that between 1987 and 1994 PG&E diverted $495 million from its budgets to maintain its systems to boost corporate profits.

Decades later, another an investigation by the California Public Utilities Commission found that PG&E diverted more than $100 million in gas safety and operations collected from customers over a 15-year period to spend on bonuses for executives, among other profit-makers for key stakeholders. The investigation linked its inadequate safety culture to the pipeline explosion in San Bruno on Sept. 9, 2010, which killed eight people. In 2017, four fires occurred in California’s Wine Country because trees hit PG&E power lines. The company is also responsible for the 2018 Camp Fire, which was the deadliest in the state’s history.

Despite the corruption that was documented in the late ’90s and early 2000s, in 2017, state regulators approved spending $60 million to move existing PG&E electrical lines underground. The tactic would shield exposed power lines from gusty winds that spread fires — but the company only spent $28.3 million on the initiative, according to the San Francisco Chronicle. In 2018, a KTVU investigation found records of unused funds belonging to cities and towns, and by 2016, nearly $44 million dollars were left unspent.

According to the Wall Street Journal, PG&E removed 451,000 more trees between and 2018 than it had originally planned in an increased effort to deal with massive tree mortality.

Some politicians and activists have called to municipalize the perpetually negligent utility company, including San Francisco Mayor London Breed.

Currently, PG&E is going through Chapter 11 bankruptcy from the 2017 fires as victims of the Camp Fire have filed millions of dollars in damage lawsuits against the utility company. Another major wildfire on PG&E’s watch could equate to more political trouble for the corporation; that consideration played into the calculus that led to their decision to OK a Public Safety Power Shutoff.