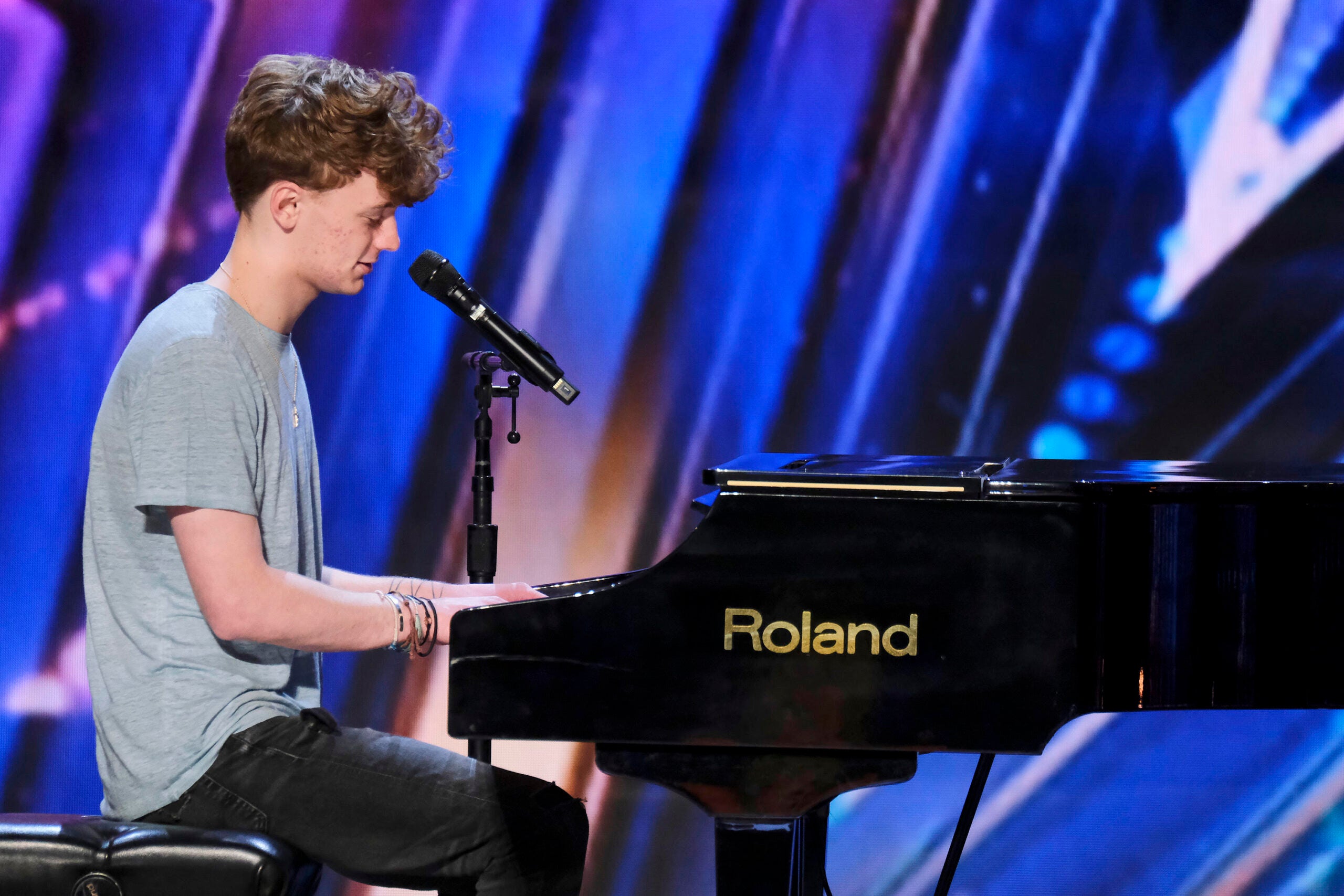 Kieran Rhodes blew away celebrity judges on “America’s Got Talent” with a vulnerable original song and a strong vision of success.

But Rhodes didn’t always want to be a musician.

His adolescent dreams took the shape of sliding into home base as a Division 1 baseball player in college. That was until his freshman year of high school, when he made the sudden decision to pursue music.

“Music came out of nowhere and I taught myself how to play and write. I just had a sudden urge to be a musician and my life took a complete right turn,” he said.

His vision was spurred on by a love of Billy Joel, something he discussed in his audition. He even performed a portion of “She’s Got a Way” by the singer before being cut off and asked to perform his original.

“I would just lay up in bed at night and watch videos of him (Billy Joel) on YouTube… I  would be like that’s what I want to do. I would try and mimic him and learn things by myself,” he said.

After some time as an instrumentalist Rhodes decided to try singing along to the piano backings he was playing.

“I opened my mouth and I tried to sing and I realized that I could…which is another thing that I’m just so grateful for. I didn’t know that I had a voice,” he said.

When Rhodes set out to apply to colleges that would suit his musical aspirations he only applied to a single school – Berklee College of Music in Boston.

During his time at Berklee Rhodes made best friends and collaborators, put names to skills he had independently learned from different corners of the internet, and recorded an entire EP in his dorm room when COVID-19 restrictions left that as the only place to do so.

One night, unbeknownst to Rhodes, an “America’s Got Talent” producer saw him perform, and loved it.

“She reached out to me two weeks after the performance and she said that I blew her away and she needed to have me on the show. She said she pitched me to her executives immediately,” he said.

His audition contained the Billy Joel cover and an original tune called “Disengage.”

The song tells the truthful tale of Rhodes’ own struggles with depression. As he crooned a powerful chorus of “someone’s got to help me, disengage” and lyrics like “this is all inside your head, your life is fine, your love ain’t dead” spectators wiped their eyes, nodding in affirmation.

His tune even connected with celebrity judge Simon Cowell. Cowell said when he began in the music industry he was teased by other kids and it remained with him as he grew older despite finding success.

“It plays on your mind, you get depressed. But I didn’t have the talent you’ve got…I really do hope this audition can change your life,” said Cowell.

Rhodes said “Disengage” was the most vulnerable and truthful he’d ever been with an original song.

Since his audition aired, Rhodes has been receiving “so, so many” messages from other people who have struggled with their mental health.

“It’s been blowing me away that something I’ve written has been that impactful in someone’s life. I am very glad that this song can reach the people that have listened,” he said.

He said the same on his Twitter account, posting an image of himself in his baseball uniform at a much younger age alongside an image of him on the America’s Got Talent stage.