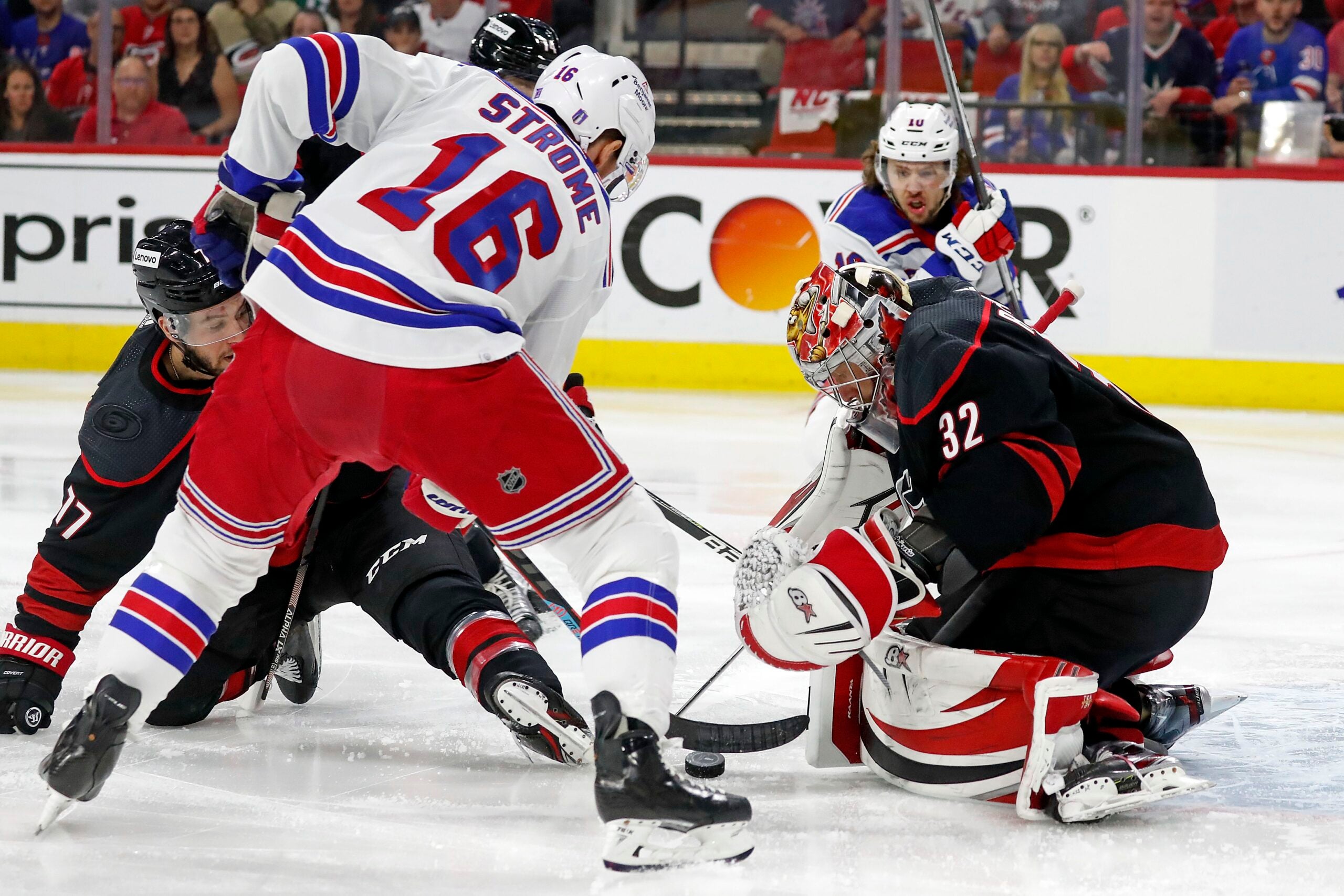 Sean McDonough has called just about every sport and called them well during his outstanding and remarkably versatile broadcasting career. But he hadn’t done play-by-play on NHL games in nearly two decades, until ESPN regained broadcast rights this season after an 17-year hiatus and tabbed him over the summer for its No. 1 booth.

McDonough said during a conversation Friday that it’s been “incredibly satisfying” to be calling hockey again, something many New Englanders remember him doing on NESN for the Beanpot and Hockey East games back in the 1980s.

“It has been as fun as I hoped and expected it would be when I got this assignment,” he said. “Fulfilling is the right word.”

But he’s also noticed how much the game has changed since he last called — and in some ways, has become more challenging for broadcasters to call.

McDonough’s season isn’t over — he’s calling the Eastern Conference semifinal series between the Rangers and Hurricanes, and ESPN has the Stanley Cup Final this season — but some changes in the NHL game since he last called it and lessons learned over the season already resonate with him.

“If you look down now, the puck has gone to three different people, or it might even wind up in the net. You’re dead, and you’re looking up going, ‘Uh, what just happened?’ ”

It’s more of a whimsical lament than a serious complaint, but when McDonough has called Bruins games at TD Garden, he catches himself sometimes longing for the viewpoint and sight lines that broadcasters had at the old Boston Garden.

“In the old Garden,” he said, “you were close enough with that overhang in the balcony — it was basically the first row of the balcony where we were situated — that you could hear conversations as the players and officials were lining up for the faceoff. It was perfect.”

In TD Garden, the broadcasters are set up on the ninth floor, while action takes place on what is the third level of the building.

“So basically it’s like hanging out the window of a six-story building to describe something that’s happening on the street or the sidewalk,” said McDonough. “It can be tough to tell whether a puck hit the post, or did that hit the goalie’s pad, you know?

“Somebody told me Doc Emrick had a great phrase when he wasn’t sure what happened. He would say, ‘And it did not go.’ So that meant it didn’t go in the net, but you also weren’t committing to saying that the guy had saved it or it had hit the post or whatever. ‘It didn’t go’ gets you some time to find out what really happened.

“That’s one thing I’ve learned as the season has gone on, that sometimes it’s better not to fully commit to what you think happened until you actually know.”

ESPN introduced its “Monday Night Football” broadcast team Monday, and it is about as familiar as anything new can be.

After 20 years as Fox Sports’ No. 1 team, Joe Buck and Troy Aikman officially made the leap to ESPN in March, signing contracts reportedly more than $36 million per year combined.

The big money that Buck and Aikman received to switch networks and bring their established profiles to “Monday Night Football” was the talk of the industry . . . right up until March 10, when Fox announced that Tom Brady would join its No. 1 booth when he retires. At a rate of $37.5 million per year, Brady will make more than Buck and Aikman combined whenever he begins.

During their conversation with reporters Monday, the topic quickly turned to Brady, future broadcaster.

“It’s not something I thought that he was maybe considering doing, but I think he’ll be great,” said Aikman. ” I have a great relationship with Tom. Love when we call his games. I’ve gotten a chance to even get to know him more since he went to Tampa and played in the NFC. I think he’ll be fantastic. I think he was an outstanding hire.”

Said Buck: “Would anybody ever bet against the guy being great at anything? He’s kind of cornered the market in that. But it’s a new thing, and with new opportunities come new responsibilities. I think it’ll be a steep learning curve, and I’m sure he’ll be fantastic.”

Nothing impedes the flow of an NBA telecast more than when a team is challenging a call. Challenges, and most replays, should be banished, and I will run on that platform for something someday. Only slightly less annoying is the ex-referee the networks keep on standby who pops up to chime in on whether the call was correct, and roughly 98 percent of the time finds a way to agree with the call or rationalize why a bad one was made. The foul is on you, Steve Javie . . . Roger Angell’s elegant baseball essays in The New Yorker, particularly “Agincourt and After” on the 1975 World Series, were a reason I began to love writing as a teenager. But nothing has stayed with me like his 2014 piece “This Old Man,” a rumination on what stays with you and what is lost as the years pass. Angell died Friday at 101 years old. I know I won’t be alone in revisiting his graceful work over the next few days.