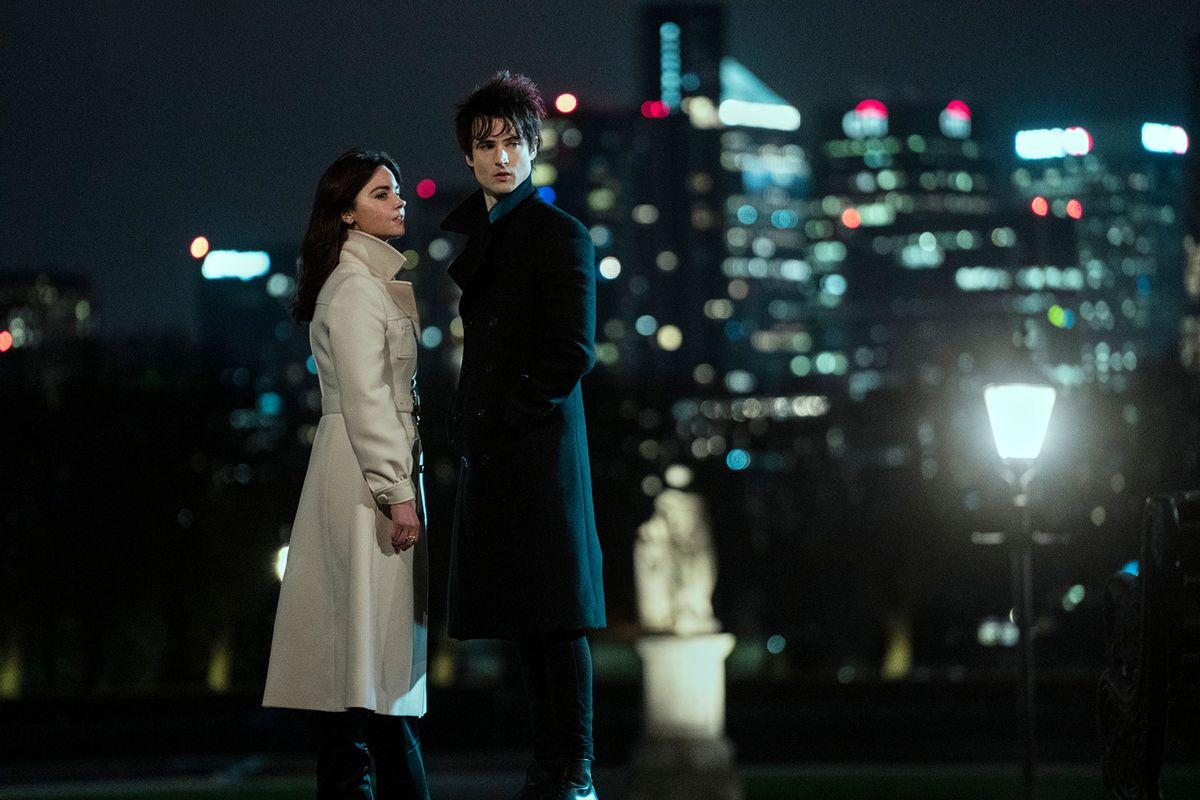 In “The Sandman,” the titular hero’s stronghold sits at the heart of The Dreaming, a plane where anything is possible if its master wills it. Humans can be reborn as ravens; ravens can become people. Nightmares have the potential to transform into kindly reveries. Lands can expand and shrink, vanish, and be remade.

To believe that “Sandman” author Neil Gaiman wouldn’t afford himself the same latitude in adapting his graphic novels in a lush live-action vision for Netflix would be silly. Then again, anyone making that assumption doesn’t know Gaiman or his work too well.

Along with being a lifelong student and philosopher concerning myth, the author adjusts his work to suit the medium and the era in which it’s being presented. That is why a story once believed to be unfilmable flourishes as a TV series: Gaiman and showrunner Allan Heinberg are faithful to the original work without being zealously beholden to recreating it exactly as it was first rendered in 1989.

The Netflix series is a stellar example of how a classic literary work’s plot can be streamlined, and its characters’ motivations tweaked to better serve the TV audience without losing any of its intellectual heft. “The Sandman” is molded for TV to be even more inclusive than it was when it was originally published. Given the prominence of LGBTQIA and gender-fluid characters in the graphic novels, that’s notable.

Gaiman…[is] faithful to the original work without being zealously beholden to recreating it exactly as it was first rendered in 1989.

That also makes the series’ means of introducing women in the place of characters originally written as men, or genderless, especially pleasing.

As Gaiman explains it, their roles are not gender swaps but characters developed for the show. This means more women hold empowered roles in a story whose original version disproportionately featured men in positions of might or authority.
Best of all, these are not small, easily overlooked parts. Each of the figures examined here is central to the larger mythos and played by a performer who contributes to broadening the story’s appeal without losing any of what makes it extraordinary. But then, fans already get this . . . which is why very few of these changes caused an outcry. 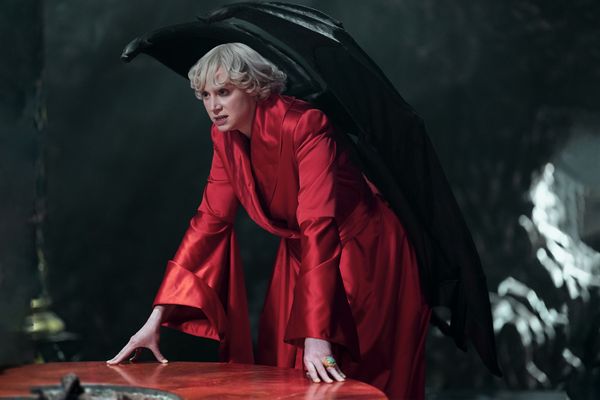 Gwendoline Christie as Lucifer Morningstar in “The Sandman” (Laurence Cendrowicz/Netflix)

When Netflix announced Gwendoline Christie was cast as the Hell’s ruler fresh off of playing Brienne of Tarth in “Game of Thrones,” only a fool wouldn’t have recognized the genius of that choice. Such a move isn’t entirely unprecedented, after all; wasn’t it thrilling to see Tilda Swinton swooped in at the end of 2005’s “Constantine” as the archangel Gabriel? It felt right.

Christie has a similar pull. She wields her 6-foot-3 height masterfully on the screen and the stage and uses her physique and regal chilliness to lord over Tom Sturridge’s Dream in the scenes they share.

The actor also resembles the graphic novel’s golden-haired vision of Lucifer more closely than Tom Ellis’ raven-haired devil at the center of the popular 2016 TV series bearing that name. Then again, who’s not to say they aren’t the same being?

Gaiman pictured the devil to be somewhat chameleonic and, as he reminded readers in a recent New York Times interview, sexless: “We see naked Lucifer,” he said. “There is nothing between Lucifer’s legs!”

That could also be true of this Lucifer. But who would dare to ask? 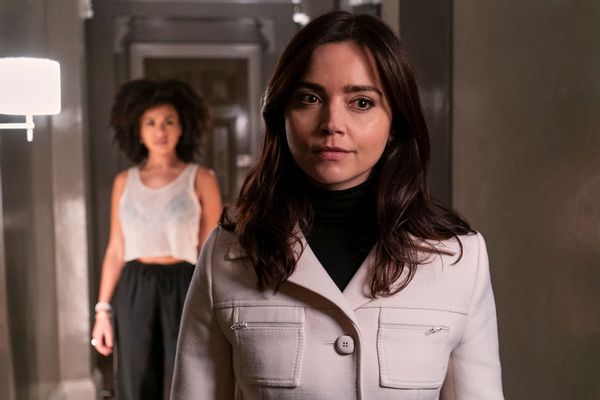 “The Sandman” scrubs several familiar links to the popular DC Universe out of its script. For example, the mental health facility where David Thewlis’ John Dee is kept is not called Arkham, one of several changes made to that character’s profile. In the comics Rose Walker’s companion Lyta Hall (Razane Jammal) has a very famous mother.

Casual “Sandman” readers can’t possibly ignore Jenna Coleman’s Johanna Constantine, the detective, grifter, magician, and master of the occult whose storyline is similar to that of John Constantine. Constantine figures prominently in the graphic novels and starred in his own DC series, “Hellblazer.” He’s also been played by Keanu Reeves and Welsh actor Matt Ryan, who drew enough of a following based on his portrayal in a gone-too-soon NBC series from 2014 to move DC to hire Ryan to voice Constantine in its animated films.

All of which is to say that if a producer isn’t going to cast one of those actors, introducing a new-ish character, albeit a figure descended from an existing one, makes more sense.

Coleman, a popular “Doctor Who” companion, fills a dual role as present-day Johanna and her adventuresome ancestor who crosses Dream’s path in the 1700s (as seen in the episode “The Sound of Her Wings”). Coleman’s Johanna plays it cool but lacks the grit and moodiness of John. She dresses to navigate polite society but, like the hero of “Hellblazer,” is haunted by her failures and demonic nightmares.

Johanna is also kinder to her ex-girlfriend than John was to his, even if the woman she abandoned similarly succumbs to an addiction to Dream’s bag of sand. In response to a fan mourning Johanna’s lack of self-loathing, Gaiman said, “I think the self-loathing is there. She just hides it better.” We may see more of it spill out in the second season. 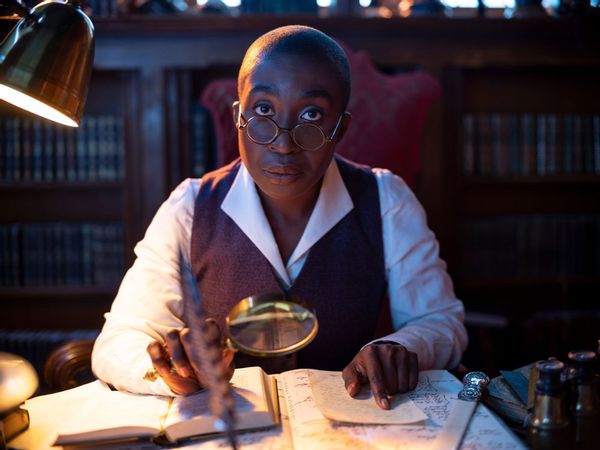 Vivienne Acheampong as Lucienne in “The Sandman” (Laurence Cendrowicz/Netflix)

If “The Sandman” graphic novels were favored by emo and goth kids, The Dreaming’s chief librarian Lucien was the patron hero of the extreme bookish. Gaunt, polite, and extremely loyal, he holds The Dreaming together as much as he could during its ruler’s century-long absence.

Vivienne Acheampong’s Lucienne plays a similar role but with an enhanced agency. She carries herself with unerring calm, elegance, and quiet strength. She’s the voice of reason, the same as her counterpart on the page. But she also stands up to his arrogant displays when they risk the integrity of their existence and takes a direct role in helping Dream protect their home from a cosmic threat called the Dream Vortex. Lucienne also is one of the few beings before whom Dream can be vulnerable – and the only one to whom he admits that maybe he isn’t as all-knowing as he claims.

People who know what it’s like to hold everything together gracefully and thanklessly may relate to Acheampong’s Lucienne and her situation more closely than that of Morpheus – which takes nothing away from the Lord of Dreams, mind you. Rather, it acknowledges that every being needs someone to watch their back and keep them out of trouble. In this case, that task happens to fall to one of the universe’s most competent women. Why wouldn’t it?

All episodes of “The Sandman” are currently streaming on Netflix.

about Neil Gaiman and “The Sandman”