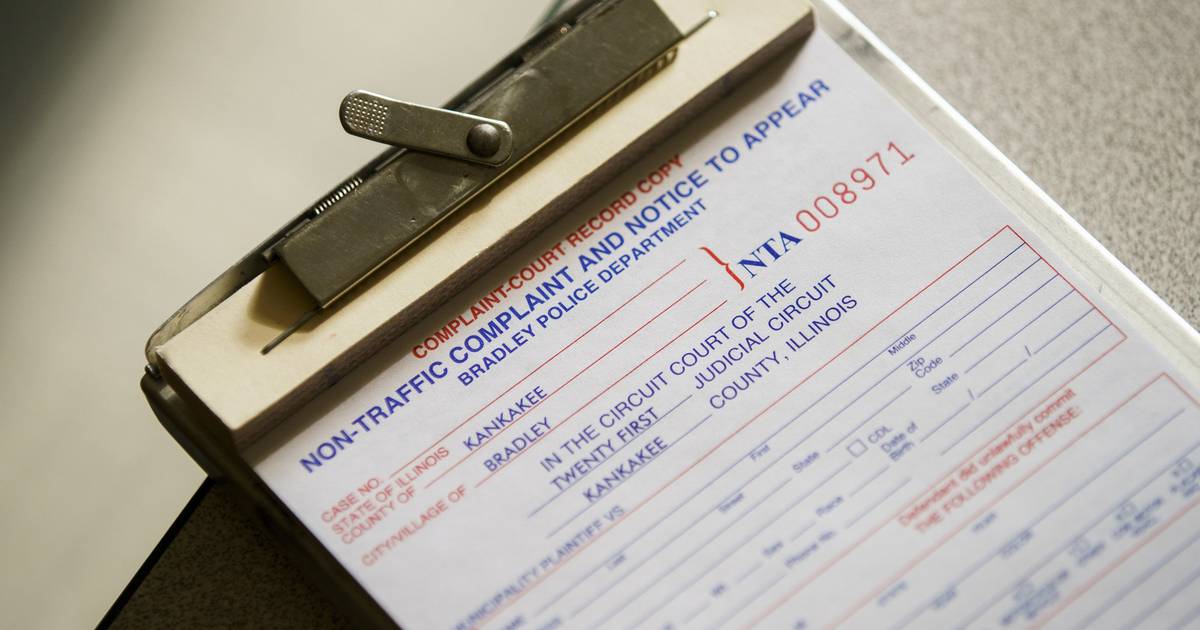 Neither the state of Illinois nor the federal government tracks how often police give tickets to students in public schools for violations of municipal ordinances.

To understand how frequently and for what reasons police cited students, reporters from the Chicago Tribune and ProPublica filed more than 500 requests for public records with schools and law enforcement agencies under the Illinois Freedom of Information Act.

The requests were sent to 199 school districts: high-school-only districts and large K-12 districts. The requests sought records that would show how many times police were involved in student incidents during the school years that ended in 2019, 2020 and 2021; how often students were arrested; and how often tickets were issued in those incidents. Reporters also asked for the race of students who had been referred to police.

Some school districts said they did not track whether police issued tickets to students, so reporters then filed requests with the hundreds of law enforcement agencies that have jurisdiction over high schools in those districts. The requests sought information on where each ticket was issued, the age of the ticketed person or an indication whether they were a juvenile, the race of the person ticketed, the offense and the amount of the fine.

From those records, reporters built a database documenting more than 11,800 tickets issued by police in 141 school districts during the three school years examined. The database included police tickets issued at a school address to a person younger than 18, while excluding tickets issued for traffic or parking violations or for curfew violations.

Reporters also collected information about ticketing in the 2021-22 school year in select districts, but this data was not included in the database.

In addition to logging the number of tickets issued by each police department at each school examined, reporters documented the reasons tickets had been issued, how the tickets are adjudicated in each community, what the possible fines and fees are, and whether the community attempts to collect unpaid juvenile debts.

If a school district or police department provided the race of the young people ticketed, that information was documented in a separate database used to analyze the rates at which students of color were ticketed in their schools.

Because the forms used to document tickets varied between districts and police departments, reporters made informed judgments to group tickets into broader categories. For example, reporters classified tickets for possession of drug paraphernalia and tickets for cannabis use into one category for drug-related tickets.

A separate team then took a selection of records and spot-checked them to ensure that data had been entered consistently and to look for systemic flaws in the data entry. No widespread problems were found; any small errors that were identified were fixed.

To understand how tickets are handled after they’re issued, reporters attended more than 50 hearings across Illinois, observing hundreds of cases. They spoke with dozens of families affected by the process; with school, police and municipal officials; with attorneys and hearing officers; and with juvenile advocates. Reporters consulted with families about how to identify young people in the story and, as a result, did not include full names in most cases.

This story is a collaboration between the Tribune and ProPublica. Smith Richards is a Tribune reporter. Cohen is a Chicago-based reporter for ProPublica.