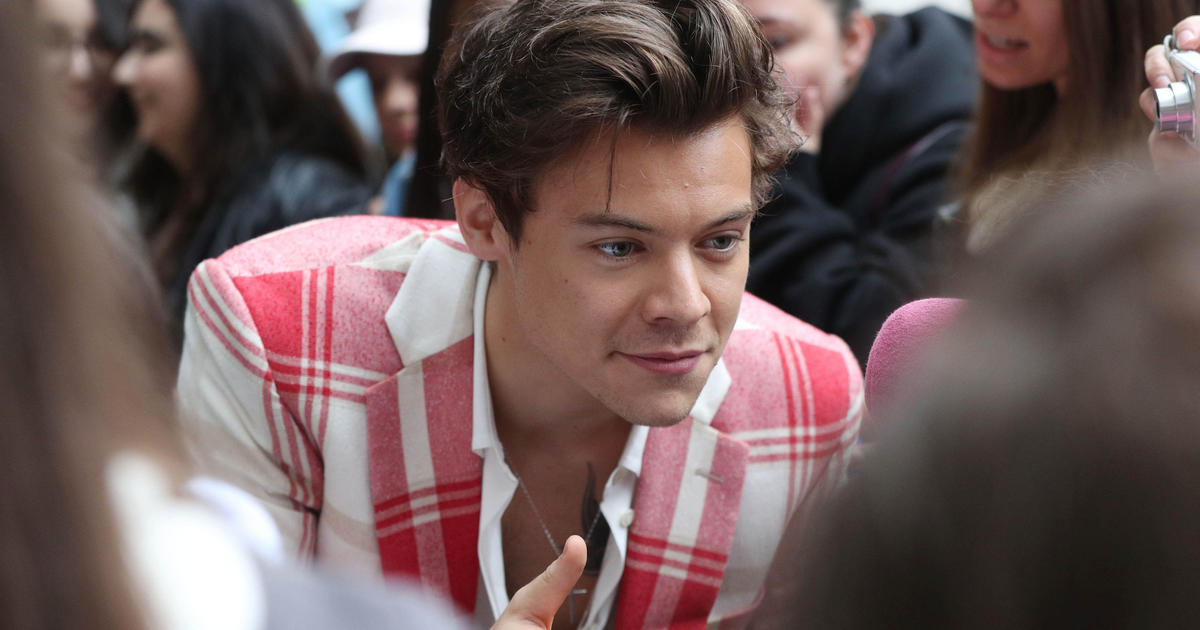 Hundreds of peopled lined the streets of West Hollywood Friday afternoon as they awaited entry into “Harry’s House” a pop-up shop dedicated to merchandise from well-known musician Harry Styles.

The pop-up shop’s opening coincides with the former One Direction star’s most recent album release of the same name.

Sky2 over the scene of the shop on La Cienega Boulevard showed fans in a line reaching back several blocks.

Fans, who detailed waiting in the hours-long line, were able to purchase merchandise ranging from hats, t-shirts and sweatshirts to posters, tote bags, water bottles and vinyl copies of Styles’ albums.

“The line back here is at least four hours long,” said one fan while speaking with CBS reporters.

Despite the wait, the fans were more than happy to spend time surrounded by like-minded individuals who share a mutual love for the pop star and the messages he lives by.

“Following his journey has been so uplifting for me,” said Kristell Sanchez, one of the many Styles super-fans.

“I just love that what he stands for – treat people with kindness – especially with everything going on,” explained Donna Chavez. “I think it’s very important for somebody to advocate that.”

Another fan showed off her new collection of Styles merchandise, including posters and a vinyl amongst other things, which altogether ended up being worth around $600.

Styles recently performed in Los Angeles as part of his worldwide “Love On Tour,” which is expected to continue until March of 2023. He will return to The Forum in Inglewood for 10 performances beginning on Halloween 2022.