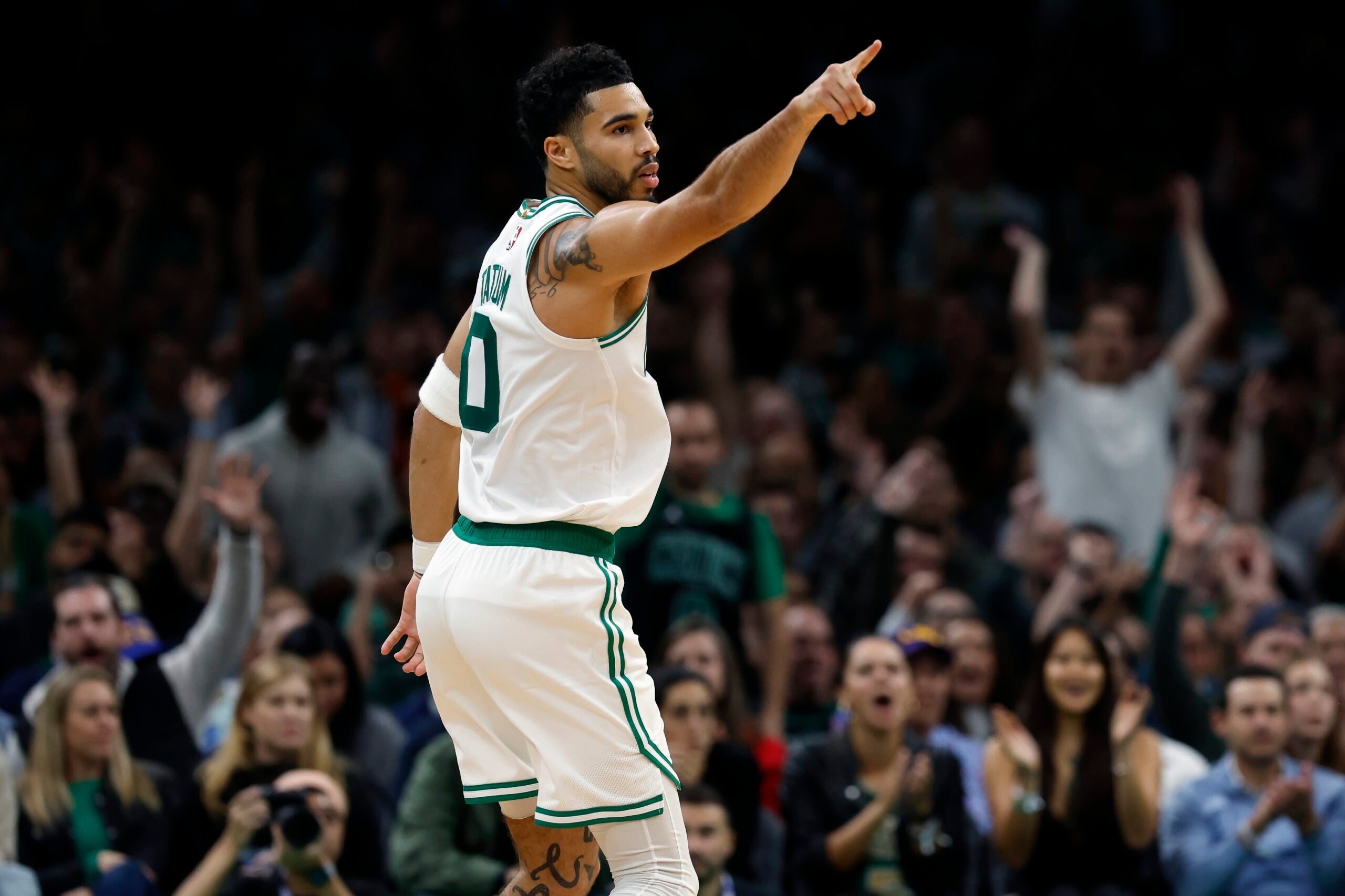 The Celtics have hit the ground running with the second-best record in basketball through 13 games, and Jayson Tatum is third in the league in scoring (32.3 points per game).

So far, he’s played himself into the MVP discussion. It’s a conversation he’s convinced he belongs in.

“I mean, I think I am [worthy of the MVP discussion],” Tatum said during an interview with Yahoo Sports’ Vincent Goodwill. “It’s a long season. Every time I step on the floor, I feel like I’m the best player. But it’s a lot of talented guys in this league.”

Philadelphia’s Joel Embiid, who notched a 59-point, 11-rebound double-double Sunday night, will likely be right up there with Tatum. Milwaukee’s Giannis Antetokoumpo and Dallas’ Luka Doncic will make their cases heard as well.

So will Golden State’s Stephen Curry, whose win over the Celtics in the NBA Finals in June might have helped Tatum get off to a hot start this season.

“I say it all the time, getting to the Finals and losing really, you know, [expletive] up my whole summer,” Tatum said. “It was like, how hard you work to get to that point individually and as a team. And to not get over that hump, it was tough.”

“I think he put in a lot of time to become a better player, investing in other areas,” Mazzulla told Goodwill. “And so he made a conscious effort to really kind of stay on the defense and figure out how the defense is guarding, how we can take advantage of those situations. That’s number one. And I think number two is, the guys around them. They all want to make each other better.”

Tatum said the key is for him to stay healthy and for the team to keep playing good basketball.

After losing in the Finals messed up his summer, Tatum looks like he has the motivation and the skills to put himself on the shortlist of MVP candidates.

The chase for his first NBA championship continues.