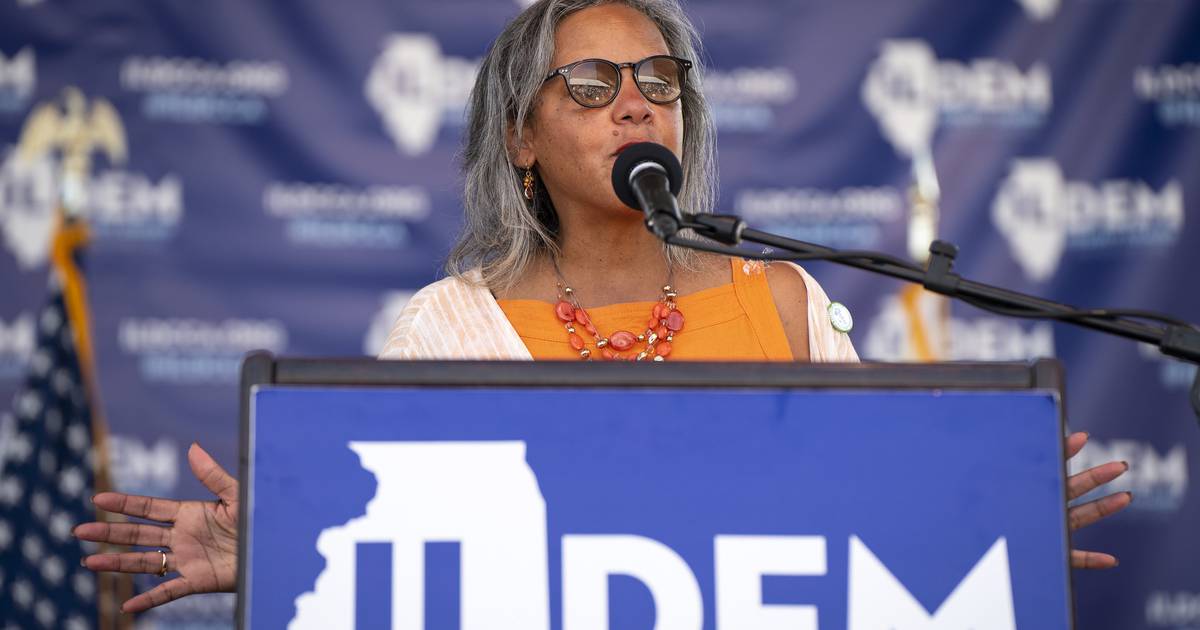 Illinois’ Democratic Party said Friday it will submit an application with the Democratic National Committee to become one of the first five states to hold a presidential primary election in 2024.

“Democrats have to compete and win in the Midwest to win nationally. Illinois represents a true test of what presidential candidates will face across the nation and as an early primary state, Illinois can help strengthen the Democratic Party’s presidential candidates in the primary and the general elections,” said state Democratic Chair Robin Kelly in a letter to DNC Chair Jaime Harrison.

Illinois joins more than a dozen states, including several in the Midwest, in seeking an early spot in the Democratic Party’s new presidential nominating calendar — one in which caucuses have been ruled out, ending Iowa’s traditional first-in-the-nation status unless it reforms a selection procedure that has become muddled in recent contests.

Democratic Party officials nationally are seeking to retune their traditional calendar to find states with greater ethnic, racial and geographical diversity to select the 2024 nominee, be it first-term President Joe Biden or another candidate if he chooses not to seek reelection.

New Hampshire’s first-in-the-nation primary, which traditionally followed the Iowa caucuses, appears likely to keep an early date in the new Democratic calendar, as do South Carolina and Nevada.

But all early dates are open and the DNC has said a number of states across the country have expressed interest in having an early influence on the primary season.

In her letter, Kelly said Illinois’ diversity makes it a competitive state for Democrats, noting Hillary Clinton defeated Sen. Bernie Sanders in the 2016 primary by 2 percentage points, as well as a state the party shouldn’t assume will remain automatically blue.

“And while Illinois Democrats hold majorities today, the state has been competitive in statewide elections throughout the last decade,” she wrote. “With a growing population of Republican voters downstate and a partisan battle still present in the Chicago suburbs, Democrats take Illinois for granted at their own peril.”

Democrats, who control the legislature and the governor’s office, have the sole power to move Illinois’ primary date, as they did for this year when the traditional March date was pushed to June 28 due to delays in federal census results the party used to draw new redistricting maps. In 2008, Democrats moved the primary date up to Feb. 5 to help advance home-state Barack Obama’s presidential candidacy.

But there are factors that compel the state to conform to the national party’s primary schedule. The move by Illinois Democrats to push for an early date, coupled with their intent to bid on the 2024 presidential convention for Chicago, represent a desire by the organization’s new leadership to play a more aggressive role in national party politics.

That was not a priority for the state party’s former chairman, former Illinois House Speaker Michael Madigan, who has been indicted in a federal corruption scandal involving Commonwealth Edison. Madigan has pleaded not guilty.

While the DNC, for regional purposes, may seek an early Midwest state for its calendar, Illinois has some factors that play against it — and not just the winter weather.

The DNC would prefer an early primary in potential presidential swing states, such as Minnesota and Michigan. In addition, Illinois, with expensive media markets in Chicago and St. Louis, as well as multiple downstate TV markets, could prove to be too costly for emerging presidential campaigns.

Letters of interest were required by the DNC on Friday, with a more formal application to follow next month. The DNC is expected to decide on its early 2024 calendar in early August.

The Republican National Committee has already decided to keep the current lineup of states for 2024: Iowa, New Hampshire, South Carolina and Nevada.