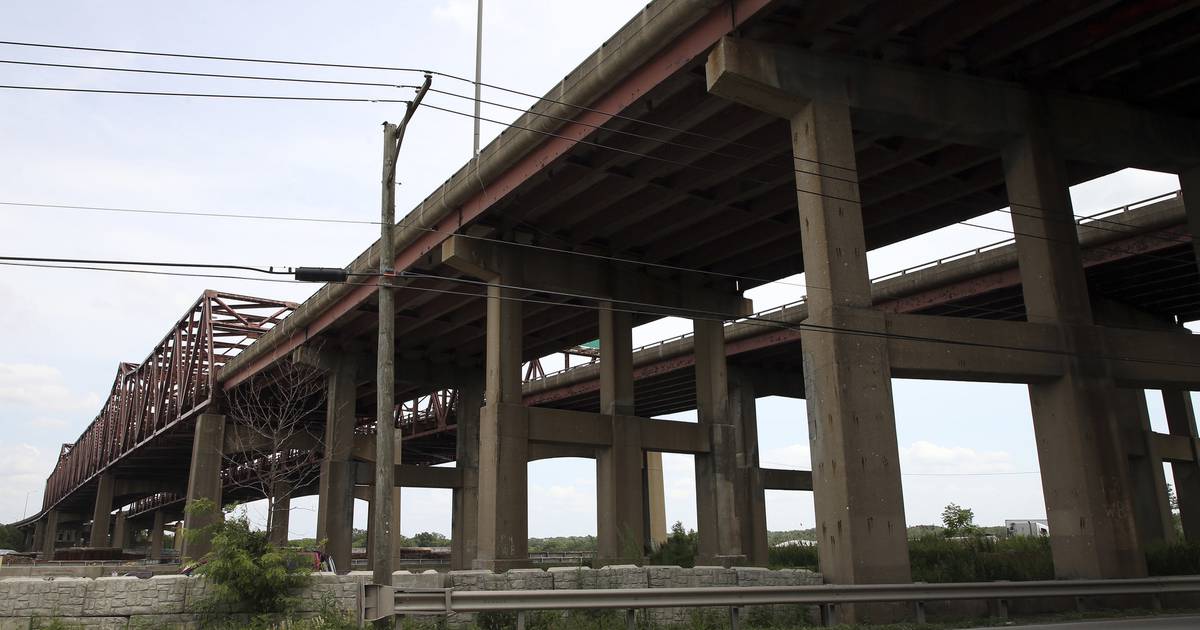 The number of Illinois bridges in poor condition has increased over the last four years and a quarter of the state’s water lines are tainted by lead, according to the latest infrastructure report card from the Illinois Section of the American Society of Civil Engineers.

But despite the state’s third consecutive below-average overall grade of C-minus in the quadrennial report, massive investments from the state and federal governments led the authors to conclude that “fortunately, the future is bright.”

“This report card demonstrates how proper and consistent funding can produce more jobs, safer communities and put more money back in taxpayers’ wallets,” said Andrew Walton, president of engineering group’s Illinois section, in a news conference at Union Station. “These investments will also help Illinois capitalize on our geographical advantage, which in turn will create and promote growth for our state’s economy and citizens.”

The engineering group completes similar report cards for 36 states, and Illinois was one of 15 to get an overall grade of C-minus, with six other states getting a D-plus or worse.

Across 11 infrastructure categories, the state maintained or improved its ranking in all but one category, its drinking water score, which fell to a poor rating.

The report introduced a grade for stormwater infrastructure for the first time, assigning Illinois a poor grade because of its aging and undersized system.

Already in the works is a $1.2 billion reconstruction of bridges and roads in a 12- or 13-mile stretch of Interstate 80, from a couple miles west of the Interstate 55 interchange, all the way to the Des Plaines River, said Illinois Transportation Secretary Omer Osman. A project like that will increase the standards of several bridges and roads, extending their life expectancies by “hundreds of years,” Osman said.

“Progress does not happen overnight,” Osman said. “We are on our way, not only to keep improving infrastructure, but also to invest public resources where they do the most good.”

The number of state-maintained highways in excellent condition rose 5.2% in 2020 compared to the previous year, but 18.6% of highways were rated poor, according to the report. Also, congestion around the Chicago area still makes trips about one-third longer during peak travel times.

The state’s water infrastructure remains one of the biggest problems. More than 1 million of the state’s 4 million drinking water service lines have been flagged for containing levels of lead or lead solder, according to the report, one of the largest shares of lead service pipelines in the nation.

“We have a lead problem, a lead service pipe problem,” said Patrick Lach, lead author of the report. “That is a major safety issue that we are concerned about with our citizens who have those service lines.”

A federal investment of $288 million this year, solely to improve Illinois’ water infrastructure, should help propel the state’s replacement of lead service lines, the report said. That must be coupled with workforce development, especially for water treatment operators, it said.

Rebuild Illinois, from 2019, invests $25.3 billion over six years into upgrading the state’s roads and bridges. That includes $561 million for reconstructing the Interstate 190 Kennedy Expressway near O’Hare and $25.4 million to improve the bridge under the Old Post Office.

Illinois is also slated to receive nearly $1.4 billion in federal funding over five years to upgrade its deteriorating bridges. That’s only a portion of the expected total of more than $17 billion the state can expect for infrastructure improvements..

The earmarked investments ensure money will continue flowing into the state’s infrastructure for the next several years, but experts urged officials to look beyond the current investments to assess how to ensure sustained revenues to maintain roads.

Revenues from fuel taxes are expected to fall, both in the short term with Pritzker’s six-month freeze on the gas tax, as well as in the future as the auto industry is shifting toward electric vehicles, according to the report.

Despite the stagnant overall grade, state Sen. Don DeWitte, a St. Charles Republican and minority spokesperson on the Senate Transportation Committee, said “the needle is moving up.”

“These investments are showing positive progress in the areas of roads, bridges, air and rail systems in Illinois that not only bring these long-delayed improvements into safer states of good repair, but will maintain these foundational infrastructure investments for further expansion and system upgrades, to maintain Illinois’ status as the transportation hub of the nation,” DeWitte said.