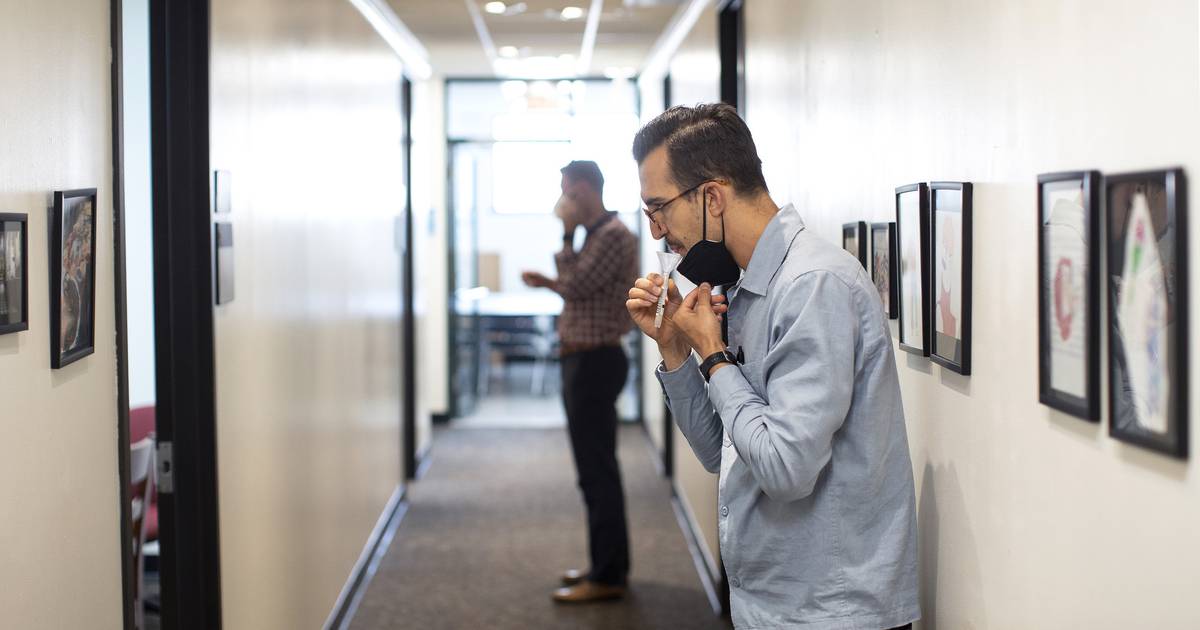 Determined to prevent the spread of COVID-19 at Illinois schools in the fall, officials with the state’s health department on Tuesday urged school districts to resume COVID-19 saliva screenings at the start of the 2022-23 school year.

Officials with the Illinois Department of Public Health said in a Tuesday statement the state has renewed an agreement with SHIELD Illinois “that offers every public school outside of Chicago the opportunity to use the University of Illinois System’s innovative, saliva-based COVID-19 testing platform at no cost for the 2022-23 school year.”

Schools interested in renewing with SHIELD or beginning a partnership should sign up by July 15 in order to guarantee testing on the first day of school, IDPH officials said.

“Schools remain an important place for testing and preventing the spread of infection,” Interim IDPH Director Amaal Tokars said in a statement.

“We want to do everything possible to prevent sickness among our children, which is why this renewal and continued testing is critical,” Tokars said.

SHIELD Illinois provided testing for about 1 million students and staff in K-12 schools during the 2021-22 school year; 57 community colleges and universities; businesses, including Rivian and ADM; and government agencies, including the Illinois General Assembly and the U.S. District Court for the Northern District of Illinois, IDPH officials said. The organization also set up 48 free community testing sites.

Officials said so far in 2022, SHIELD Illinois has supplied results for its PCR tests on average 16 hours from the time of collection.

According to a study published earlier this month in Nature Communications, “mortality in the surrounding Champaign County was reduced more than four-fold relative to what would have been predicted in Fall 2020 thanks to aggressive testing on the University of Illinois Urbana-Champaign campus,” IDPH officials said.

“We are honored to renew our partnership with the state for another school year as this pandemic continues to demonstrate a high level of unpredictability and an ongoing need for quick, reliable testing,” University of Illinois System President Timothy Killeen said in a statement.

Testing in Illinois is paid for with federal funds from the CARES Act, American Rescue Plan and Operation Expanded Testing, IDPH officials said.

A separate testing agreement with the Chicago Department of Public Health covers testing in non-CPS schools in Chicago, including private, parochial and charter schools, IDPH officials said. CPS has its own testing program.

Organizations in Illinois that are interested in using the SHIELD saliva test can visit go.uillinois.edu/startSHIELD.