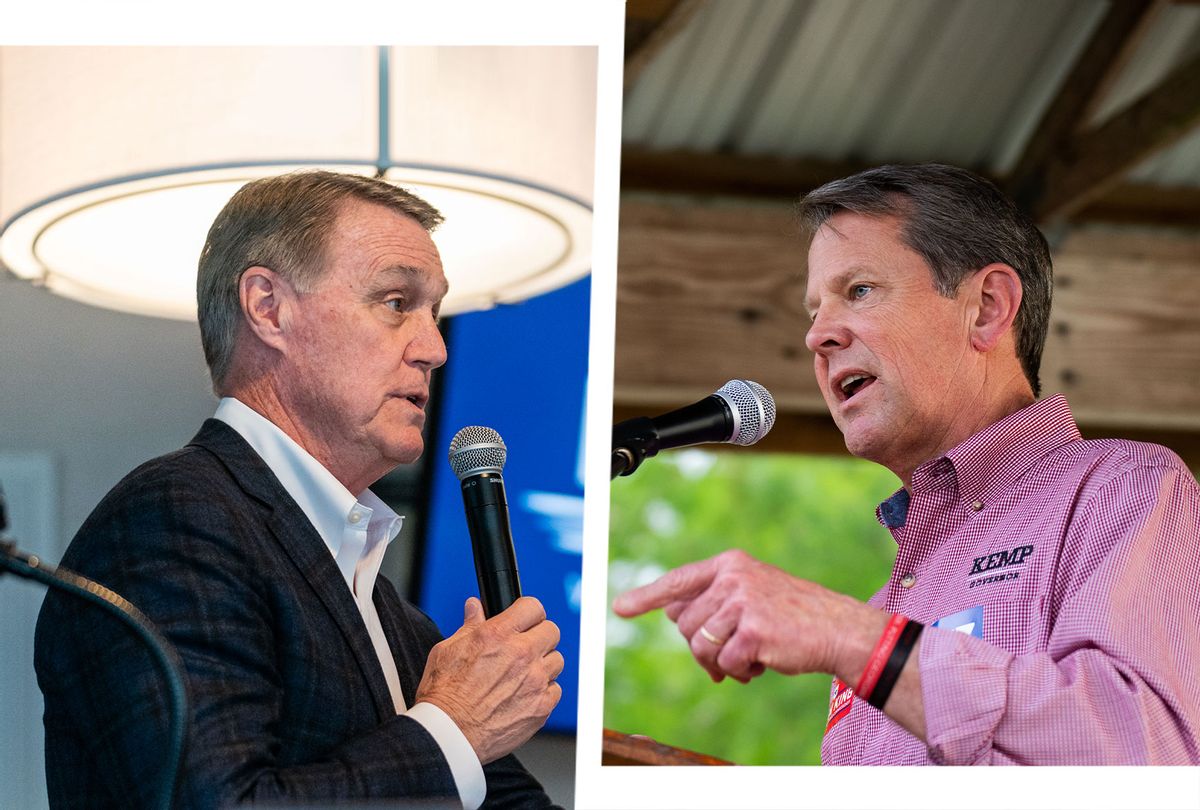 “Georgia voters deserve to know where their governor stands on this issue,” Mr. Perdue said during a press on Thursday, according to The New York Times. “You are either going to fight for the sanctity of life or you’re not.”

Georgia already has a “heartbeat” abortion ban on its books. Back in 2019, the state banned abortions after fetuses show cardiac activity, which generally occurs between three to six weeks into pregnancy. That law would become federally enforceable if the Supreme Court reverses Roe v. Wade – a decision the court appears to have already made informally, according to a leaked draft majority opinion released by Politico.

Last week, Perdue reportedly called the Peach State’s abortion statutes “pretty good,” though he stressed the need for a total ban. It remains unclear whether Kemp would be in support of a total prohibition on abortion, considering he rubber-stamped the state’s six-week ban.

On Tuesday, the governor reiterated that he “led the fight to pass the strongest pro-life bill in the country and championed the law throughout a lengthy legal process.”

“We look forward to the Court issuing its final ruling,” the governor added in a tweet.

Although Georgia Republicans are for generally in lockstep on abortion, an Atlanta Journal-Constitution poll conducted in January found that 68% of the state’s voters believe that Roe v. Wade should be upheld.

Polls also show that the Georgia gubernatorial election is currently Kemp’s to lose, despite Perdue’s efforts to cast doubt on the governor’s allegiance to conservative values. According to InsiderAdvantage, Kemp has support from 54% of voters, while Perdue only has 38%.

Cole Muzio, the president of the Frontline Policy Council, an anti-abortion group, told the Times that reversing Roe v. Wade is likely to improve the governor’s election prospects in both the primary and general.

“I’m very comfortable and very excited about the idea of life being on the ballot,” he told the outlet. “We welcome that election.”

In the general election, Kemp is likely to face opposition from voting rights advocate and former Georgia state Rep. Stacey Abrams, who this week expressed outrage over the Supreme Court’s leaked draft opinion.

“As a woman, I am enraged by the continued assault on our right to control our bodies + our futures,” she tweeted. “As an American, I am appalled by the SCOTUS breach & its implications. As the next Governor of Georgia, I will defend the right to an abortion and fight for reproductive justice.”

RELATED: Life after Roe: Republicans are already targeting the right to a public education