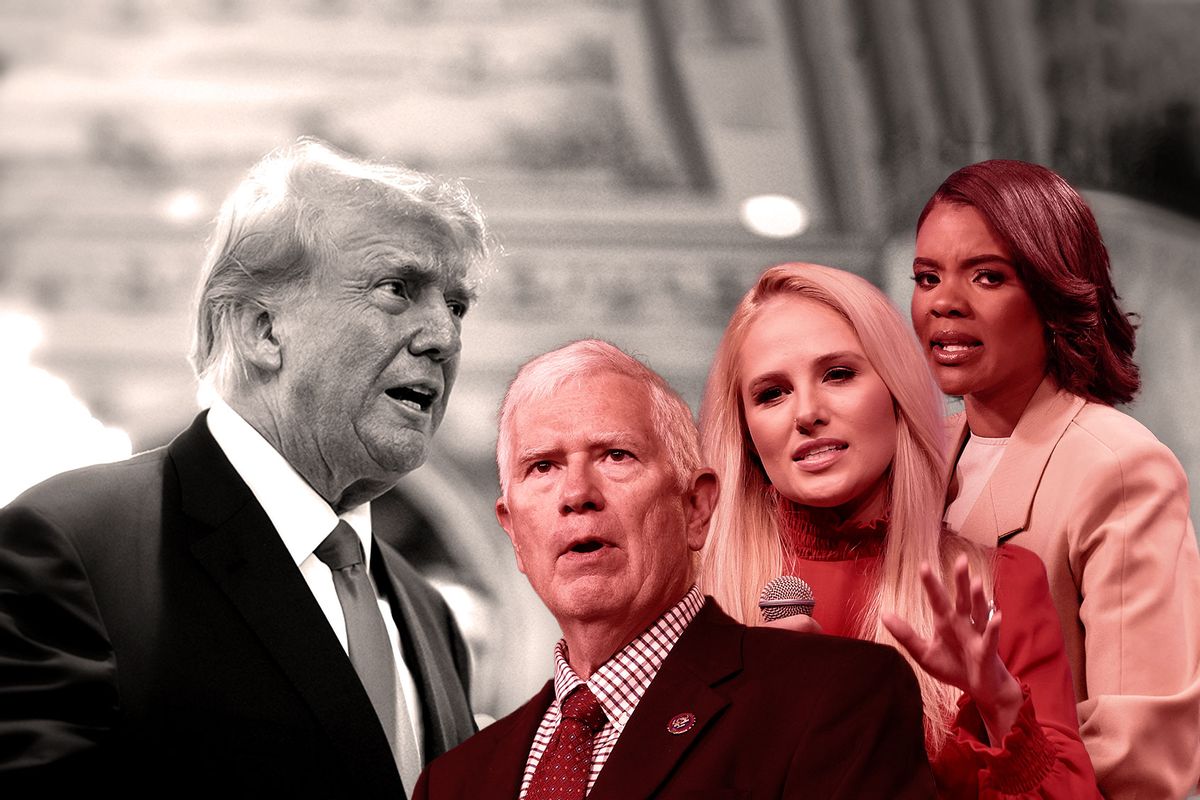 A growing number of Trump allies are trashing him publicly and blaming him for Republicans underperforming in the midterm elections.

Conservative commentator Candace Owens, a staunch supporter of the former president, went as far as sharing a personal story that made her question his character.

Owens, who once referred to Trump as “the savior” of the free world, said on her Daily Wire show that she questioned what type of person he is for the “first time” after he was rude to her, according to Business Insider.

Owens recalled the time she defended Trump after he did an interview in which he backed COVID-19 vaccines. In an Instagram video, she said that Trump comes from a generation before people were “able to conduct independent research” and for that reason was easily convinced to support vaccines.

The Daily Beast ran a story headlined “Candace Owens: Trump Is Pro-Vax Because He’s ‘Too Old’ to Understand the Internet.” This angered Trump so much so that he was rude to Owens the next time he saw her in person, she said.

She added that unlike previous elections where Trump had an energy that “was electric”, he has now become paranoid and remains in “an angry space” after the 2020 election. She also questioned his vision for 2024 and suggested “It needs to be more than, ‘I’m back.'”

Trump White House press secretary Kayleigh McEnany also weighed in on Trump announcing his 2024 White House bid, saying that he should wait until after next month’s Georgia Senate runoff election to declare his candidacy, according to The Hill.

“I know there’s a temptation to starting talking about 2024 — no, no, no, no, no,” McEnany said on Fox News. She added, “2022 is not over. Every Republican energy needs to go to grinding the Biden agenda to a halt, and that could go straight through the state of Georgia.”

“A lot of Republican voters are feeling that way,” Lahren said. “But then we have to consider a whole new mess is probably coming our way if we have a Trump announcement this week. And we’re going to talk about that later, but if we’re divided now between McConnell and Rick Scott and all the rest of it wait until Donald Trump’s name is back in the running officially.”

She added that Trump has been hinting at a run for “a long time,” but when the official announcement comes, it “will impact Georgia”.

Another former Trump loyalist, Rep. Mo Brooks, R-Ala., said that “It would be a bad mistake for the Republicans to have Donald Trump as their nominee in 2024,” AL.com reported.

Brooks, who spoke at the Jan. 6 rally that led to the attack on the Capitol and was a prominent election denier, said that Trump alienates independents and Republicans because he is “dishonest”, “disloyal”, “incompetent” and “crude.”

“Even a candidate who campaigns from his basement can beat him,” Brooks said.

Trump is expected to announce a 2024 presidential bid as soon as Monday night, but some of his advisors and allies are reportedly urging him to delay his announcement.