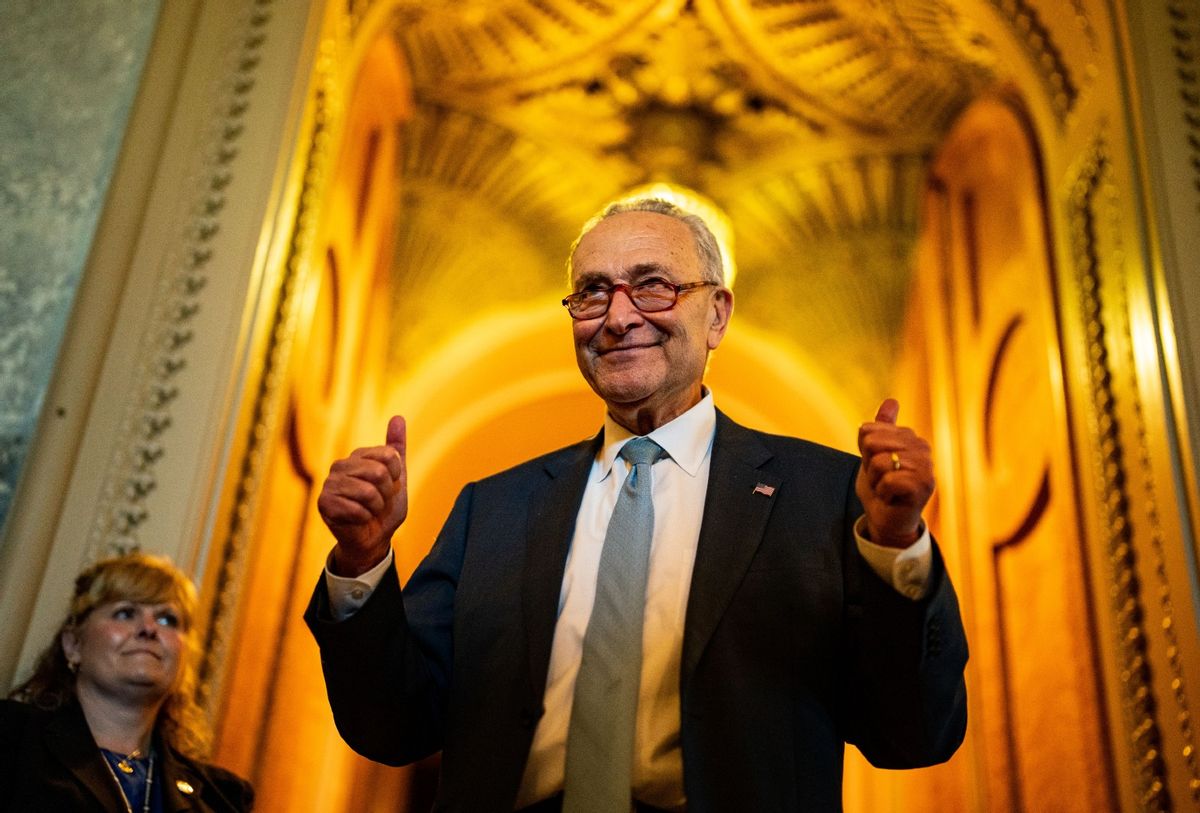 After a marathon voting session that took place over the weekend, the Inflation Reduction Act bill has passed Senate on a 51-50 vote with Vice President Kamala Harris casting her tie-breaking vote. As USA Today highlights in their coverage of the bill’s passing, this bill delivers “a major win for President Joe Biden and his agenda before the midterm elections.”

The bill will not only serve to reduce prescription drug prices, but will also create a 15% minimum tax for corporations making $1 billion or more, bringing in more than $300 billion in revenue. Although the bill did pass, the divide in votes was clear with every Democrat voting in support of it, and every Republican voting against it.

The bill was negotiated in origin by Senate Majority Leader Chuck Schumer and Sen. Joe Manchin, who issued the following statements on Sunday:

“To the tens of millions of young Americans who have spent years marching, rallying, demanding that Congress act on climate change: THIS BILL IS FOR YOU,” says Schumer in a victory lap on Twitter.

“For years, I have worked across the aisle to determine the most effective way to increase domestic energy production, lower energy and healthcare costs, and pay down our national debt without raising costs for working Americans,” says Manchin.

Before President Biden signs the monumental bill into law it must first clear the House, which it’s expected to do as soon as Friday, according to USA Today.

“Today, Senate Democrats voted to lower the cost of Rx drugs, health insurance, and energy — all while reducing the deficit and making the richest corporations pay their fair share,” Biden said in a statement on Sunday. “I ran to make government work for working families again. That’s what this bill does — period.”

“My father used to say that a job was about a lot more than a paycheck. It was about your dignity, your respect, your place in the community,” Biden furthers in his statement on the bill. “It was about being able to look your child in the eye and say it was going to be okay. That’s the economy I’m determined to build.”