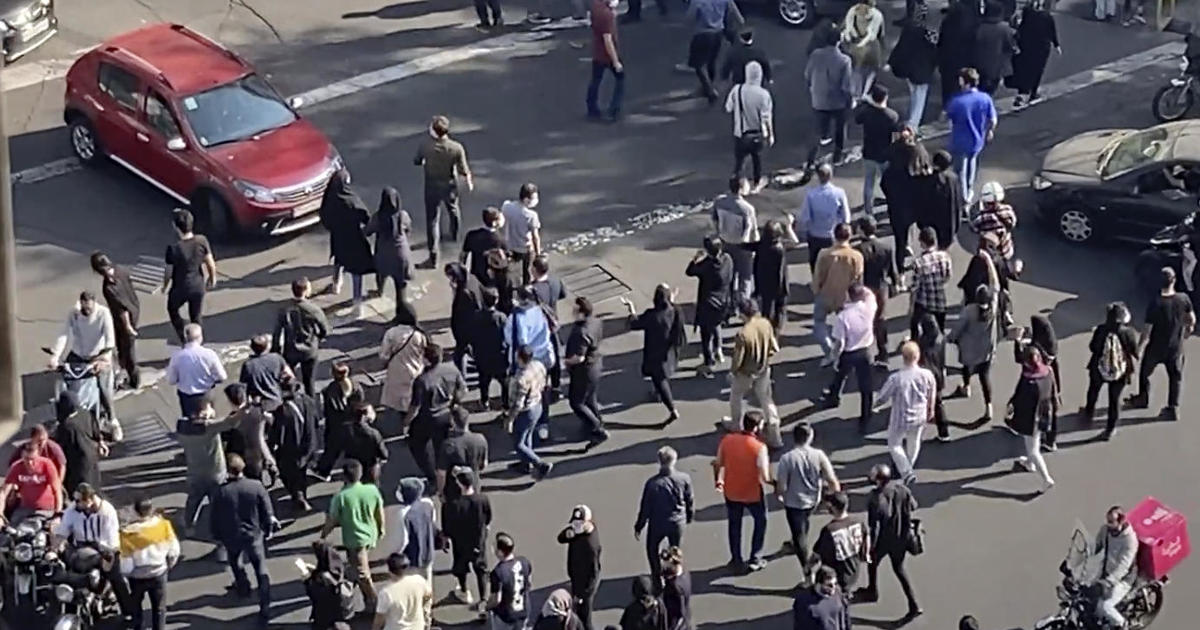 The public hanging of Majidreza Rahnavard, less than a month after he allegedly carried out the fatal stabbings of two security officials, shows the speed at which Iran now carries out death sentences handed down for those detained in the demonstrations the government hopes to put down.

Activists warn that at least a dozen people already have been sentenced to death in closed-door hearings. At least 488 people have been killed since the demonstrations began in mid-September, according to Human Rights Activists in Iran, a group that’s been monitoring the protests. Another 18,200 people have been detained by authorities.

Footage aired on state TV showed a man chasing another around a street corner, then standing over him and stabbing him after he fell against a parked motorbike. Another showed the same man stabbing another immediately after. The assailant, which state TV alleged was Rahnavard, then fled.

The Mizan report identified the dead as “student” Basij, paramilitary volunteers under Iran’s Revolutionary Guard. The Basij have deployed in major cities, attacking and detaining protesters, who in many cases have fought back.

A heavily edited state television report aired after Rahnavard’s execution showed clips of him in the courtroom. In the video, he says he came to hate the Basijis after seeing video clips on social media of the forces beating and killing protesters.

The Mizan report offered no motive for Rahnavard’s alleged attack. The report said Rahnavard was trying to flee to a foreign country when he was arrested.

Mashhad, a Shiite holy city, is located some 460 miles east of the Iranian capital, Tehran. Activists say it has seen strikes, shops closed and demonstrations amid the unrest that began over the Sept. 16 death in custody of Mahsa Amini, a 22-year-old woman who had been detained by Iran’s morality police for allegedly breaching the country’s strict hijab dress code for women.

The nationwide protests have expanded into one of the most serious challenges to Iran’s theocracy since its 1979 Islamic Revolution.

Mizan said Rahnavard was convicted in Mashhad’s Revolutionary Court. The tribunals have been internationally criticized for not allowing those on trial to pick their own lawyers or even see the evidence against them.

Rahnavard had been convicted on the charge of “moharebeh,” a Farsi word meaning “waging war against God.” That charge has been levied against others in the decades since the revolution and carries the death penalty.

Iran is one of the world’s top executioners and typically executes prisoners by hanging. It executed the first prisoner detained during demonstrations last Thursday.

Afterwards, Mahmood Amiry-Moghaddam, director of the Oslo-based activist group Iran Human Rights wrote that the “execution of #MohsenShekari must be me with STRONG reactions otherwise we will be facing daily executions of protesters. This execution must have rapid practical consequences internationally.”

Amnesty International has said it obtained a document signed by a senior Iranian police commander asking that the execution for one prisoner be “completed ‘in the shortest possible time’ and that his death sentence be carried out in public as ‘a heart-warming gesture towards the security forces.'”

Amnesty says “Iranian authorities use the death penalty as a tool of political repression to instill fear among the public and end the popular uprising.”

Amid the unrest, Iran is also battered by an economic crisis that has seen the national currency, the rial, drop to new lows against the U.S. dollar.

Iran: Crisis In The Middle East