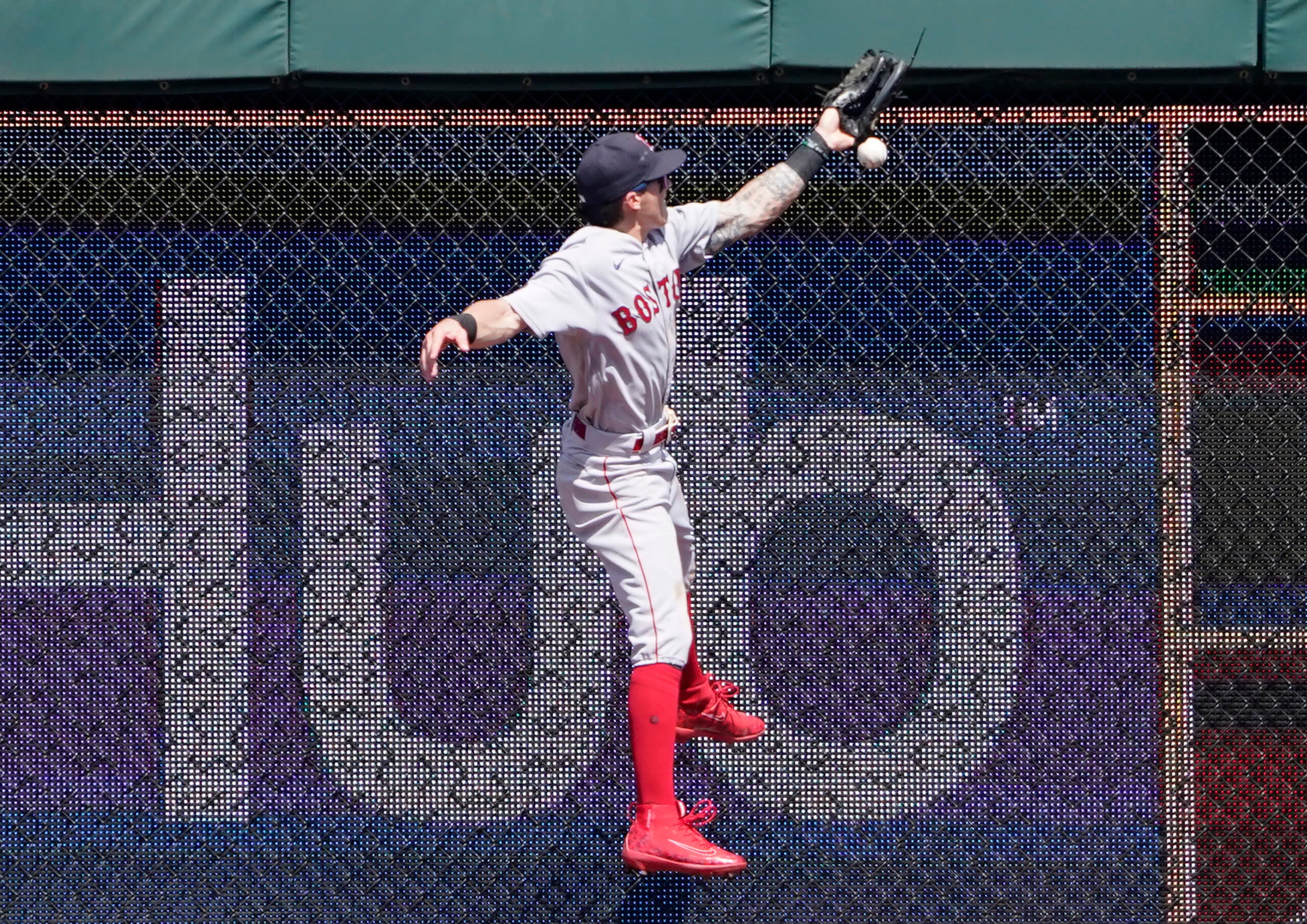 The Red Sox lost to the Royals 13-5 on Sunday. Boston now trails Baltimore by three games, remaining in last place in the American League East.

The Patriots make the team’s preseason debut this week with a game against the Giants at Gillette Stadium on Thursday at 7 p.m.

It began with Royals right fielder Nate Eaton hitting a pop-up to center field. Duran lost track of it, and the ball fell to his left, allowing Eaton to reach on a triple.

Kyle Isbel, batting next for Kansas City, sent a deep drive to the centerfield wall. Duran, though he initially appeared to have made a nice play for the catch, couldn’t hang on (and the ball dropped from his glove). It was another Royals triple.

And though Duran eventually made a nice diving play for the next out, it couldn’t prevent Isbel from scoring. Added to the situation was that Duran began shouting back and forth with Royals fans behind him in the outfield bleachers.

Duran’s struggles come at a difficult time for the Red Sox. The team continues to fall further behind in the increasingly distant playoff chase, and Boston only recently released former Gold Glove-winning outfielder Jackie Bradley Jr.

For Duran, 25, outfield continues to be a work in progress. Prior to joining the Red Sox, he was a second baseman.

“I’m just learning my craft, working each day coming here and busting my butt and doing what I can do,” Duran said of his current position. “I have teammates helping me and keeping me positive.”

He didn’t shy away when asked about his mistakes.

“I tried my best to put my hand up. I had my [sun]glasses on,” he explained. “Tried to get the angle. But it was right in the middle of the sun.”

Last month, Duran losing a ball in the sun led to a rare inside-the-park grand slam.

Boston manager Alex Cora, despite Duran’s struggles both in the field and at the plate — where he’s hitting just .140 in his last 24 games, put his support behind his outfielder.

“He’s our center fielder,” Cora told reporters. “We trust him. This is a kid that is part of what we’re trying to accomplish. We’re going to keep rolling with him.”

Trivia: Since 2000, three Red Sox infielders have led the American League in errors over the course of a season. Can you name them?

(Answer at the bottom.)

On this day: In 1992, the “Dream Team” U.S. men’s basketball team won the gold medal at the Barcelona Summer Olympics. It remains arguably the greatest collection of talent in basketball history.

Daily highlight: Brainer Bonaci made a fantastic play for the Salem Red Sox on Sunday.