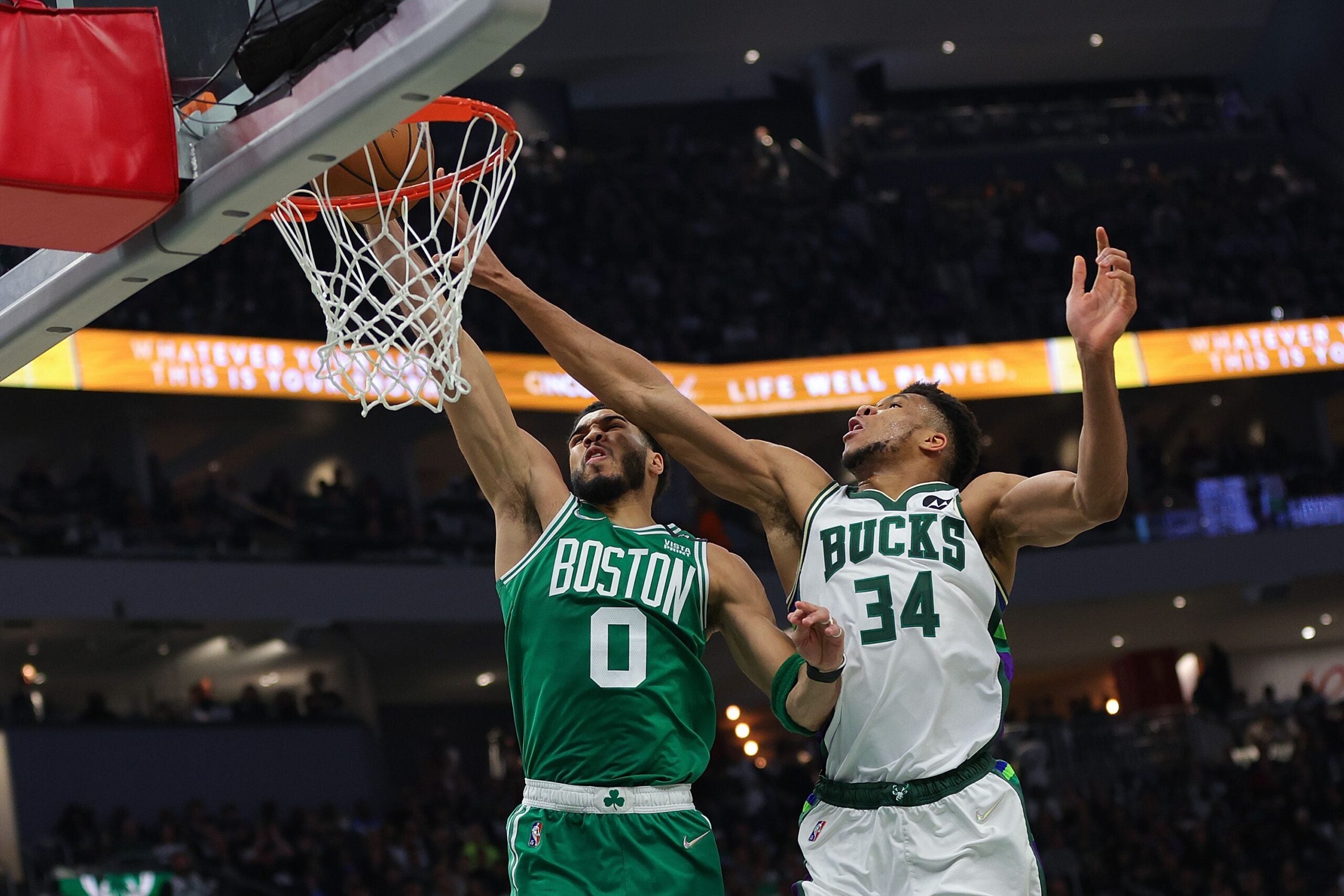 Jayson Tatum and the Celtics’ offense were stagnant through much of the first half of Game 3 against the Bucks.

They might have gotten the spark they needed though from their star. Roughly four minutes into the second quarter, Celtics guard Derrick White deflected an entry pass from Bucks guard Jrue Holiday. Celtics forward Grant Williams gathered the deflection and sent an outlet pass to Tatum, who appeared to have a clear lane to the basket.

However, Bucks star Giannis Antetokounmpo nearly caught up to Tatum at the rim. Antetokounmpo’s effort to get a block fell short though, as he ended up fouling Tatum, who dunked the ball home.

The highlight play quickly turned into Celtics fans holding their breath. Tatum lost his balance when he came down from the dunk, stumbling into the stanchion under the rim and landing on his left wrist. Tatum laid on the floor for a few moments while he grabbed his wrist before walking off. Meanwhile, the refs had a quick review to see if Antetokounmpo committed a flagrant foul on the play. They determined that he didn’t.

Tatum completed the and-one at the free-throw line to give Boston a 30-28 lead, its first lead since Milwaukee went up by six.