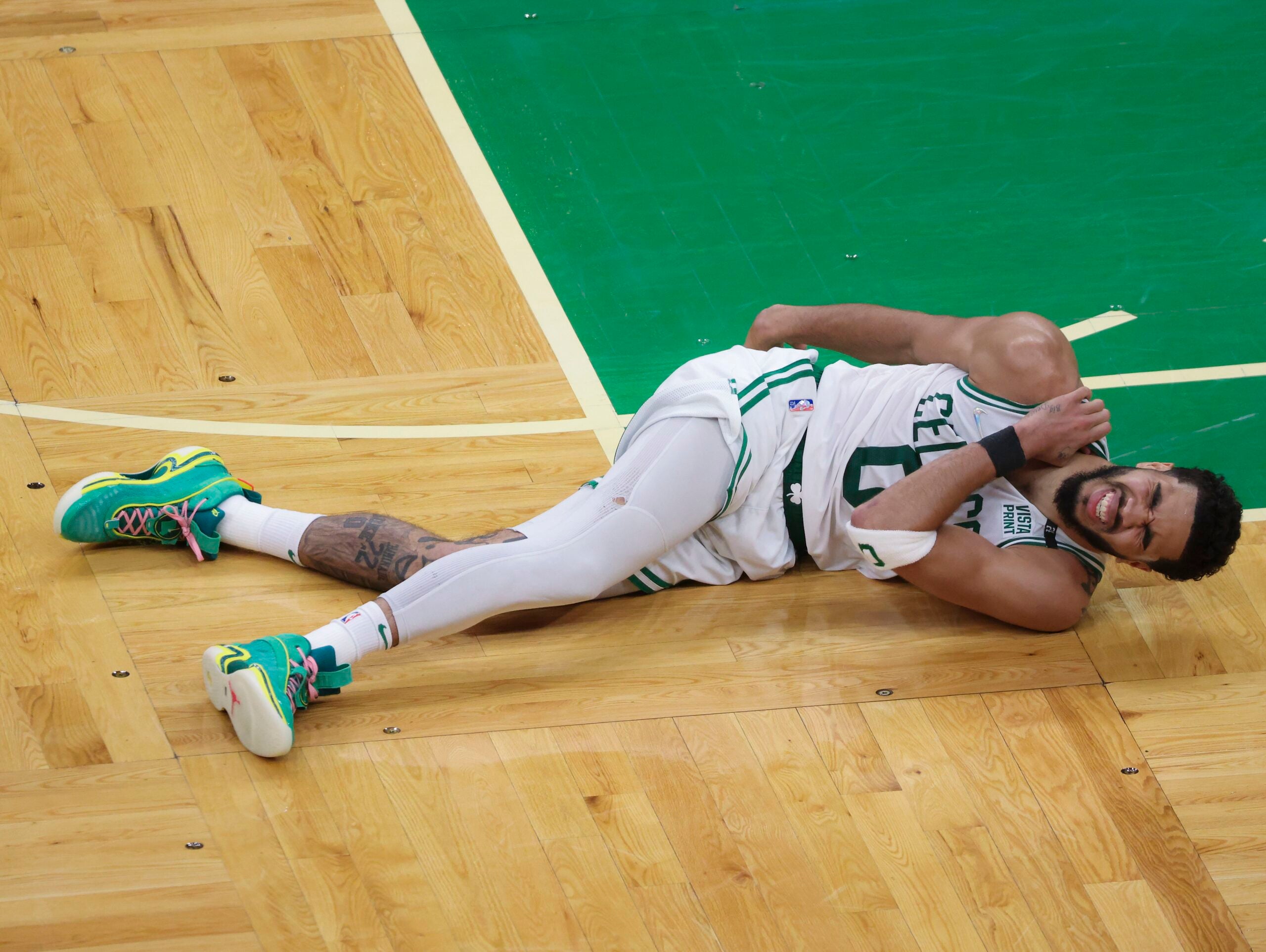 The injuries kept mounting up in Celtics’ Game 3 loss to the Heat.

Celtics star Jayson Tatum was the third player to suffer an injury during the game. Tatum hurt his right shoulder in the fourth quarter when Heat guard Victor Oladipo stripped the ball away from him. Tatum reached to try and get the ball back, but suffered an injury there, prohibiting him from doing so. Tatum remained on the ground as play continued. Jaylen Brown got a block on the defensive end and completed a 3-point play after getting fouled on a shot. The foul allowed Tatum to leave the game.

However, just like Marcus Smart in the third quarter, Tatum returned to the game not long after, missing just 1:28 of the game.

As Tatum was able to return to the game, Celtics coach Ime Udoka shared that the injury was just a stinger and is not considered serious.

“My neck got caught in a weird position,” Tatum said of his injury. “Obviously, I went down. I felt some pain and discomfort in my neck and down my arm. Went and got it checked on. I started to gain some feeling back, got it checked by the doctors, and decided to give it a go.”

Boston started to cut into Miami’s lead shortly after Tatum returned, with Brown nailing a 3-pointer to bring the Celtics within a point of the Heat’s lead with 2:40 left. Unlike Smart though, Tatum didn’t have a dramatic make after re-entering the game. Miami held Boston’s star in check as Tatum didn’t even attempt a shot after returning to the game and committed a turnover when the Celtics were down, 98-92, with 1:09 left.

Tatum struggled for the entirety of Game 3, scoring just 10 points on 3-of-14 shooting with six turnovers in the loss.

In addition to Tatum and Smart’s injuries, Heat star Jimmy Butler got hurt in Game 3, too. He left the game at halftime and didn’t return due to right knee inflammation.