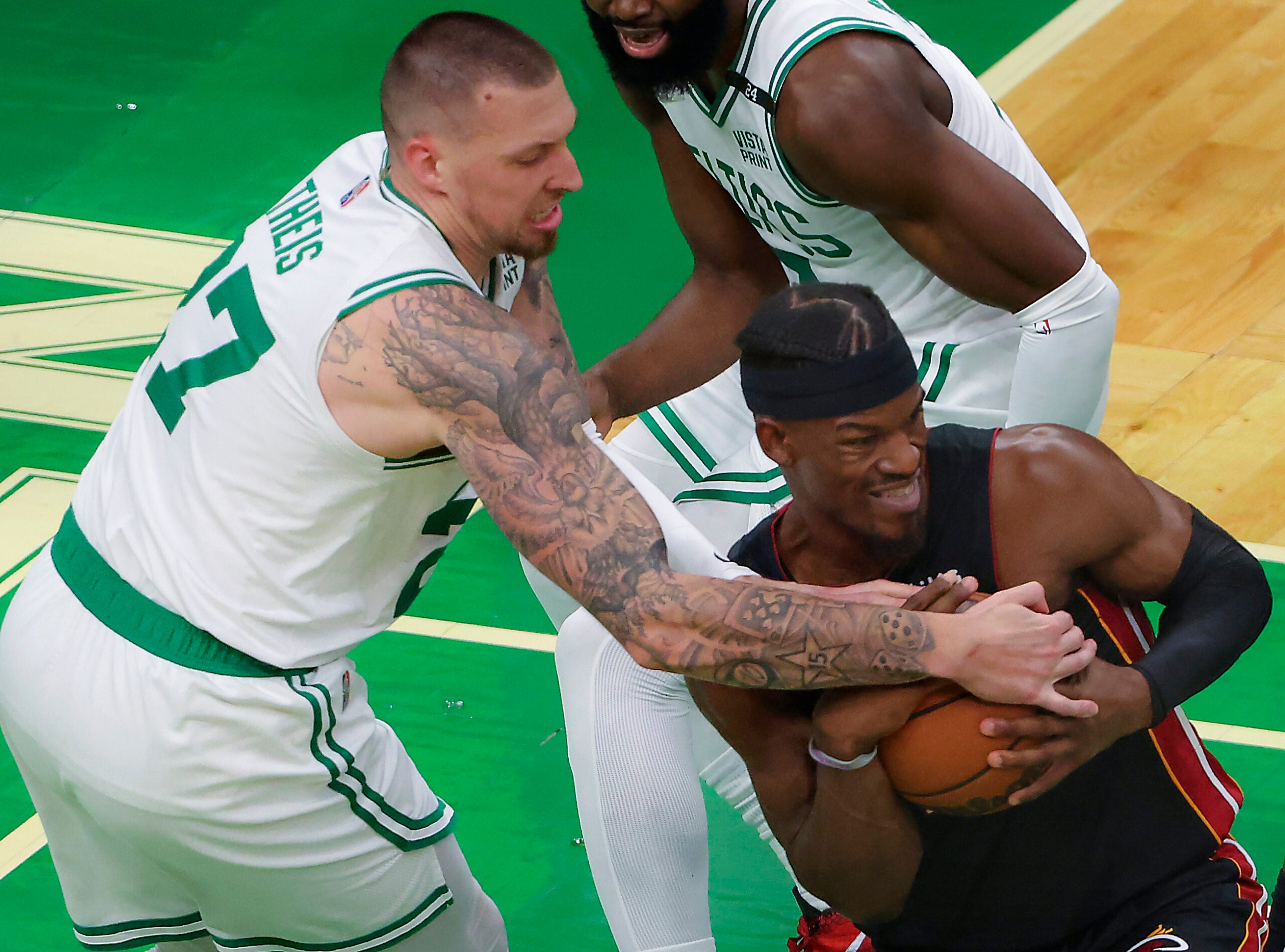 Heat star Jimmy Butler was one of three players to suffer injuries in Miami’s Game 3 win over Boston in the Eastern Conference Finals. His injury was also the only considered serious enough to force him to sit out the rest of Saturday’s game.

Butler and the Heat got off to a great start in Game 3. They took a 39-18 lead at the end of the first quarter and led by as much as 26 points in the first half. However, the Celtics went on a 10-0 run going into halftime and Butler didn’t return following the break.

With Butler out, the Celtics started to slowly chip into the Heat’s lead. Boston pulled within one point with less than three minutes to go, but Miami was able to pull away without its leading scorer, winning 109-103.

It’s unclear when Butler suffered his injury in Saturday’s game or if it was a prior issue entering Game 3. Heat coach Erik Spoelstra didn’t provide an update on Butler’s status following the game.

Butler had high-scoring outputs in the first two games of the series, scoring 41 and 29 points in Games 1 and 2, respectively. But he wasn’t as dominant of a scorer in Game 3, scoring eight points on 3-of-8 shooting.