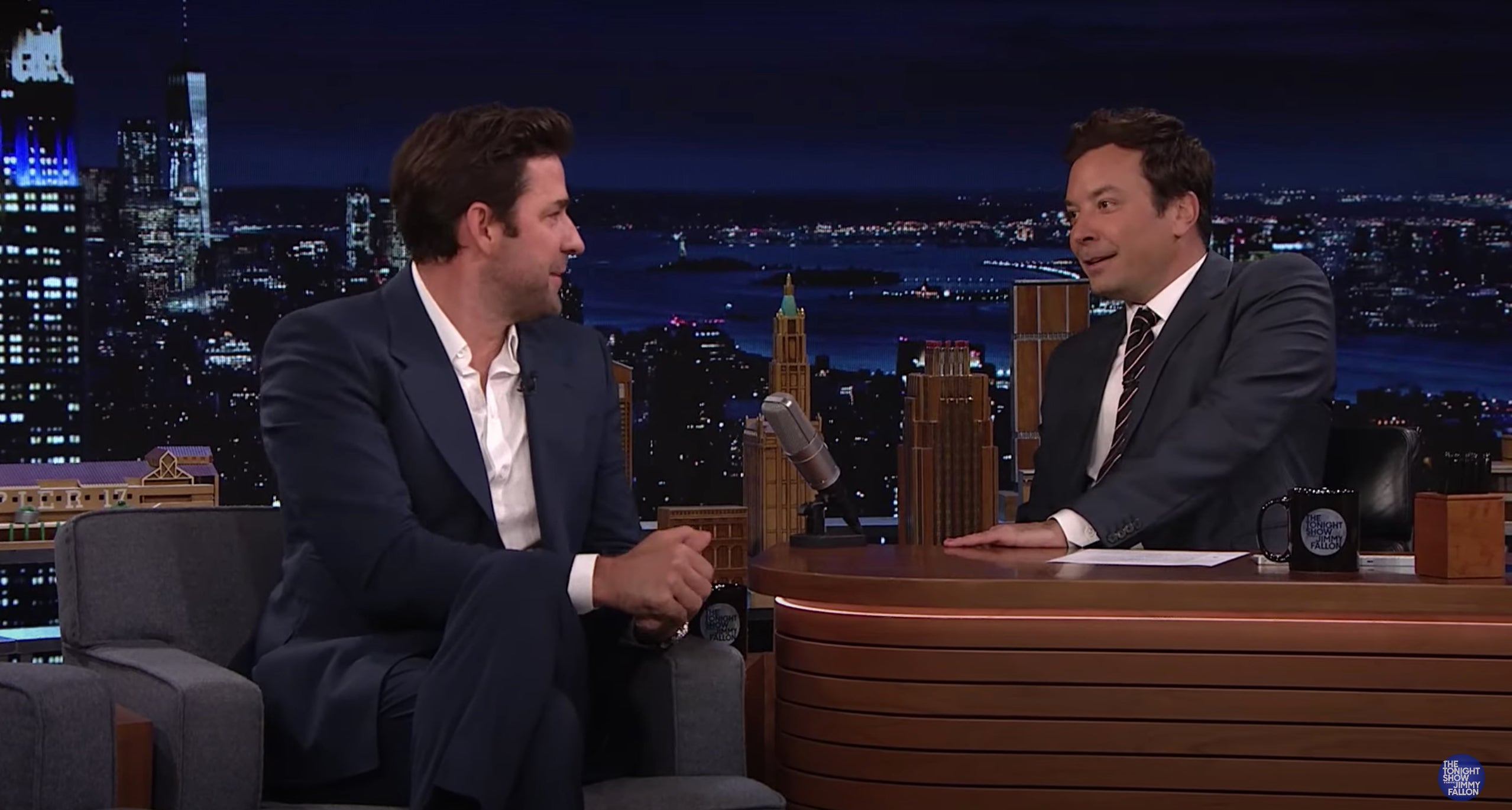 Newton native John Krasinski rose to stardom in the late 2000s thanks to his starring role as the prank-pulling Jim Halpert on NBC’s “The Office.” The series sets him up early on as an audience surrogate thanks to his relatable “Jim Stare” at the camera as he reacts to the antics of his fellow office-workers at Dunder Mifflin. But for years now, fan theories (and many, many articles expanding on or rehashing those fan theories) have asked an incendiary question: Is Jim Halpert the secret villain of “The Office”?

During an appearance on “The Tonight Show,” host Jimmy Fallon asked Krasinski about the pervasive theory, which argues that Jim’s tormenting of his coworkers — particularly office nemesis Dwight Schrute — and his emotional manipulation of eventual wife Pam Beesly make Jim the show’s prime antagonist.

Fallon quickly deflated the question, calling the theory “garbage.” Krasinski meanwhile, referenced his recent debut in Marvel Cinematic Universe as Mr. Fantastic in “Doctor Strange In the Multiverse of Madness” in his response.

“They’re onto me because I played [Jim] as a supervillain,” Krasinski joked. “That’s why I did Fantastic Four to balance it out. I’d already done the villain.”

Krasinski was tight-lipped about whether he would be involved in Marvel’s recently announced standalone Fantastic Four film, but was happy to talk about playing another iconic superhero on the big screen.

In the animated “D.C League of Super-Pets,” which hits theaters Friday, Krasinski plays Superman, while Dwayne “The Rock” Johnson plays his dog, Krypto.

In the film, Superman and the rest of the Justice League are kidnapped, leaving Krypto to assemble a team of pets and rescue his human companion.

“At first I was really excited to play Superman until they made my dog bigger than me, and somehow more handsome,” Krasinski said. “He’s played by Dwayne ‘The Rock’ Johnson.”

Krasinski imagined how the negotiations between Warner Bros. and Johnson must have gone down.

“They called and were like, ‘Hey, will you do Super-Pets?’ [And Johnson said] ‘Make the dog cooler,’” Krasinski joked.