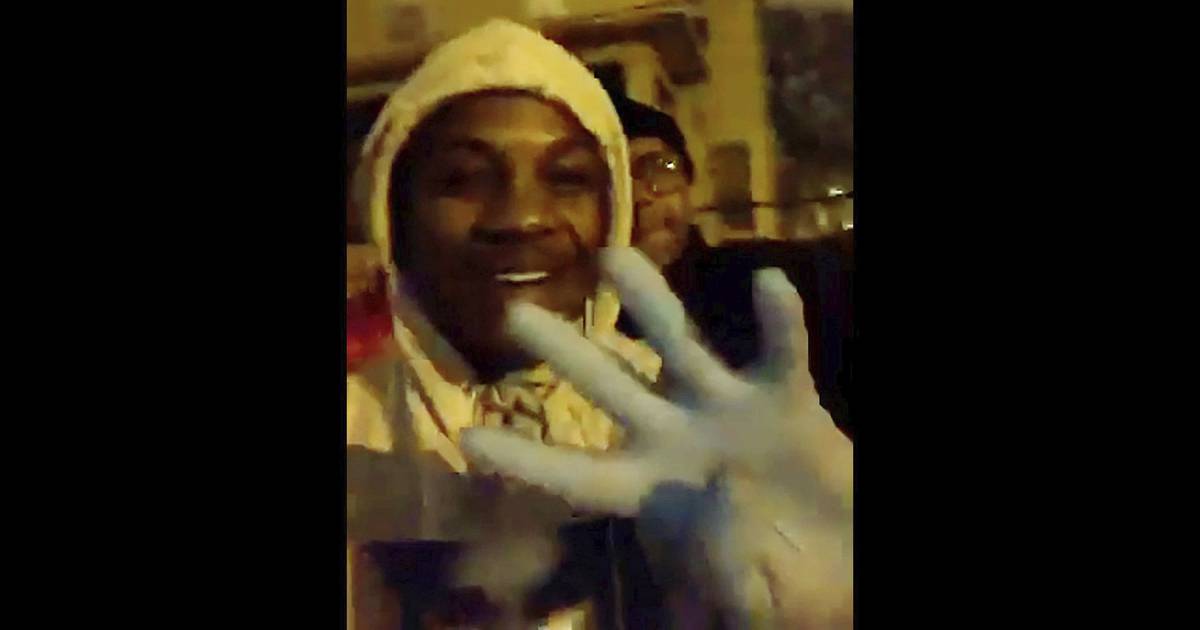 A federal jury on Tuesday found the reputed leader of the Wicked Town gang faction and one of his top lieutenants guilty of racketeering conspiracy involving a string of murders, shootings, robberies, and narcotics trafficking stretching back two decades.

After a seven-week trial, the jury of six men and six women deliberated for about 18 hours over three days before finding Donald Lee, 41, and Torance Benson, 31, guilty on all charges against them. They each face mandatory sentences of life in prison.

Among the jury’s findings: Lee personally participated in the July 2000 slaying of Lamont Ware during a gang fight in the city’s Austin neighborhood, which prosecutors said was Lee’s first “kill” and started his rapid rise through the gang’s ranks. The jury also held Lee responsible for five other slaying that occurred between 2002 and 2017, as well as firearms and drug trafficking offenses.

Benson, meanwhile, was found guilty of the Jan. 21, 2016, slaying of 23-year-old Martel Howard, who was shot in the back while standing with friends on the West Side.

Dressed in a brown sweater and collared shirt, Benson folded his hands and pressed them to his forehead as the verdict was announced in U.S. District Judge Thomas Durkin’s 25th floor courtroom, where U.S. Attorney John Lausch watched from the courtroom gallery.

Seated in front of Benson at a separate table, Lee, dressed in a gray sweater, started straight ahead as the judge read through the lengthy verdict form.

Durkin did not immediately set a sentencing date.

The verdict marked the end of a hard-fought trial at Dirksen U.S. Courthouse involving testimony from more than 100 witnesses about a seemingly unrelenting onslaught of violence, from blood-splattered cars and bodies on sidewalks to morgue photos, to the accounts of survivors who told the jury harrowing tales of being in Wicked Town’s crosshairs.

The trial presented a crash course in the entrenched gang lifestyle that drives so much of the city’s seemingly endless violence, from typical disputes over drug turf to the more recent phenomenon where tit-for-tat disses on social media foster a cycle of retaliation and murder.

In closing arguments last week, federal prosecutors told the jury that as appalling as it may seem, the bloodshed was just the ordinary course of business for the Wicked Town gang, a faction of the Traveling Vice Lords.

“That’s all Wicked Town does,” Assistant U.S. Attorney Meghan Morrissey said. “That is who they are.”

The Wicked Town case is one of several racketeering indictments brought in recent years under U.S. Attorney John Lausch. In May, four reputed members of the Goonies, a faction of the Gangster Disciples, are scheduled to go on trial in a string of killings and other shootings in the Englewood neighborhood from 2014 to 2016.

The trial was subject to tight security, including metal detectors outside the courtroom and a ban on electronics. Several witnesses who failed to appear out of fear of reprisal had to be arrested and brought into court on orders of the judge.

Attorneys for Lee and Benson had argued the prosecution’s case was built largely on the testimony of other Wicked Town members who cooperated with authorities in order to get a break in their own cases. Some of them are killers and admitted liars, while others have been paid by the government both in money and in promises of reduced sentences, according to the defense.

In his closing argument Wednesday, Matthew McQuaid, an attorney for Benson, labeled the parade of flippers the “Mercenaries of Cooperation,” con artists unmoored from any truth or facts and willing to do or say whatever the government wants to save their own skin.

“They’re not trying to reset the karmic balance of the Earth that they offset with their behavior,” McQuaid said. “They’re buying back their life. It’s purely selfish.”

Among them was Dante Dockett, a longtime Wicked Town associate who pleaded guilty to fatally shooting six people and trying to kill two others over a four-month span. Dockett testified last month that after learning in 2018 that members of his own gang had executed his longtime friend over suspicions he was a snitch, he decided to do the unthinkable — wire up for federal agents and help them solve the crime.

Lee’s attorney, Lisa Wood, said that when Dockett was confronted by inconsistencies in his statements on the witness stand, he just started “making up lies on the spot.”

“Are we really believing Dante Dockett’s trial testimony at this point?” Wood asked. “The serial killer who was doing this all for justice?”

The defense also urged the jury not to get swept up in all the bloody imagery they’ve seen and instead hold prosecutors to their burden of proof beyond a reasonable doubt.

“You can’t be overcome by the graphic violence, the result of the violence and what it does to a human body,” McQuaid said. “Those things are always ugly. It’s intolerable. It shocks the system. But as you sit there and you have to absorb all of this, you have to remain impartial and fair.”

Although both Lee and Benson opted not to testify in their own defense, jurors still heard their voices.

Prosecutors played Facebook Live videos posted by Benson and other members of Wicked Town standing on the block in their stronghold of Leamington Avenue and Ferdinand Street waving guns and taunting rivals.

Also a centerpiece of the trial were hours of wiretapped phone calls and other recorded conversations in which Lee allegedly discussed the gang’s business, from beefs over drug sales to beatings he administered to underlings as punishment for violating the gang’s strict rules against selling guns and cooperating with law enforcement.

Among the last pieces of evidence entered by prosecutors in their case in chief was a video-recorded statement Lee gave shortly after his arrest on a gun charge in 2020, before he knew of the scope of the federal investigation.

In that recording, Lee repeatedly defended Wicked Town and the street code by which he and associates lived, saying it was their only means of survival.

Dressed in a blue T-shirt, red-and-purple pajama bottoms and flip-flops, Lee spoke in a casual tone as he tried to tell the agents that he and his associates were careful only to go after rivals and snitches, who were playing the same dangerous game and deserve what they get.

“Like, that’s why I’m talking to you. I wanted to change your perception of Wicked Town,” said Lee, who was handcuffed to the cinder-block wall of a windowless interrogation room. “Wicked Town, yes, it’s a street gang. But at the same time, we don’t go killing people just to kill them. We out there hurting the right kind of people. No kids, no old lady. You see what I’m saying?”

Lee also riffed on the massive increase in firepower available on the streets, including large-capacity magazines and “switches” that turn ordinary pistols into machine guns capable of firing bursts of up to 40 bullets with a single squeeze of the trigger.

“I remember my first gun was a .38 with a nail in it,” Lee said at one point on the recording. “I had a put a nail in the barrel to keep it standing. Now these mother(expletives) got 40 clips with switches and (expletive). They think it’s a video game, we living in a (expletive) video game. This is ‘Grand Theft Auto.’”