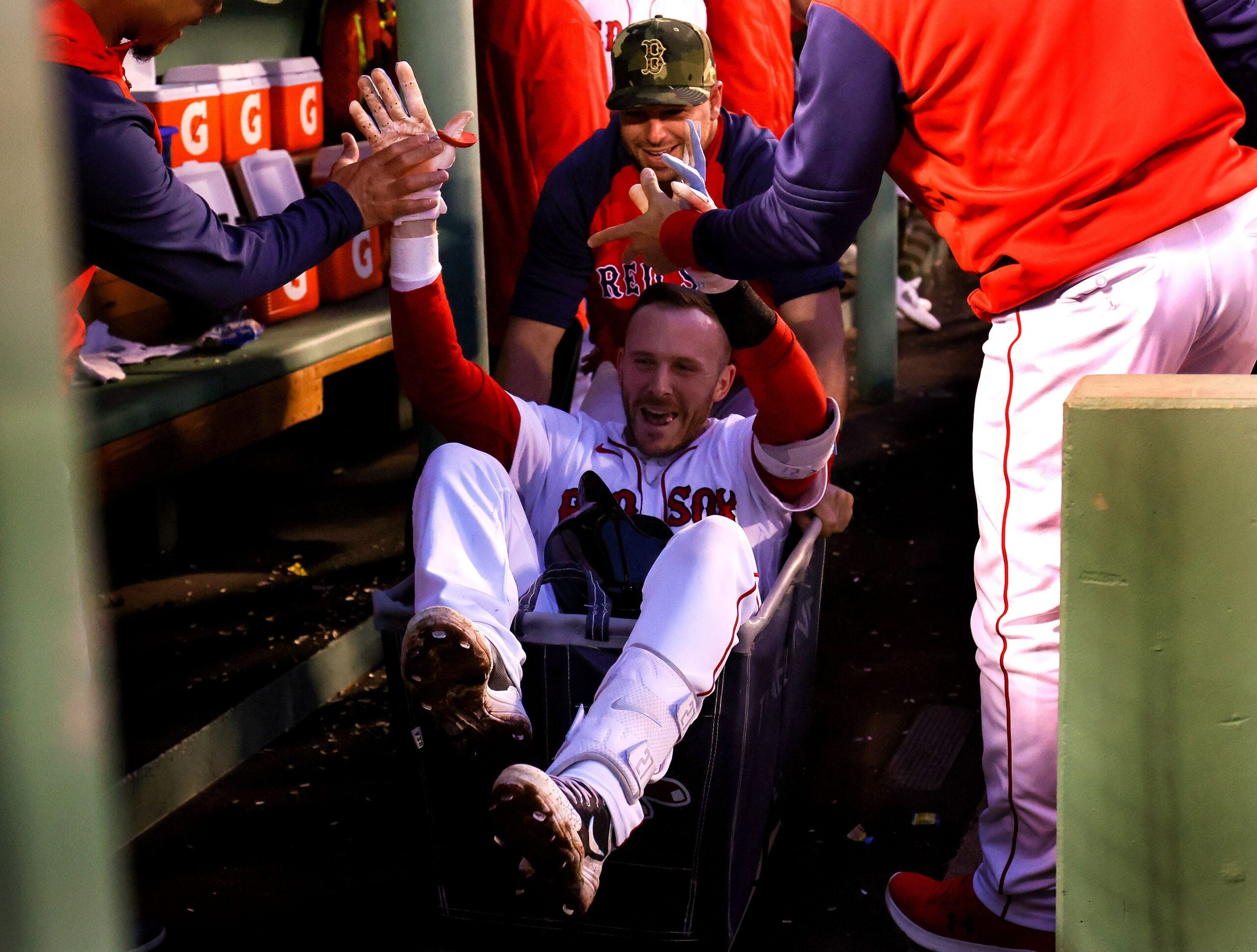 Trevor Story appears to be getting comfortable in Boston.

He’s hitting .400 with five home runs, 12 RBIs, and 10 runs in the last week and has been a catalyst as the Red Sox have finally started to resemble the team many expected to see from the start.

Story finished Thursday’s 12-6 win over the Mariners 4 for 5 with three home runs, seven RBIs, five runs, a walk, and a stolen base. The next night, he added a grand slam, and Jonny Gomes has the souvenir to prove it.

How unprecedented is Story’s surge? Here are some stats to help put it in perspective.

1. Story is the third player in Major League history to hit three home runs one night and a grand slam the next.

3. On Thursday, he became the first second baseman in MLB history to have three homers and a stolen base in the same game.

4. That same day, he joined Yoenis Cespedes and Eric Davis as the only players since 1901 to hit three home runs, score at least five runs, and have a stolen base in the same game.

6. According to the Red Sox, Story is the fifth Red Sox player with four-plus home runs and 11-plus RBIs in a two-game span. He joins Nomar Garciaparra, Ken Harrelson, Bobby Doerr, and Jim Tabor. Tabor and Doerr are the only others on that list to score six-plus runs.

7. After Friday, he joined renowned speedster Mo Vaughn as the only Red Sox players to hit six homers and steal four bases in a 10-game stretch. Vaughn did so twice in 1995.

8. One element of his recent explosion is part of a larger trend. Story has driven his teammates in at the second-highest rate (24 percent) among those who have batted with at least 80 men on base.

9. Story is one of four players in the Majors with five-plus homers, 25-plus RBIs, 20-plus runs, and five-plus stolen bases, joining Bryce Harper, Jazz Chisholm Jr., and Shohei Ohtani.

10. He leads the Majors with 22 RBIs in May after finishing with five in April.

“It’s no surprise, this little tear he’s been on,” pitcher Michael Wacha said. “He’s a heck of a player.”