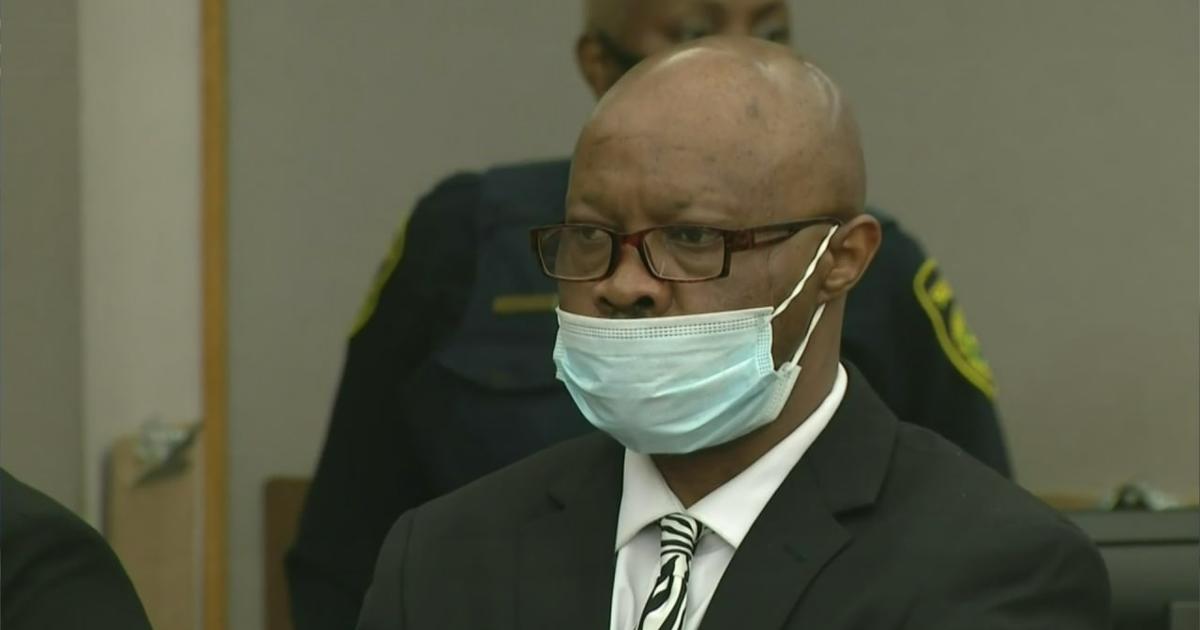 DALLAS (CBSDFW.COM) – He’s believed to responsible for more murders in North Texas than anyone else ever to face prosecution.

Billy Chemirmir will spend the rest of his life in prison after a jury found him guilty of one out of 2 dozen suspected murders.

This was a stunningly fast verdict for a capital murder trial.

The jury deliberated less than an hour, a testament to the overwhelming evidence against Billy Chemirmir.

Billy Chemirmir showed no visible sign of emotion when the jury foreman announced the guilty verdict in the courtroom after 4 days of testimony.

But there was a lot of emotion on display among dozens of family members of elderly women who investigators say were smothered to death with their pillows inside area senior living centers.

Mary Jo Jennings, a daughter of one victim, said, “On behalf of the many victims, we are incredibly relieved that justice is finally here, especially after the mistrial 5 months ago.”

That mistrial last year, because of one holdout juror, forced the victims’ families to testify again about the horror of finding out that the deaths of their elderly loved ones were not from natural causes, but instead at the hands of the 45-year-old Kenyan immigrant who would then steal their valuables.

Chemirmir was only tried for one murder, but is accused of as many as 24. He was caught because one victim survived and cell phone data linked him to others.

Former Dallas Cowboy Cliff Harris is the son in law of one of the victims. “…Justice prevailed. And I know our whole group is so happy.”

The murders have turned a harsh spotlight on security at retirement villages that these family members say was horribly inadequate because residents reported on multiple occasions that Chemirmir was trespassing.

Lori Delahunty, another victim’s daughter, said, “We hope that… that these communities wake up and hold themselves accountable. That when the residents go to the management and say, ‘Listen, there’s a trespasser or this person doesn’t look right,’ that they don’t dismiss it.”

Even though this verdict carries a life sentence with no possibility of parole there will be a second capital murder trial to ensure that if this conviction is for some reason reversed on appeal, Chemirmir will never get out of prison.